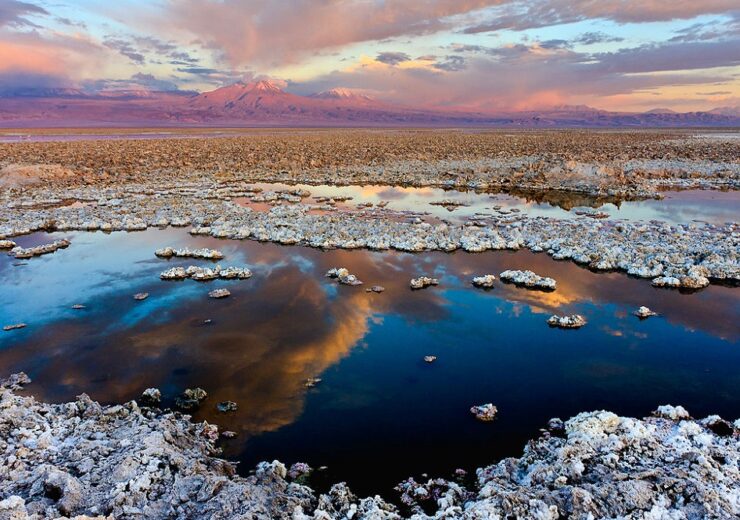 Lithium-producing countries have grown in stature on the world mining stage in recent years, as interest in the silvery-white metal grows in tandem with demand for the electric vehicles and consumer electronics whose rechargeable batteries it powers.

But as well as its use in lithium-ion batteries, the highly-reactive and flammable alkali mineral – sometimes referred to as “white gold” – is also used in ceramics and glass, lubricating greases, polymer production, and air treatment.

According to the latest figures from the US Geological Survey (USGS), global lithium production in 2019 stood at 77,000 tonnes – a 19% decline on the previous year that was a result of previous over-production and decreased commodity prices.

But with battery manufacturing expected to accelerate over the coming years, particularly as electric vehicles become more prevalent in key markets seeking to decarbonise, interest in the metal will continue to grow, and analysts expect worldwide demand will more than double by 2024.

Continued exploration efforts have seen global lithium-reserve estimates climb to 80 million tonnes – a significant proportion of which are located in South America’s “lithium triangle” – an area encompassing parts of Chile, Argentina and Bolivia.

Here, NS Energy takes a look at the most active lithium-producing countries around the world.

Top six lithium-producing countries in the world in 2019

Lithium extraction in the country comes largely from hard-rock mining of spodumene – an ore that contains high levels of lithium, as well as aluminium.

The Greenbushes lithium mine in Western Australia – a joint venture between US-based Albermarle and China’s Tianqi Lithium – is billed as the world’s largest project to extract the metal.

While it is the world’s top producer, Australia has only the fifth-largest known reserves of lithium in the world, estimated at 6.3 million tonnes.

Chile sits second on the list, accounting for 18,000 tonnes of lithium production in 2019.

Out of the three countries comprising the lithium triangle – Chile, Bolivia and Argentina – the nation has made the most successful progress in developing its vast natural resource to commercial scale.

It has the world’s third-largest reserves of the metal, totalling around nine million tonnes.

Lithium extraction in Chile, like in other South-American countries, is primarily achieved via solar evaporation of huge brine pools.

The Salar de Atacama salt flat is a key resource for the nation, and some of the world’s top lithium-mining companies have set up operations there, including Albermarle and Chile’s SQM.

The country is the world’s largest consumer of lithium, due to the size of its battery-manufacturing industry for electric vehicles and consumer electronics.

To supplement its domestic production, China – along with South Korea and Japan – is among the world’s top importers of lithium, much of which is sourced from Australian producers.

Tianqi Lithium and Ganfeng Lithium are two of the biggest Chinese producers of the metal, with mining operations both domestic and foreign.

Part of the famed lithium triangle, Argentina produced 6,400 tonnes of the metal in 2019, taking fourth place on the list of the world’s top-producing countries.

The South American nation is also home to the world’s second-largest known reserves, with 17 million tonnes concentrated in vast salt flats in the north west of the country.

The Salar del Hombre Muerto is a notable resource of lithium brines in Argentina.

Many companies have shown interest in investing in Argentina’s lithium industry in recent years, but financial instability in the country and issues with finding the right technical expertise have so far been a barrier to swifter progress, given the size of its reserves.

The only African nation on this list, Zimbabwe produced 1,600 tonnes of lithium in 2019 – maintaining the same level as the previous year’s total.

Hard-rock extraction of lithium ore is the dominant method used in the country.

The Bikita mine in Masvingo Province in the south of the country is Zimbabwe’s largest operational lithium mine, and has been active since the 1950s.

The Arcadia Lithium Project, a venture run by Australia-based miner Prospect Resources, is nearing commercial readiness. The mine is based just east of the capital Harare in northern Zimbabwe.

The mining industry is a significant contributor to Zimbabwe’s domestic economy, although the country has historically been better know for its production of precious metals like gold and platinum rather than lithium.

Portugal is the world’s sixth-largest lithium-producing nation, and the top producer among European countries with an output of 1,200 tonnes in 2019.

According to USGS data, the country holds around 250,000 tonnes of lithium resources – and 60,000 tonnes measured in mine reserves.

The Mina do Barroso Lithium Project in northern Portugal – owned and operated by UK-based Savannah Resources – is Europe’s most significant deposit of lithium-containing spodumene ore.