Top six countries with the largest lithium reserves in the world

Lithium is growing in demand, but many of the countries with the biggest-known reserves have yet to successfully commercialise the resource at scale 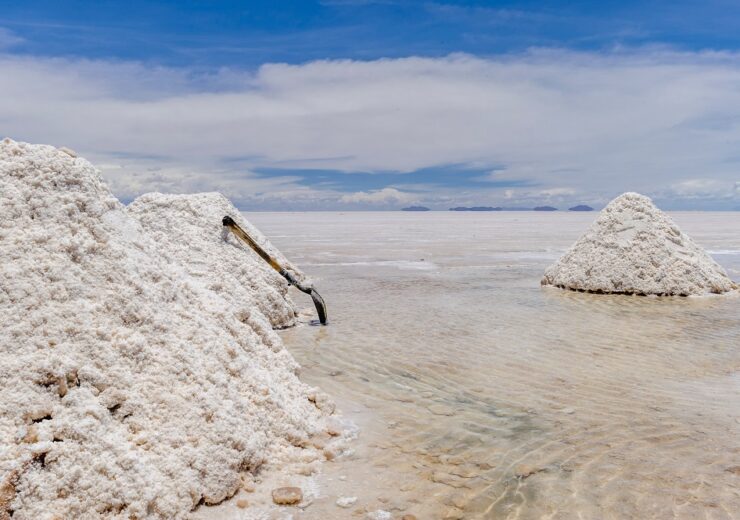 The Salar de Uyuni salt flat in Bolivia is the world's single-largest lithium resource, and is visible from space

According the US Geological Survey (USGS), there are around 80 million tonnes of identified reserves globally as of 2019. That’s up almost 30% compared to a year earlier.

Lithium is a key component of batteries and other electronics that are becoming increasingly common around the world – particularly in the case of rechargeable lithium-ion batteries used in electric-vehicle manufacturing, as well as larger-scale battery storage.

With these manufacturing trends expected to accelerate over the coming years as the energy transition accelerates, interest in this silvery-white metal will continue to grow, and analysts expect global demand will more than double by 2024.

Lithium can be extracted in different ways, depending on the type of the deposit – generally either via solar evaporation of large brine pools, or from hard-rock extraction of the ore spodumene.

Several innovative technologies are also being developed to establish new, more efficient ways of extracting the metal as its popularity continues to grow.

While the USGS also provides data on the biggest “mine reserves” of the metal – in descending order: Chile, Australia, Argentina, China, US – the following list is of those countries in the world with the largest overall lithium reserves, regardless of their stage of development.

Top six countries with the largest lithium reserves in the world

One third of the “lithium triangle” in South America – which also comprises second and third-placed Argentina and Chile – Bolivia is home to the world’s biggest lithium reserves.

With estimates of 21 million tonnes, the country holds about one quarter of the entire global resource – including the world’s single-biggest lithium deposit, the Salar de Uyuni salt flat, which is visible from space.

These reserves have remained largely undeveloped, however. Technical, geographic and political challenges have prevented Bolivia from maximising this huge natural resource.

Former president Evo Morales had pledged to accelerate the development of a Bolivian lithium industry, but he resigned from office in 2019 amid political instability.

His eventual successor, Luis Arce, is considered likely to resume these plans and make Bolivia “the lithium capital of the world”, but his ability to successfully commercialise the resource remains to be seen.

Argentina has the world’s second-largest lithium reserves, totalling around 17 million tonnes. Like neighbouring Bolivia and Chile, these reserves are contained in vast salt flats, where the solar evaporation of brine pools is the technique used to extract it.

The Salar del Hombre Muerto salt flat is a notable lithium resource in the country.

Many companies have shown interest in investing in Argentina’s lithium industry in recent years, but financial instability in the country and issues with finding the right technical expertise have so far been a barrier to swifter progress, given the size of its reserves.

Nevertheless, the country has the third-largest mine reserves of lithium in the world, estimated at around 1.7 million tonnes – and in 2019 it produced 6,400 tonnes of the metal.

Stretching down the south-western coast of South America, Chile accounts for around nine million tonnes of lithium reserves.

Unlike the other two countries forming the lithium triangle, however, Chile has succeeded in developing a prolific mining industry for the metal – and in 2019 had by far the world’s largest mine reserves, totalling 8.6 million tonnes.

In the same year, it was the world’s second-highest producer of lithium, with a national output reaching 18,000 tonnes.

Favourable conditions for evaporation compared to the more humid regions of Bolivia and Argentina, as well as fewer brine impurities and better export access to the South Pacific Ocean have helped it to outpace its neighbours.

The Salar de Atacama salt flat is a key resource for the country, and many of the world’s top lithium-mining companies have set up operations there, including US-based Albermarle and Chile’s SQM.

Although the US has the world’s fourth-largest lithium reserves, measured at 6.8 million tonnes according to the US Geological Survey, production activity in the country is minimal.

There was just one active US operation in 2019 – a brine-extraction project in the state of Nevada.

The majority of the country’s lithium consumption is supplied by imports from Argentina and Chile.

President Donald Trump took steps to boost the country’s domestic production of strategic resources like lithium in 2020, amid concerns over mineral security and the supply-chain dominance of rivals like China and Russia.

Lithium resources in the US can be found in continental brines, geothermal brines, hectorite, oilfield brines, and pegmatites.

In late 2020, Elon Musk, head of the EV manufacturing giant Tesla, teased plans to launch a lithium-mining operation on US soil – also in Nevada – as the company seeks to secure a domestic supply chain for the batteries used in it vehicles.

Australia may only rank fifth on the list of largest overall reserves with 6.3 million tonnes, but it was by far the world’s biggest lithium producer in 2019.

Mine output from the country stood at 42,000 tonnes in the year – compared to second-placed Chile, which produced 18,000 tonnes.

Australia’s mine reserves of lithium are second-only to Chile, totalling 2.8 million tonnes.

Lithium extraction in the country comes largely from hard-rock mining of spodumene – an ore that contains high levels of lithium, as well as aluminium.

The Greenbushes lithium mine in Western Australia – a joint venture between Albermarle and China’s Tianqi Lithium – is billed as the world’s largest project to extract the metal.

In 2019, lithium exports from Australia are reported to have totalled almost $1.6bn, with most of the trade going to China.

China is sixth-placed on the list, with overall lithium reserves estimated at 4.5 million tonnes. In 2019, the country produced 7,500 tonnes of the metal – the third-highest level worldwide.

It is also the world’s largest consumer of lithium, driven by the size of its manufacturing industries for consumer electronics and batteries used in electric vehicles.

Because of its high consumption rate, China also imports much of its lithium to supplement domestic production, much of which comes from Australian operations.