What are the prospects for Bolivia’s lithium mining industry in Morales’ absence?

Bolivia is home to at least a quarter of the world's known lithium reserves, but technical, political and economic factors could prevent a 'white gold rush' 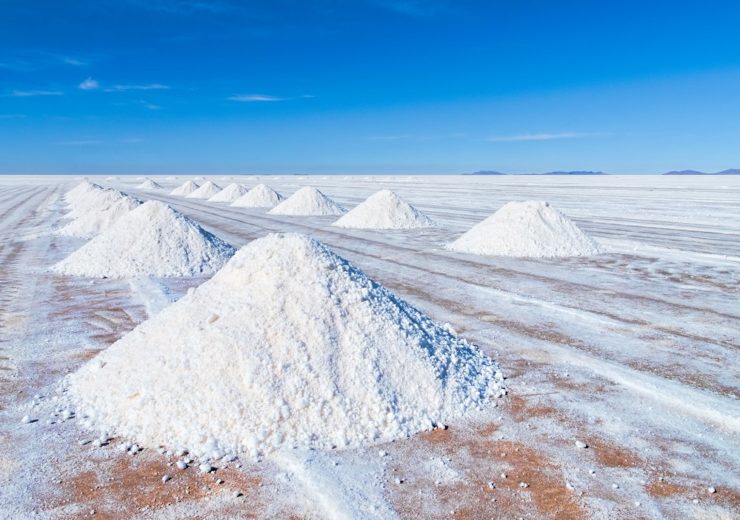 As development of consumer electronics and batteries for electric vehicles continues to gather pace, demand for lithium, a key component in these products, draws focus to regions like Bolivia where large amounts of the mineral can be found.

Lithium has grown significantly in stature in recent years as a key ingredient used in the production of consumer electronics and electric vehicles.

Vast amounts of the silvery-white powder, sometimes referred to as “white gold”, can be found deposited in South American countries clustered around the Andes mountain range – most notable of which is the “lithium triangle” of Argentina, Chile and Bolivia.

From these regions, the metal is exported to countries like China and South Korea where electronics are being manufactured in earnest – providing developing, resource-rich economies with a potentially lucrative pathway for mineral extraction.

But recent political instability in these countries – Chile and Bolivia in particular – has cast mining prospects in a new relief, and highlighted the drawbacks of reliance on commodities based in volatile areas of the world.

Widespread riots across Chile in recent weeks – which forced the country to abandon its plans to host the UN’s COP25 environment summit in December – over high levels of inequality have disrupted operations at numerous mining operations, including lithium projects.

In Bolivia meanwhile – a country that is home to at least a quarter of the world’s known lithium resources – the resignation of former president Evo Morales amid allegations of election fraud has created further instability.

Evo Morales had planned to develop lithium resources in Bolivia

Since Morales was forced into resignation earlier this month, fleeing to exile in Mexico, violence on the streets of Bolivia has flared between his supporters and security forces – with reports of a death toll rising beyond 30.

But before he was driven from office, the president had embarked on a plan for widespread industrialisation of his country’s bountiful lithium resources – posing the question of whether or not this will proceed in his absence.

Writing for academic website The Conversation, Strathclyde Chancellor’s Fellow at the University of Strathclyde, Matthew Eisler, says that the prospect of a Bolivian “white gold rush” appears to be off the cards now Morales has left office.

He explains: “Sceptical observers pointed out that this ambitious scheme faced a host of serious technical, economic and geopolitical obstacles from the outset.

“Lithium is mined in two ways – from hard rock, as in Australia, one of the world’s largest producers, or by evaporating the thin layer of brine that covers salt pans. This is how it is done in the Chilean and Argentine deposits.

“But the Salar de Uyuni – world’s single largest lithium deposit, based in Bolivia and visible from space – is wetter and at a higher altitude of 3,656 metres, so evaporation there is less efficient.

In 2018, the Bolivian government under Morales formed an agreement with German manufacturer ACI Systems to build processing equipment for the country’s vast lithium reserves.

But days before the former leader left office the deal was cancelled after a series of delays and disputes over royalties.

Eisler adds: “It is impossible to abstract lithium politics from Bolivia’s long-standing social crisis, often characterised as a struggle pitting white economic elites based in the lowland city of Santa Cruz, the commercial centre, against the largely indigenous political class in highland La Paz, the national capital.

“Critics argued that the integrated lithium operation had been ill-coordinated, and some welcomed the coup as an opportunity to reorganise and speed up the effort.”

Political volatility aside, international market forces will also play a crucial role in the future of lithium mining in Bolivia, with electric vehicle manufacturing currently one of the most significant drivers of demand for the mineral.

Eisler explains: “The reality is that Bolivia is beholden to forces largely out of its control. Its lithium reserves are isolated and hard to process, but the main factor preventing a white gold rush is the uncertain market for all-battery electric vehicles.

“There are around five million electric vehicles in the world today – an impressive figure in historical context, but electric cars still represent only 0.7% of overall production, and mainstream automakers are not keen to ramp it up.

“Because the electric vehicle fleets are so new, nobody knows what battery lifetime and lifecycle costs might be, and who is going to pay for replacement packs.

“Right now, those costs are decoupled from market demand and obscured by public subsidies that in some cases are being phased out.

“These uncertainties are bad news for lithium producers.

“Expecting an electric vehicle boom, they overinvested and created a supply glut that slashed the price of lithium carbonate from $25,000 to $10,000 per metric tonne over the past two years.

“You might think this would make for cheaper batteries, but battery packs are actually less sensitive to the prices of commodity materials than typically assumed – instead, much of the cost comes from manufacturing inefficiencies.”