Argentina had high hopes the vast Vaca Muerta shale deposit could boost its struggling economy, but Covid-19 has thrown cold water on these ambitious plans 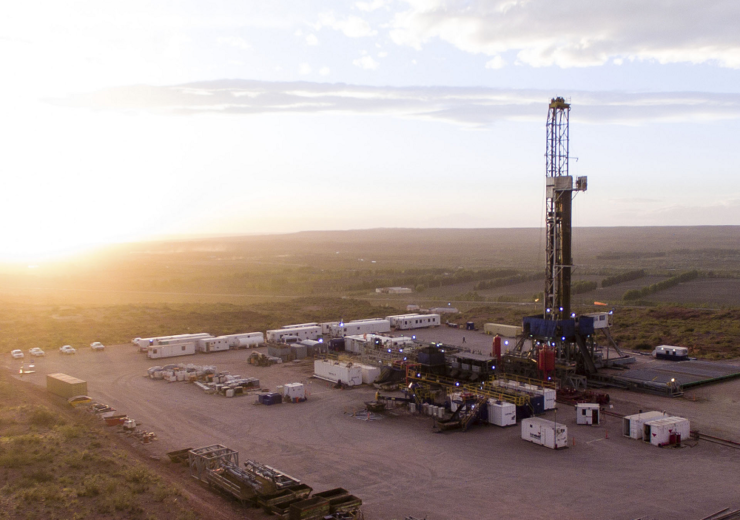 Loma Campana is one of Vaca Muerta's most productive shale operations (Credit: YPF)

Heralded as the jewel in Argentina’s energy crown, the Vaca Muerta shale play is facing difficult times ahead as the impact of a global pandemic hits commodity prices and cools the appetite for investment.

Operations across the unconventional oil and gas field, one of the world’s largest, have slowed significantly in recent months as Covid-19 batters energy demand and has forced major producers to scale back both their production and capital spending plans.

Coupled with the reduction of government subsidies to develop the assets, and broader global pressure to accelerate the low-carbon transition, these shocks have the potential to spoil Argentina’s hopes of boosting its economic fortunes through shale fracking and achieving energy independence.

But the Institute for Energy Economics and Financial Analysis (IEEFA), a research group, suggests these combined pressures present the South American nation with a window of time in which to reassess its energy ambitions and plot a different route to self-sufficiency.

“His administration can learn lessons from the failure of fracking in the US Permian Basin, and avoid the boom-bust cycle that increasingly seems more bust than boom.”

Dead Cow in its English translation, Vaca Muerta is considered the world’s second-largest shale deposit, with around 308 trillion cubic feet of recoverable gas resources and 16 billion barrels of recoverable oil and condensate, according to the US Energy Information Administration (EIA).

Its resource potential has attracted the attention of Big Oil in the decade since the first discovery was made in 2010, with the likes of Chevron, Shell, ExxonMobil, Total and BP all flocking to the country to work alongside Argentina’s majority state-owned energy firm YPF.

Under the leadership of former president Mauricio Macri, Argentina had high hopes of emulating the famed US shale revolution and weaning the country off reliance on imports to satisfy domestic demand.

The 2018 Energy Plan targeted doubling the country’s oil and gas production over five years, but the following year brought a series of economic and policy changes that put these plans into jeopardy — including the election of a new president.

According to IEEFA’s analysis: “In early 2019, a retroactive policy change to support prices for unconventional gas production caused many oil and gas companies to shift to oil production in Vaca Muerta.

“In August, primary election results triggered a series of economic events, including a massive devaluation of the peso and plunging prices for Argentina’s stocks and bonds.  Later that month, the Macri government issued an emergency decree, which froze the price of oil at prices lower than production costs.

Big subsidies had initially been handed out to companies seeking to develop the fields, which are mostly located in the Neuquén Province in the west of the country near the Chilean border, but this struggling economy laden with debt has since forced these incentives to be scaled back.

Investment in the project totalled $4.9bn in 2019, which while a notable increase on the previous year was still far short of the annual $15bn to $20bn considered necessary to develop the shale play’s potential.

So far, 2020 has brought only further negativity to the picture, as the impact of coronavirus on fuel demand around the world sent oil and gas prices falling, prompting producers to rein in production as a result of a global oversupply, and forcing operators to drastically revise down their capital spending plans to protect balance sheets.

According to analysis from IHS Markit, the rapid drop in oil prices since the start of the year threatens to wipe $13bn from the value of Vaca Muerta assets, while oil production levels during 2020 are expected to total 90,000 barrels per day (bpd) – down from the pre-crisis forecast of 130,000 bpd, and less than 2019’s level of around 100,000 bpd.

State-backed YPF has announced a series of capital spending reductions in response to both the 2019 price freeze and the coronavirus crisis, while the foreign oil firms that have entered the market have also announced expenditure cutbacks of their own.

Chevron and Mexico’s Vista Oil – which together alongside YPF accounted for 39% of investments into unconventional production in Neuquén Province during 2017 and 2018 – have both announced plans to roll back spending for Vaca Muerta.

Vista’s spending cut is particularly notable, falling from a planned $300m to $95m for the year ahead, according to IEEFA.

“We have stopped drilling and completion activities and scaled-down other capex projects as well which will generate a reduction of 50% to 65% with respect to our original guidance.”

Other major players across Vaca Muerta, including Shell, Total, BP and Exxon, have all announced deep company-wide spending cuts over the year as they grapple with the financial implications of Covid-19 — cuts that are likely to impact their least-established assets the most.

“As foreign oil and gas companies rein in their capital expenditures globally, expanding their nascent operations in Argentina will be postponed — or abandoned entirely,” says IEEFA.

The group’s director of finance Tom Sanzillo adds: “These findings and recent production numbers show that the 2018 Argentine Energy Plan formulated under Macri has failed to materialise, and the new president must rewrite Argentina’s energy future.

“The country’s new administration has an opening to consider alternative approaches to meet the country’s energy needs and promote economic recovery.”