Demand for the metal is expected to reach 117 kilotonnes by 2024, driven by the growth of EV battery production, particularly in China 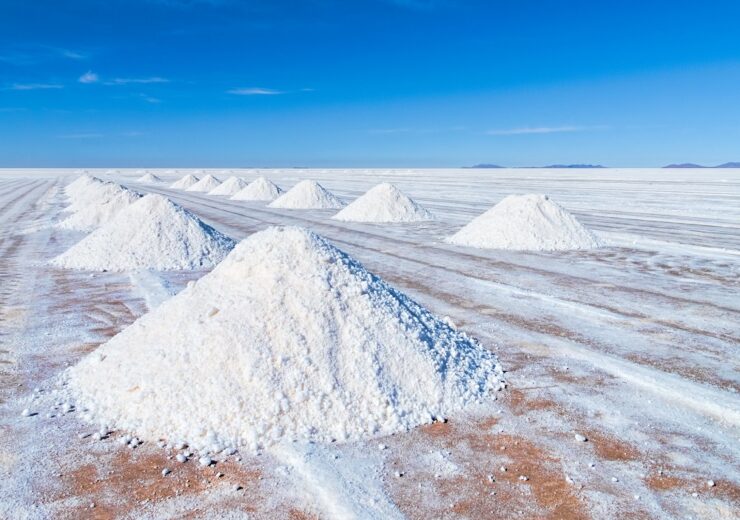 Global demand for lithium is expected to more than double over the next four years, driven by the expansion of the global fleet of electric vehicles.

The metal is used to build the batteries used in electrified forms of transport, and with EV production projected to increase from 3.4 million vehicles in 2020 to 12.7 million by 2024, it will become increasingly sought after by global manufacturers.

According to analysis firm GlobalData, lithium demand will grow at a compound annual growth rate of 25.5% over this four-year period, rising from 47.3 kilotonnes (kt) to 117.4kt.

China will be the key driver of growth, as it ramps up its battery-manufacturing activities – a sector in which it already dominates the global marketplace.

GlobalData estimates that China’s lithium-ion battery-manufacturing capacity will increase by around 48% over the next four years to 575.3 gigawatt hours (GWh) by 2024.

EV sales in the country are also poised to increase – and with China now committed to achieving decarbonisation by 2060, its focus on electrifying road transport is likely to accelerate even faster than previously anticipated.

“The country’s decision to cut subsidies in a phased manner until 2022, rather than eliminating them in 2020, is expected to provide an essential boost to the domestic market, as well as the overall global EV market.”

Large-scale lithium production is concentrated in a handful of regions around the world – notably in South America in what is known as the “lithium triangle” where the mineral is extracted from vast brine pools via solar evaporation, and in Australia where it is mined from hard rock ores.

Bajaj said: “Lithium production over the next four years will be mainly supported by output from existing Australian mines such as Mount Cattlin and Pilgangoora.

China has established a stronghold over lithium supply chains around the world, as it positions itself to satisfy the huge demand for the metal in its domestic market.

Its influence over this increasingly-important commodity is a growing concern among other nations – particularly the US where President Donald Trump has made addressing the country’s dependence on “foreign adversaries” for critical minerals like lithium a key focus of his administration.

Last week, he signed an executive order declaring a “national emergency” over the state of the US mining industry and its overreliance on foreign imports – mainly from China – for its supply of 35 critical minerals, including lithium.

The European Union has also recently added lithium to its own list of these strategic minerals for which it wants to establish more robust supply chains.

The European Commission estimates the region will require up to 60 times more lithium by 2050 compared to current levels of demand.