The executive order aims to boost US domestic production of critical minerals, amid White House concerns over the reliance on imports from China 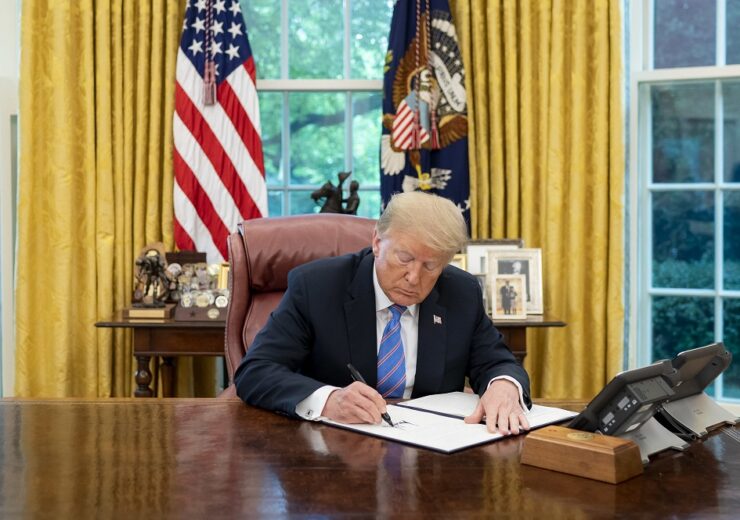 A national emergency has been declared over the state of the US mining industry and its overreliance on critical minerals sourced from “foreign adversaries”.

In an executive order, President Donald Trump identified a list of 35 critical and rare earth minerals that are “indispensable” to the country, saying “we presently lack the capacity to produce them in processed form in the quantities we need”.

He said the reliance on imports for these commodities constitutes “an unusual and extraordinary threat” to the economy and national security of the US.

Such strategic minerals include barite, gallium and graphite as well as more commonly-known cobalt, lithium, aluminium and uranium. They have a range of applications, from military equipment to electronics manufacturing and energy generation.

The presidential order states that, in addition to the critical minerals identified under the national emergency, the US must also “broadly enhance” its overall mining and processing capacity.

“By expanding and strengthening domestic mining and processing capacity today, we guard against the possibility of supply chain disruptions and future attempts by our adversaries or strategic competitors to harm our economy and military readiness,” he added in a statement.

Election support from US mining communities swayed by President Trump’s promises to revive the declining industry were key to his victory in 2016. With another presidential election now just a month away, he will be hoping to secure similar support once again.

National Mining Association chief executive Rich Nolan welcomed the move, saying import reliance has been a “silent and growing threat” to the US.

“This executive order not only brings to light the grave vulnerabilities that exist in our national security, manufacturing, energy and medical supply chains given our reliance on geopolitical rivals for minerals we could be sourcing here at home, but also acknowledges that all minerals are critical when you need them and can’t get them,” he added.

US could impose trade restrictions on imports of critical minerals

The executive order tasks government agencies to investigate the “undue reliance” on critical mineral imports, and recommend action that could include tariffs, quotas or other trade restrictions “against China and other non-market foreign adversaries” deemed to be operating against US interests.

It also directs the Interior Department to explore the feasibility of using the Defense Production Act to advance the development of mining production equipment for critical minerals.

President Trump added: “Our dependence on one country, the People’s Republic of China, for multiple critical minerals is particularly concerning. The US now imports 80% of its rare earth elements directly from China, with portions of the remainder indirectly sourced from China through other countries.”

Mineral security has long been a concern of the Trump administration. In 2017, the president asked the Interior Department to identify which commodities were of critical, strategic importance to the US.

For 31 out of the 35 that were identified, President Trump said the US relies on imports for more than half of its annual consumption – and there is no domestic production at all for 14 of them.

Earlier this year, the US and Canada agreed a joint action plan to strengthen their “mutual interests” over critical mineral supply chains.