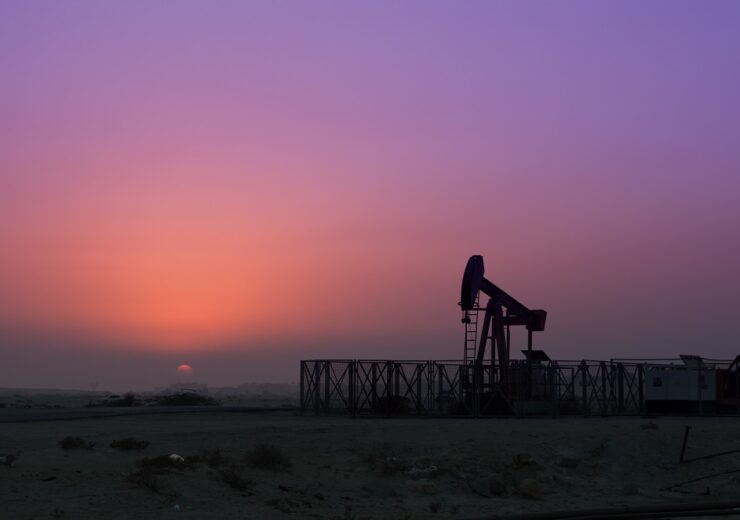 NOCs could spend $1.9tn on oil and gas projects over the next ten years, but future demand and price uncertainty present economic risks (Credit: Azahar Photography/Shutterstock)

Around $400bn in oil and gas investment made by state-run national oil companies (NOCs) over the next decade could prove economically unviable if global decarbonisation targets are achieved, according to a new analysis.

National Resources Governance Institute (NRGI), a New York-based non-profit organisation, warns of the danger to resource-rich developing economies through government plans for “risky” oil and gas spending at a time when low-carbon industries are gaining ground on their fossil-focused rivals, putting pressure on oil prices.

The group estimates that of the $1.9tn that could be spent by NOCs over the next ten years, about a fifth would not result in a profit if the energy transition proceeds in line with the climate commitments set out in the Paris Agreement.

“If widespread carbon capture and storage technologies are not deployed, this figure would climb even higher,” it adds in a report published today (9 February).

Patrick Heller, NRGI advisor and report co-author, says: “A huge amount of state investments in oil projects will likely only yield returns if global oil consumption is so high that the world exceeds its carbon-emission targets.

“This risky spending has major implications for the economic futures of national oil companies’ home countries.”

While publicly-listed multinational oil and gas companies like BP, Shell or Exxon face regular investment scrutiny from their shareholders, the decisions and activities of national oil companies are determined by government policy.

In developing countries where national revenues are heavily dependent on the extraction and sale of natural resources, economic fortunes can hinge on the success or failure of the investments made in these industries.

But as more and more countries around the world – including the likes of China, Europe and now the US – make concrete pledges to reduce emissions and replace fossil-based energy sources with low-carbon alternatives, there is growing uncertainty over long-term demand for these resources and the value they are able to fetch, particularly oil.

NRGI cites various long-term price analyses suggesting a successful energy transition in line with the Paris Agreement will lower the price of oil to $40 per barrel or below. At this level, many future NOC projects would be unable to break even, putting the capital invested in them at risk.

The disruptive impact of the pandemic on fuel demand last year offered a glimpse of what may be to come as the as the world economy increasingly turns away from oil as an energy carrier.

Prices suffered massively as global lockdown restrictions wiped around 9% from global demand over the course of the year, delivering multibillion-dollar losses for the largest producers and prompting industry-wide cuts to capital spending and operating costs.

The price of a barrel of Brent crude has now recovered to above $60 for the first time in more than a year, potentially encouraging NOCs to plough ahead with expensive new oil projects.

But many in the industry have decided to revise down their long-term price forecasts, and the accelerating shift towards decarbonisation has raised questions over whether oil demand will ever recover to its pre-pandemic levels.

Many of the world’s largest public oil and gas companies have now launched strategies to shift their focus away from oil and gas in favour of renewables and electrification, while major financial institutions are limiting their exposure to fossil fuel industries amid mounting global pressure to respond to climate change.

“State oil companies’ expenditures are a highly-uncertain gamble,” says David Manley, NRGI senior economic analyst and report co-author. “They could pay off, or they could pave the way for economic crises across the emerging and developing world and necessitate future bailouts that cost the public dearly.”

The size of this risk varies across regions, depending on the size of the reserves controlled by an NOC, the costs associated with resource development and the proportion of the national budget allocated to the industry.

NRGI notes that major players in the Middle East like Saudi Aramco and Qatar Petroleum have a “built-in advantage” with their large reserves that can be developed cheaply.

“This gives them margins of manoeuvre for new business lines and positions them to be the ‘last one standing’ even as others shift away from oil and gas,” the group adds in a separate briefing focused on the Middle East North Africa region.

“Companies with small proven reserves or whose remaining reserves will be more expensive to develop face more severe challenges, with little assurance that they will be able to develop profitable new projects or spread risk across a more diverse portfolio.”

NOCs produce half of the world’s oil and gas and are responsible for 40% of the capital invested into the industry, according to the report. As efforts are made to limit global warming through emissions reduction, there will be a growing tension between governments seeking to maximise the economic potential of their natural resources and those advocating for a progressive shrinking of fossil industries.

“Either the world does what’s necessary to limit global warming, or national oil companies can profit from these investments,” the NRGI report notes. “Both are not possible.”

Heller adds: “NOCs will have a major influence on the success of the push for a managed decline in fossil fuel production worldwide. Authorities in many producing countries risk pushing ahead with new investment regardless of what is economically and ecologically feasible, and the outcomes could be dire.

“If international oil companies and private investors make good on their stated ambitions to move away from hydrocarbons, state actors may be even more tempted to step in and fill the gap in oil production.”