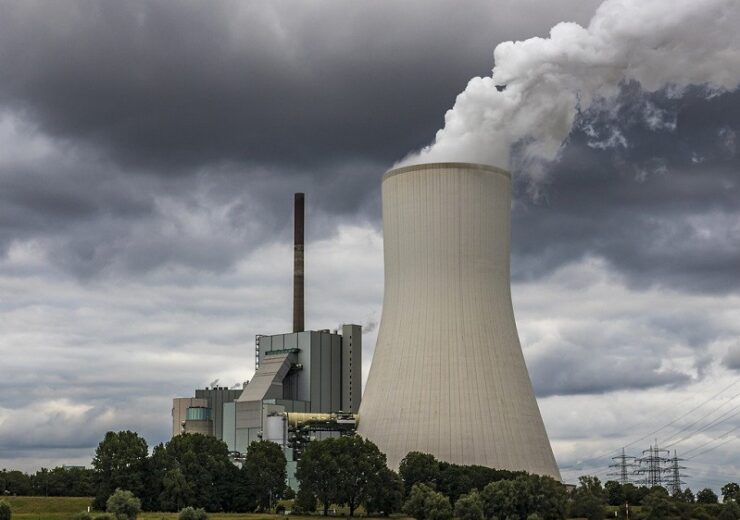 As coal-plant operators seek ways to repurpose their old units to avoid them becoming stranded assets, conversion to natural gas has been a widely-adopted strategy in the US and is also favoured by Alberta, Canada-based TransAlta.

Between 2011 and 2019, 121 coal-fired units in the US were repurposed to burn other types of fuel, according to the US Energy Information Administration (EIA).

In this period, owners of 17 old coal-fired plants opted to replace them with new natural gas-fuelled combined cycle plants, which have a total generating capacity of 15.3 gigawatts (GW) – 94% more than the 7.9GW of coal-fired capacity they replaced.

Meanwhile, 104 US coal-fired units converted their steam boilers to burn other fuels – most commonly natural gas, although some were configured to burn petroleum coke (a refinery by-product), waste materials from paper and pulp production, or wood-waste solids.

Some 86 of the 104 units have converted their boilers to burn natural gas, representing 14.3GW of capacity. Although most transitioned entirely to natural gas, a few maintained coal-burning capabilities, allowing them to burn whichever fuel is most economically efficient.

Coal-fired plants in the eastern half of the country have been good candidates for conversion because they tend to be smaller-capacity units and are mostly more than 50 years old, says the EIA.

The utility with the most conversions between 2011 and 2019 was Alabama Power, which converted ten units located at four coal plants in Alabama, totalling 1.9GW of capacity.

These conversions took place between 2015 and 2016, largely to comply with the Mercury and Air Toxics Standards (MATS) requirements of the US Environmental Protection Agency (EPA).

As the US coal-fired fleet “continues to manage challenges from emission standards and low prices for natural gas”, the EIA expects more of these conversions to take place in the future, particularly in the midwest and southeast.

It says it has been notified of eight planned combined cycle plants, five of which are currently under construction, that will replace existing coal plants.

Among the significant coal-to-gas combined cycle conversions currently underway in the US is the five-year project at Cooperative Energy’s R.D. Morrow, Sr. Generating Station (Plant Morrow) near Purvis, Mississippi.

The plant will be equipped with a Siemens HL gas turbine plus Nooter Eriksen heat recovery steam generator (HRSG) and re-use of an existing steam turbine.

The resulting combined cycle plant, scheduled to achieve first fire in summer 2022 and be fully commercial by March 2023, will have an installed capacity of 550 megawatts (MW) – 400MW from the gas turbine and 150MW from the re-used steam turbine. It will have an overall heat rate of around 6,500 British thermal units per kilowatt hour (Btu/kWh).

In August 2020, Burns & McDonnell reported that it had completed the demolition phase of the project for Cooperative Energy, which is a grouping of 11 electricity distribution co-operatives.

The ageing coal units, which entered service in 1978, were not proving competitive in MISO, with rising coal costs and falling gas-fired generation costs.

As well as being inefficient, the coal units were also inflexible, requiring “36 hours to reach full load from a cold start, making day-ahead and real-time market decisions impossible”, according to Cooperative Energy.

Rather than build a new greenfield plant, the utility partnered with Burns & McDonnell to evaluate all possible options, with repowering one of the utility’s two 180MW coal-fired plants as a natural gas-fuelled combined cycle plant emerging as the most beneficial to co-operative members.

Burns & McDonnell reports that, to date, project teams have worked more than 450,000 hours with zero safety incidents — “even through the height of the coronavirus pandemic”, with daily temperature checks and staggered schedules to improve social distancing.

Now that demolition is complete, crews have moved on to excavation, piling and execution of the project’s foundation package.

Canada’s TransAlta is ‘closing the chapter’ on coal-fired generation

Meanwhile in Canada, Alberta-based TransAlta is pursuing a coal-plant conversion programme that includes both modification of existing boilers to run on 100% natural gas and repowering of coal units to combined cycle, with gas turbines and HRSGs added to an existing steam turbine.

Despite Covid-19, TransAlta’s plans remain on track, with the Sundance 6 boiler expected to be converted to 100% natural gas by the end of 2020, and work advancing on similar boiler conversions being planned at Keephills 2 and 3, to be executed in 2021, with full notices to proceed already issued for both units.

Combined cycle repowering of Sundance 5 is scheduled for completion in 2023, and TransAlta says it expects to receive EPC bid proposals for this project in autumn 2020.

The end of July 2020 saw the final retirement of Sundance 3 (already mothballed), largely based on the condition and age of the unit.

This is another milestone in TransAlta’s plan to transition to 100% “clean electricity” by 2025, “closing the chapter on our coal-fired generation,” says president and CEO Dawn Farrell.

TransAlta says it is planning to carry out boiler conversions on up to seven of its coal-fired generating units, at Keephills and Sundance.

Today, the existing generation units at Keephills and Sundance use both coal and natural gas. Natural gas is used to start up the units and can be used to produce up to about 30% of the power generation at each facility.

To convert the units to operate solely on natural gas, fans and control systems need modification, as well as the boilers. In addition, new equipment is being installed including: natural-gas burners, igniters, scanners, piping, and valves. Coal-handling equipment will be retired, cleaned and stored in place.

Emerson’s scope will include integration of the new burner-management system and replacement of outdated controls with its Ovation automation technology.

As plants are converted, Emerson says it will also provide its high-fidelity digital-twin simulator, which will be used as a training tool for operations staff. “Conversion to natural gas is breathing new life into aging coal plants,” says Bob Yeager, president of Emerson’s power and water business.

As well as Sundance 5, combined cycle repowering is also being considered for Keephills 1, with a projected completion date after 2023.

The combined cycle installed capacity of the repowered Sundance unit 5 will be about 730MW while that for Keephills unit 1 would be about 640MW.

The plan for Sundance 5 is to equip the facility with two 230MW Siemens F-class gas turbines, “indirectly” acquired via a deal with Kineticor.

The capital investment required for the Sundance 5 combined cycle repowering is put at about 750-770 million Canadian dollars ($572m-587m) with an expected “double digit” return.

The expected cost of the boiler conversions is around CAD$120m-200m ($91m-153m) per project, producing an expected “high double digit” return, with emissions savings alone estimated to pay for a boiler conversion in less than 1.2 years.

As well as attractive investment returns, TransAlta lists a number of other benefits arising from coal conversions, including: significant fleet-life extensions, significantly lower operating, capital and carbon costs, the ability to make use of abundant and competitively-priced natural gas, avoidance of major expenditures on nitrogen and sulphur oxides abatement, and the elimination of “complex and expensive” mining operations.

To meet its natural gas supply needs following coal-to-gas conversions, TransAlta has entered into long-term natural gas delivery transportation agreements with Nova Gas Transmission, bringing the cumulative total of new and existing pipeline supply to the company’s generating units up to 400 terajoules (TJ) per day by 2023.

During the second quarter of 2019, TransAlta announced completion of the Pioneer Pipeline, which is “flowing natural gas to the generating units at Sundance and Keephills”, noting that “completion of the pipeline is a cornerstone in our strategy of transitioning to gas and a major milestone in our plan”.

In March 2020, TransAlta announced, with its partner Tidewater Midstream & Infrastructure, an agreement to sell the Pioneer Pipeline to Nova Gas Transmission.

This agreement has since been replaced by one to sell the asset to ATCO Gas and Pipelines, a subsidiary of Canadian Utilities, under similar terms.