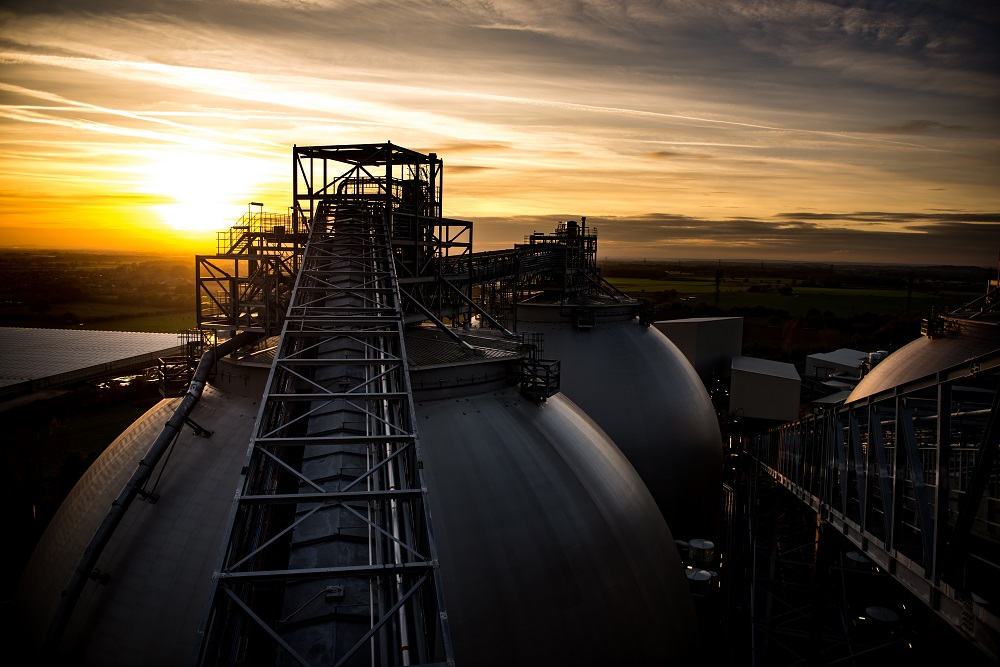 Drax, the UK’s largest power plant, will end its use of coal by March next year, ahead of the country’s 2025 coal phase-out deadline.

The move would draw a line under 50 years of coal-fired electricity at the North Yorkshire power plant, which has a roughly four-gigawatt capacity and accounts for around 18 terawatt-hours of electricity each year – about 5% of the UK’s annual power consumption.

The announcement comes alongside the firm’s latest financial results, which reveal a 64% rise in profits last year.

Drax power plant has been moving from coal to biomass

A switch from coal to biomass has been underway at the facility in recent years, with four of its six electricity-generation units having been converted to run on wood pellet fuel instead of coal.

While commercial power production from coal is scheduled to end by March 2021, Drax confirmed the two remaining coal units will remain available to meet capacity market obligations until September 2022.

The use of “sustainable” biofuel, the firm says, coupled with carbon capture and storage technology will help reduce its emissions — as it targets becoming a carbon-negative business — as well as providing a renewable supply of energy to the UK power grid.

While currently recognised by the UK government as a renewable energy source, biomass, like the wood pellets used at Drax, has its detractors, who argue that burning wood rather than coal — even when combined with carbon capture and storage — is not carbon neutral.

Drax Group CEO Will Gardiner said: “Ending the use of coal is a landmark in our continued efforts to transform the business and become a world-leading carbon-negative company by 2030.

“Our journey away from coal began some years ago and I’m proud to say we’re going to finish the job well ahead of the government’s 2025 deadline.”

The company confirmed the decision would result in as many as 230 job losses in the region.

Gardiner added: “Stopping using coal is the right decision for our business, our communities and the environment, but it will have an impact on some of our employees, which will be difficult for them and their families.

“In making the decision for the UK to stop using coal and to decarbonise the economy, it’s vital that the impact on people across the north of England is recognised and steps are taken to ensure that they have the skills needed for the new jobs of the future.”

The company said it is seeking to establish a “zero-carbon skills taskforce” alongside the government and wider industry to help retraining efforts for workers affected y the transition to a low-carbon economy.

Shares in Drax Group, which is listed on the London Stock Exchange, were up more than 3% in the day’s trading at the time of writing.

The chief executive said: “We have delivered a strong set of full-year results following the successful integration of new hydro and gas-generation assets, and made good progress with strategic initiatives to build a long-term future for sustainable biomass and be the leading provider of power system stability.

“We achieved these results while still delivering a 47% reduction in carbon emissions compared with the previous year.”

Earlier this month, Drax received a boost as Norges Bank, which controls the vast Norwegian Sovereign Wealth Fund, announced it had revoked an exclusion of the power company from its investments as a result of its switch from coal to biomass.