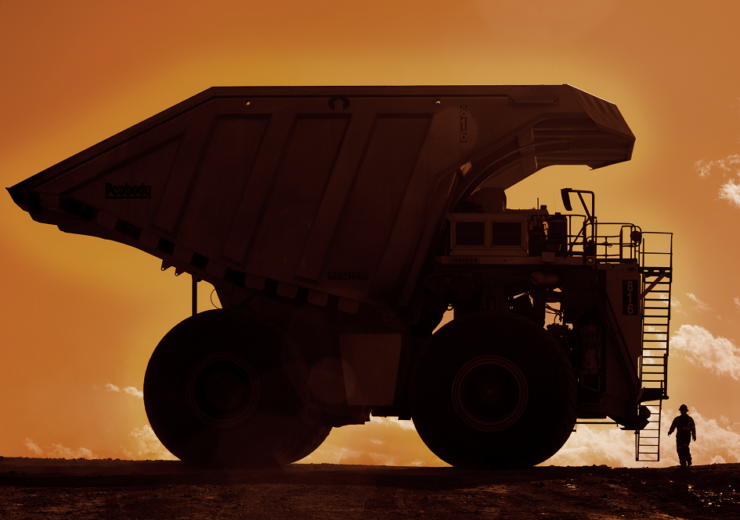 Peabody's North Antelope Rochelle Mine was intended to be part of the joint venture (Credit: Peabody Energy)

A joint venture between America’s two biggest coal-mining companies – Peabody Energy and Arch Resources – has been abandoned after a court ruled it would harm competition in Colorado and Wyoming’s Powder River Basin (PRB).

The US Federal Trade Commission (FTC) brought lawsuit to block the proposed deal in February, and a district court judge ruled to uphold the case on 29 September.

The FTC’s competition director Ian Conner welcomed the ruling, saying the venture “likely would have raised the price of coal to the utilities, and ultimately to consumers”.

Peabody and Arch announced the joint venture in June 2019, saying it would strengthen thermal coal against growing competition from cheap natural gas and renewables.

Under the arrangement, Arch’s Black Thunder Mine and Peabody’s North Antelope Rochelle Mine in Wyoming’s Powder River Basin – one of the most prolific coal-producing regions of the US – would have been combined into a single operation.

Peabody’s chief executive Glenn Kellow said: “We are deeply disappointed with the court’s decision as the intense all-fuels competition is clearly apparent to us. Our focus now is on continuing to be the low-cost PRB coal provider to best compete against natural gas and subsidised renewables.”

In August, Peabody wrote $1.42bn off the value of North Antelope Rochelle Mine – the world’s largest coal mine – in a move analysts said “spoke volumes” about the decline of US coal.

While Peabody intends to continue its thermal coal operations in Wyoming, Arch Resources has said the court’s verdict – with which it “strongly disagrees” – has tipped its own decision to move “full speed ahead” with a strategic pivot towards metallurgical coal markets for steelmaking.

“We are moving forward with a clarity of purpose and distinct strategic priorities, and are strongly positioned for growth and success as a leading producer of metallurgical products for the steelmaking industry,” said Arch Resources CEO Paul Lang.

“We will be intensifying our pursuit of strategic alternatives for our thermal assets – including, among other things, potential divestiture – while evaluating opportunities to shrink the operational footprint at those mines, reduce their asset retirement obligations, and establish self-funding mechanisms to address those long-term liabilities.”

The commencement of operations at its Leer South coking coal mine in West Virginia – scheduled to begin in 2021 – will be central to this new focus.

The court ruling deals a blow to a US coal-mining industry undergoing severe decline, despite promises made by President Donald Trump during his election campaign to spark a revival.

Falling demand from power producers under pressure to reduce carbon emissions, as well as strong competition from cheap natural gas and a growing fleet of renewables, are combining to pile huge pressure on the US coal industry.

Recent figures from Energy Information Administration (EIA) the show coal production in the country last year fell to its lowest level since 1978 – with an even greater decline projected for 2020. Consumption of the fuel has been in steady decline since 2013.

The federal energy agency has also revealed that, between 2011 and 2019, more than 120 coal-fired power plants in the US have been converted to, or replaced by, natural gas facilities.

Yesterday, Texas-based energy producer Vistra confirmed it is planning to retire seven coal-fired power plants across the US by 2027, accounting for more than 6,800 megawatts (MW) of generation capacity.