The miner slashed the book value of the world’s biggest coal mine - the North Antelope Rochelle mine in Wyoming’s Powder River Basin (PRB) - by $1.42bn earlier this week 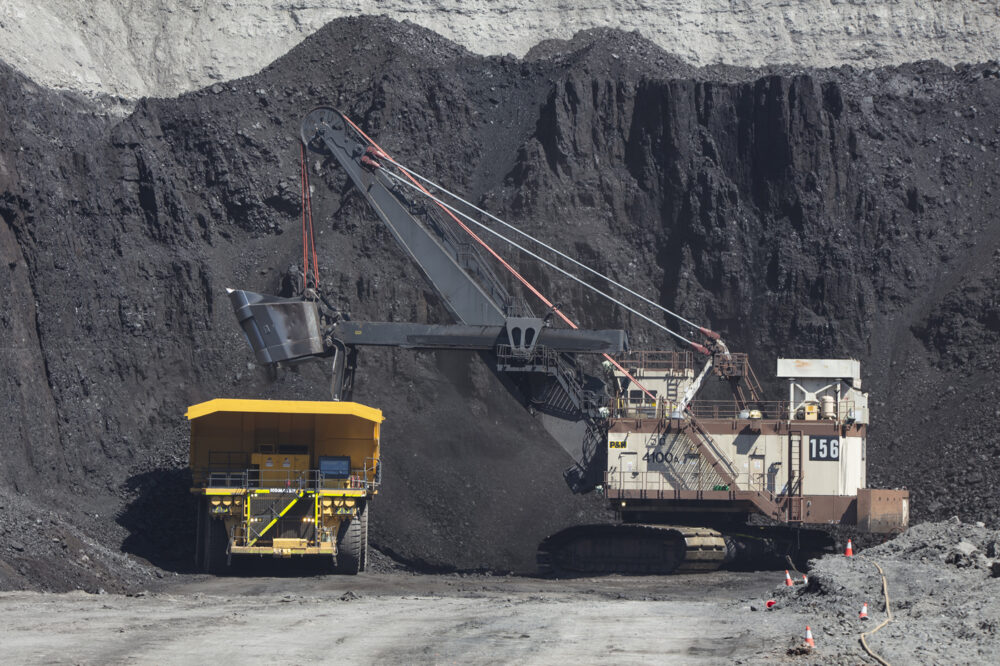 Peabody Energy’s coal mine write-down “speaks volumes about the state of the industry”, says an energy analyst.

The Missouri-headquartered firm, which is the US’s largest private sector coal company, slashed the book value of the world’s biggest coal mine — the North Antelope Rochelle mine in Wyoming’s Powder River Basin (PRB) — by $1.42bn, or 22% of Peabody’s total asset value this week.

Peabody said the downgrade was driven by “lower long-term natural gas prices, timing of coal plant retirements and continued growth from renewable generation”, with the company projecting coal’s share of the US generation mix to continue to tumble over the coming years.

Seth Feaster, a data analyst at the US-based Institute for Energy Economics and Financial Analysis (IEEFA) believes the miner’s asset write-down “speaks volumes about the state of the industry” and is a “reflection of the new reality in US coal mining”.

“The industry continues to be battered by rapid structural decline driven by low gas prices, the low and falling cost of building wind and solar power generation and sweeping initiatives by utilities and corporations to cut emissions,” he added.

Just like many US coal producers, the past few years have been challenging for Peabody, with the company filing for Chapter 11 bankruptcy in April 2016.

But the miner did emerge from its financial issues just a year later in April 2017, after having discarded $5bn of its unsustainable $10.1bn debt load.

At the time, CEO Glenn Kellow said the company was “well-positioned to create substantial value for shareholders and other stakeholders over time” and that Peabody had “taken significant steps to create a capital structure to succeed through all cycles”.

On its first full day of trading after emerging from bankruptcy, the firm’s stock price closed at $27.25, according to the IEEFA.

But, after Peabody’s most recent earnings release earlier this week, the stock closed at $2.90 – marking a drop of almost 90%.

Despite US President Donald Trump making several changes to ease environmental legislation’s during his time in the Oval Office in an attempt to fulfil his 2016 promise to “end the war on coal”, the industry has continued to suffer heavily in recent years.

In 2018, US utilities consumed 637 million tonnes (Mt) of thermal coal, and an additional 54 Mt was exported.

But this year, utilities are expected to reduce their consumption to 377 Mt, a 41% decrease from two years ago.

Thermal coal exports may fall to 25 Mt in 2020, which marks a 50% drop since 2018, according to the latest short-term energy outlook from the US Energy Information Administration (EIA).

Coal bankruptcies in the US

More than 50 coal companies have gone bankrupt and more than 100 gigawatts (GW) of coal capacity has either retired or announced plans to retire over the past decade.

In some of the cases, the analyst added there has been “essentially negative asset valuations” because of the “significant pay-outs needed to coax financially weak buyers to take on huge clean-up liabilities”.

Most of this action has centred on the PRB, which is the biggest repository of US coal, and one that has been “beset by intractable problems for years”, according to Feaster.

“Peabody, with some of the best economies of scale in the PRB and global expertise in coal mining, should have been well-positioned to outlast financially weaker and smaller rivals,” he added.

“But instead, the industry — Peabody included — embraced a perverse business model.

“The companies have been enabled by a lenient bankruptcy process and feeble oversight by federal and state regulators that has allowed companies to continue mining coal and undercutting each other on price.

“They have done this while shirking their clean-up obligations, falling far behind on royalty and tax payments, and investing little capital in mine upkeep — all while spiralling toward bankruptcy anew.”

In the US thermal coal market, there is a vast oversupply of product that is chasing fewer and fewer customers. With that in mind, the analyst believes an “orderly retreat would make sense”, but adds that “chaos reigns” instead.

“The growing probability is that the collapse of US coal mining will be disorderly, resulting in bankruptcies that end in liquidation, abrupt mine closures, the abandonment of clean-up obligations, and possibly the financial collapse of some bonding companies that are supposed to be the backstop for those liabilities,” added Feaster.

“State and county finances are already at great peril in the PRB, as falling asset values and production reduce tax and royalty payments, adding to the pain of lost paychecks and damage to local businesses.

“What seemed to be a slow-moving catastrophe not too long ago has gained momentum, and Peabody’s huge write-down is a stark warning that coal mining’s financial distress will continue.”