President Trump’s policies to aid US coal industry have had ‘little to no effect’, claims analyst

The EIA has predicted renewables to make up 20% of the mix in 2020, with coal falling to 19% — marking a huge decline from the 39% it contributed just six years ago 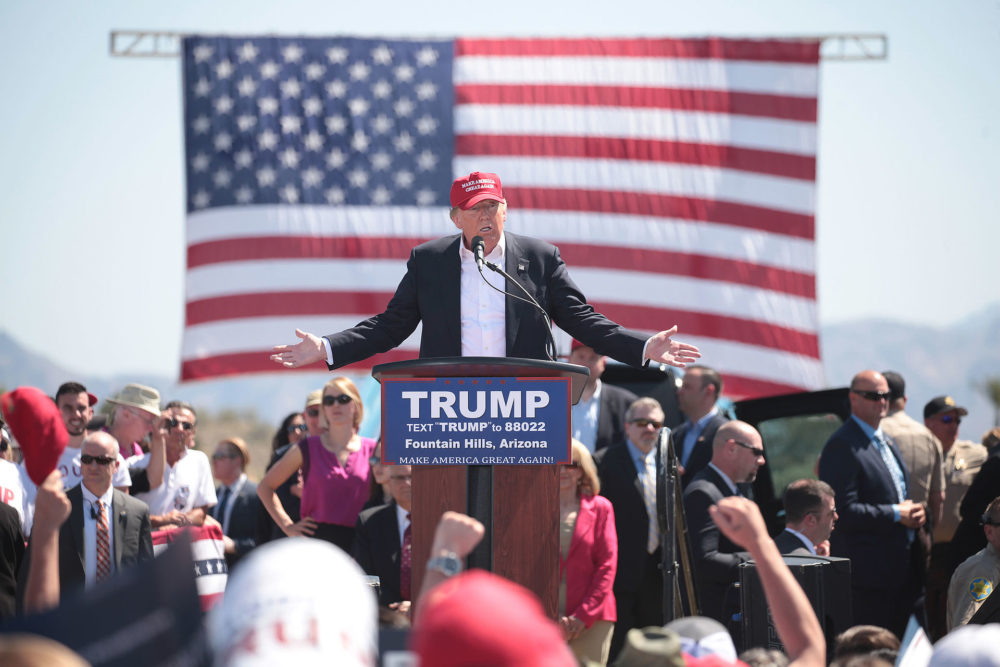 President Trump promised to "end the war on coal" in 2016 (Credit: Flickr/Gage Skidmore)

Policies implemented by President Donald Trump to aid the ailing US coal industry have had “little to no effect” as renewables could be set to outpace the fossil fuel in 2020, according to an energy analyst.

The White House chief has made several changes to ease environmental legislation’s during his time in the Oval Office in an attempt to fulfil his promise to “end the war on coal”.

But his efforts appear to have been in vain as 2020 could see renewables overtake the fossil fuel in the energy mix for the first time, according to the US Energy Information Association (EIA).

The EIA has predicted clean energy will make up 20% of the mix in 2020, with coal falling to 19% – marking a huge decline from the 39% it contributed just six years ago.

Seth Feaster, a data analyst at the US-based Institute for Energy Economics and Financial Analysis (IEEFA), which backs the transition from fossil fuel to renewables, claims policy changes by the president to support the coal industry have “really had very little to no effect”.

“Coal is really falling fast and most of the policy initiatives didn’t really work out and were not implemented well – and they didn’t really help the coal industry much at all,” he added.

How renewables could be set to outpace coal in the US

It will not come as a surprise for many to see renewables set to leapfrog coal, as the trends for the two energy sources have long been travelling in opposite directions.

Clean energy has rapidly increased in investor popularity over the past few years, while the fossil fuel continues to be painted as one of the primary villains in the fight to combat climate change.

Falling prices for renewables and a boom in natural gas, which the EIA believes will make up 40% of US’s electricity needs this year, have also had a significant impact on coal.

Solar costs have dropped by more than 80% since 2010, while the cost of building large wind farms has reduced by more than 40% — and the price of natural gas has fallen to historic lows because of the fracking boom, according to various US energy agencies.

Dams, wind farms and solar panels have already generated more electricity than coal on 90 separate days this year — easily eclipsing the 2019 record of 38 days over the entire 12 months.

And with the EIA expecting a 5% drop in electricity production due to falling demand stemming from businesses closing and factories scaling back amid coronavirus lockdowns, the need for coal and its high operating costs recedes even further.

The 16% drop was the largest percentage decrease in history, while the 240,000 GWh fall was the second-largest drop in absolute terms.

It marks yet another setback for the industry as more than 50 coal companies have gone bankrupt and more than 100 gigawatts (GW) of coal capacity has either retired or announced plans to retire over the past decade.

Is coal still a valuable source of energy?

But Ashley Burke, senior vice-president of communications at the National Mining Association (NMA), the US’s mining trade organisation, said several states “rely on coal for the majority of their electricity generation” and coal generation has “played an outsized role in propping up the grid and providing reliability during extreme weather”.

“The fuel security and dispatchability inherent with the coal fleet can’t be easily replaced,” she added.

“If you look at the states with higher percentages of coal generation, it shows that states with a diverse mix of fuels have some of the lowest prices per kilowatt-hour for retail electricity.

“When the economy is doing well, affordable energy may matter less to people.

“But throughout the coronavirus crisis, when Americans are losing jobs and businesses are struggling with basic cash flow — and even after, as the economy struggles to recover — keeping electricity bills low will be even more important.”

Burke said that aside from electricity generation, metallurgical coal is “key to steel production”, which is “critical to manufacturing and so many other industries”.

“One thing that has been exposed through the coronavirus crisis is the need to secure our domestic supply chains,” she added.

“US coal is here and readily available to support a variety of industries.”

How coal employment has been affected

Burke believes many people have been either “too quick to dismiss or discount” the impact Trump’s administration has had in “reversing the almost cliff-like negative impact” former president Barack Obama’s administration had on coal employment.

“In the first several years of this administration, the declines stopped and employment stood at just north of 82,000 for 2018,” she added.

“Of course, the current situation in the electricity markets stemming from the coronavirus pandemic is one that no one could have anticipated and the long-term impacts are yet to be seen.”

The latest figures from the US Bureau of Labor Statistics, the government’s principal fact-finding agency, suggests the nation’s coal-mining employment levels sat at 51,100 in January this year.

Its preliminary projections for April suggest that total has since tumbled to 43,800 as IEA forecasts suggest energy demand will drop 9% in the US and 6% globally this year, with the coal industry once again feeling the effects of market erosion.