Fabio Schvartsman was CEO of Brazilian miner Vale at the time of the Brumadinho tailings dam failure, which killed more than 250 people in January 2019 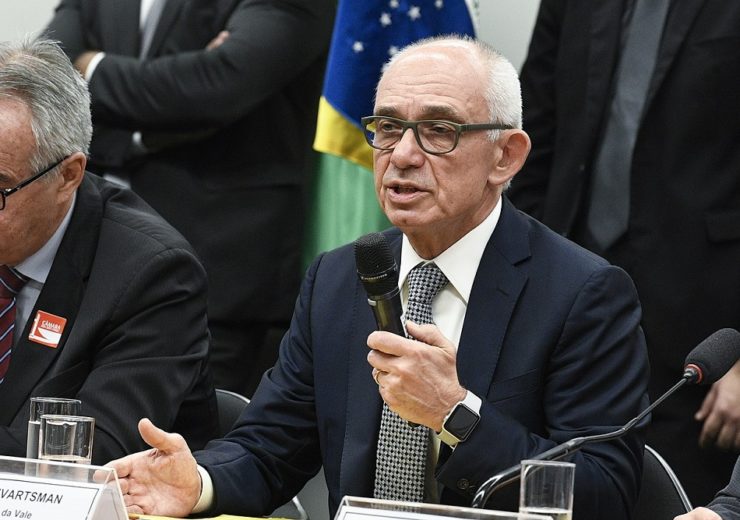 Former Vale CEO Fabio Schvartsman has been charged with murder for his role in the Brumadinho tailings dam disaster in January last year, in which more than 250 people died.

Brazilian prosecutors in the state of Minas Gerais have been investigating the circumstances of the incident – the biggest industrial disaster in the country’s history – and have now brought charges against the former mining boss, alongside 15 other current and former executives.

Schvartsman stepped down from his role as the head of the company in the aftermath of the incident, amid pressure from the federal judiciary.

Indictments of environmental crimes have also been brought against Vale and the German engineering firm TUV SUD, which had responsibilities for dam inspection at the facility.

Prosecutors argue that Vale was aware of potential safety issues with the dam’s stability yet failed to take appropriate action to address the concerns.

The company has responded by saying it finds the charges “perplexing” and will await the outcome of further investigations into the case.

State prosecutor William Garcia Coelho said: “Ultimately, the organs of the state of Minas Gerais intend to present society with some answers about the crime and who should be held accountable”, according to the Financial Times.

“We are convinced such crimes must face process and judgment. We believe that people should be held responsible for what happened.”

It is almost a year to the day since a tailings dam at the Córrego do Feijão iron ore mine in Minas Gerais fatally collapsed, sending tonnes of mining waste material cascading throughout the facility and into the nearby town of Brumadinho.

At least 259 people have been confirmed dead as a result of the incident, mostly company workers and contractors, while toxic waste material has polluted the nearby environment and waterways.

The tragedy prompted a series of investigations into the safety of tailings dams around the world, as well as an internal audit by Vale into the causes for the Brumadinho collapse.

The review identified the liquefaction of materials contained within the stockpile as having caused a “sudden and significant loss of strength”.

Vale, which is Brazil’s biggest miner and the world’s largest iron ore company, said it is aware of the charges filed by the Public Prosecution Office of the State of Minas Gerais, and finds the accusations of fraud “perplexing”.

It added in a statement: “It is important to note that other authorities are investigating the case and, at this point, it is premature to claim there was conscious assumption of risk to cause a deliberate breach of the dam.

“Vale trusts in the complete clarification of the causes of the breach and reaffirms its commitment to continue to fully co-operate with the authorities.”

In a separate note to investors, the firm said it stood in “solidarity with the families of the victims and the people affected by the tragedy”.

Vale has suffered financial and reputational losses in the year since the incident, and share prices have fallen more than 2% in trading since the prosecutor’s announcement was made.