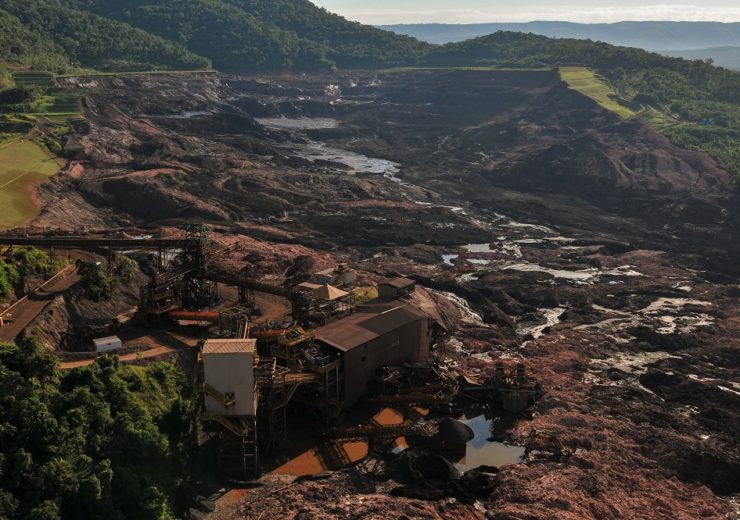 An investigation into the circumstances leading to the fatal Brumadinho tailings dam failure in Brazil earlier this year has given its verdict – citing a combination of heavy rains and poor drainage that caused “flow liquefaction” within its contents.

A pile of collected waste materials at the Córrego do Feijão mine in the Minas Gerais region – operated by Brazilian miner Vale – collapsed catastrophically in January, claiming the lives of more than 250 people, mostly company employees and contractors.

Vale commissioned the report – undertaken by a panel of four “outside experts” appointed by the miner’s legal advisers – to assess the technical factors that caused the tailings Dam 1 to breach at the iron ore mine in Brazil’s worst industrial disaster.

The review dismissed the possibility of earthquakes or explosions having triggered the collapse, instead finding that a stockpile had been created “composed of mostly loose, saturated, heavy, and brittle tailings that had high shear stresses within the downstream slope”.

Key to the dam failure was “a persistently high water level”, particularly in the toe region of the dam, as well as the high iron content of the waste materials, which caused “stiff tailings that were potentially very brittle if triggered to become undrained”.

Ultimately, the report concluded that materials contained within the dam showed a “sudden and significant loss of strength”, which rapidly became a heavy liquid that flowed downstream at a high speed – leaving a trail of death and devastation in its wake.

“The sudden strength loss and resulting failure of the marginally stable dam were due to a critical combination of ongoing internal strains due to creep, and a strength reduction due to loss of suction in the unsaturated zone caused by the intense rainfall towards the end of 2018,” the panel noted.

“The calculated pre-failure strains from this combination of triggers match the small deformations of the dam detected in the post-failure analysis of satellite images from the year prior to the failure.

“This followed a number of years of increasing rainfall after tailings deposition ceased in July 2016.”

Responding to the report, Vale said it has undertaken a series of retrospective measures since January to assess the safety of its remaining upstream dam structures.

These steps include design reviews, historical assessments and drainage monitoring of 92 tailings dams across its global operations.

Vale said in a statement: “We have carried out a wide and detailed technical investigation into all our structures focusing on the upstream dams, which are, in theory, susceptible to the risk of liquefaction.

“In line with continuous efforts to cooperate with the investigations conducted by relevant authorities, Vale will provide copies of the report and its attachments to public authorities.

“All field tests and engineering projects that had already been conducted for the other Vale upstream dams – as part of the de-characterisation project – will be revalidated based on the data and conclusions provided by the panel of experts, aiming to evaluate the possible need for new measures in addition to those already taken by the company.

“Vale reaffirms its commitment to actively and fully collaborate with the investigations of the relevant authorities, and to provide all support required for the affected communities.”

Vale has felt the financial cost of the Brumadinho incident

At the time of the Brumadinho failure, the dam held almost 12 million cubic metres of iron ore tailings and stood 86 metres tall.

The full force of its contents was unleashed as a torrent of waste cascading across the mining facility and descending upon nearby communities, causing significant loss of life and environmental harm.

Vale has since pledged to invest millions of dollars to stabilise those structures around the mine that survived the deluge, and to take steps to repair the extensive damage to the environmental and local infrastructure.

Its financial results throughout the year have suffered as a result of the incident – recording two successive quarterly losses up to August, including a $1.6bn loss in the first quarter and a further $133m hit in the second quarter.

The tragedy has prompted a review of tailing dam safety at mines around the world, via the establishment of the Mining and Tailings Safety Initiative (MTSI) by investors within the industry – led by the Church of England Pensions Board and the Swedish National Pension Funds’ Council of Ethics.

The MTSI’s survey of tailings dams across the industry found that 10% of the 1,635 waste piles assessed have a history of structural instability.

However, this picture remains incomplete due to the fact that less than half of the companies approached chose to respond – notably the state-owned coal mining giants Coal India and Metallurgical Corp of China.

All 22 members of the International Council of Mining & Metals did respond to the investigation, as did 37 of the world’s biggest mining companies.

The United Nations-backed Global Tailing Review recently launched an investigation in response to the Brumadinho disaster – aiming to establish a new “robust” industry standard for the safety management of tailings dams that is “fit for purpose”.

“While minerals are important to the green energy transition and sustainable development, ensuring human and ecosystem wellbeing is of paramount importance.

“UNEP has co-convened the Global Tailings Review to develop an industry standard that ensures a greater responsibility, trust and assurance that minerals development will lead to positive outcomes for all.”

The Global Tailings Review consultation is due to close on 31 December.