Total announced that it has made a significant gas condensate discovery on the Brulpadda prospects, located on Block 11B/12B in the Outeniqua Basin, 175Km off the southern coast of South Africa. 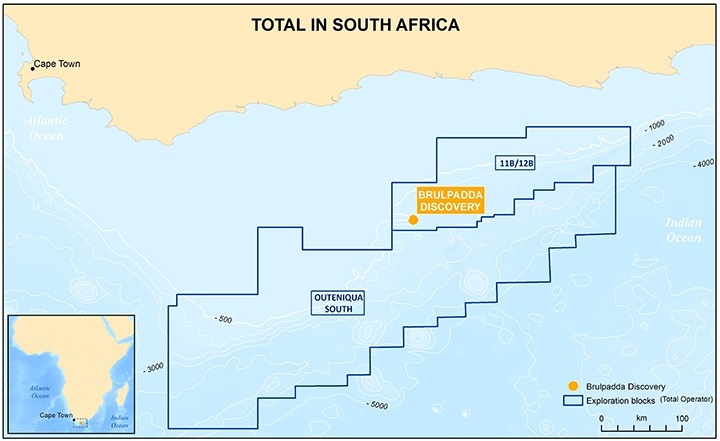 Following the achievement of the main objective, the well has reached to a final depth of 3,633mts and has also been in the Brulpadda-deep prospect.

Total exploration senior vice president Kevin McLachlan said: “We are very pleased to announce the Brulpadda discovery which was drilled in a challenging Deepwater environment. With this discovery, Total has opened a new world-class gas and oil play and is well positioned to test several follow-on prospects on the same block.”

Following the discovery of gas at Brulpadda and confirmation of the play potential, Total and its partners plan to acquire 3D seismic this year, along with four exploration wells on this license.

Recently, CNOOC and its partners, including Total E&P UK North Sea, in the offshore UK license P2215 have reported a gas and condensate discovery at the Glengorm prospect located in the Central North Sea.

The discovery at the Glengorm prospect was made following the drilling of an exploration well of the same name to a total depth of 5,056m. At that depth, the exploration well intersected 37m net gas and condensate pay in a high quality Upper Jurassic reservoir.

Located in the Central Graben, the Glengorm discovery is contained in a water depth of about 86m.