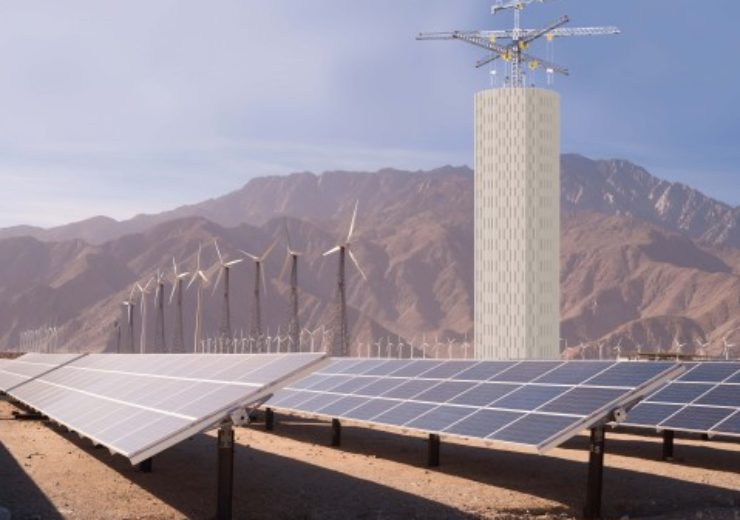 Swiss energy storage start-up Energy Vault could have a profound impact on its market if its technology can live up to what has been promised, according to market intelligence firm GlobalData.

The company announced last week it had raised $110m from Japanese multinational SoftBank’s Vision Fund to develop its system, which it claims enables renewables to deliver baseload power below the cost of fossil fuels 24 hours a day.

The firm’s head of power Amit Sharma said: “If Energy Vault’s system can deliver on its promise of much lower cost and higher roundtrip efficiency, it can become the technology of choice for energy storage applications.

How does Energy Vault’s system work?

Energy Vault says its technology was inspired by pumped hydro plants, which rely on the power of gravity and the movement of water to store and discharge electricity, only instead of using water, the system involves custom-made composite bricks

Its energy storage towers are 120m tall and feature six-armed cranes, in addition to a large number of the concrete bricks.

When the tower is in a discharged state, the bricks are stacked far below the crane’s arms.

During periods of excess wind or solar power, computer algorithms send one or more of the arms to locate a brick with the help of onboard cameras.

When located, the crane arm connects the block with a motor powered by the excess electricity on the grid, before hoisting it higher off the ground to the top of the stack.

The system becomes fully charged when the crane is surrounded by a tower of the concrete bricks.

When power in the grid is running low, the motors deconstruct the tower, but the motor is now driven in reverse by gravitational energy — creating electricity.

Sharma added: “The energy storage system created by Energy Vault is truly a disruptive technology in the evolving energy storage industry, which has been growing very quickly.

“The system can be set up almost anywhere, and the technology allows wind and solar facilities to supply electricity to the grid 24 hours per day, in contrast to the grid-scale, lithium-ion battery packs that deliver power for just four hours.