A total of 10GW new capacity is being targeted through the ScotWind auction for seabed leasing rights, with significant interest coming from fossil producers looking to decarbonise 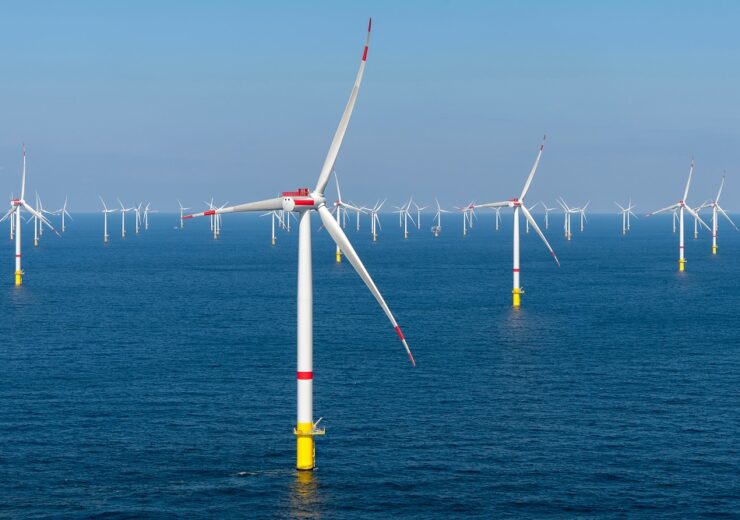 Several of the world’s largest fossil fuel producers have lined up as bidders to develop offshore wind projects off the coast of Scotland as part of the ScotWind leasing auction.

Around 8,600 square kilometres of seabed have been made available by Crown Estate Scotland – custodian of the country’s sovereign real estate – with a total of 10 gigawatts (GW) capacity targeted for development in what is its first offshore wind auction for a decade.

Applications to the leasing round closed last Friday (16 July), and oil producers including BP, Shell, TotalEnergies, Equinor and Eni have all confirmed their participation, alongside renewable specialists like Orsted and Vattenfall.

Scotland is attempting to transition its offshore energy industry, traditionally associated with North Sea oil and gas production, to low carbon as part of the country’s aim to reach net-zero emissions by 2045.

“We really appreciate and acknowledge all the time, effort and investment that has gone into each and every application to ScotWind Leasing,” said Colin Palmer, director of marine for Crown Estate Scotland.

“We know that there is significant interest in Scotland’s ability to host major offshore wind projects, and our engagement with the sector throughout the development of ScotWind has been clear evidence of that.”

Submitted bids will now be assessed by Crown Estate Scotland, with successful applications expected to be announced in early 2022.

BP targets 2.9GW development to follow up success in England and Wales leasing round

A similar leasing round held by the Crown Estate in England and Wales last year attracted high levels of interest, with received bids reported to have been much higher than initially expected.

That prompted Crown Estate Scotland to review the terms of its own bidding process, raising the maximum fee that can be paid per square kilometre of seabed from £10,000 to £100,000, as well as increasing the threshold of supply chain commitments applicants must meet from 10% to 25%.

“This rapid review was undertaken to reflect the recent changes we have seen in the UK offshore wind market so that we could arrive at a pricing structure which properly reflects those changes,” said Amanda Bryan, chairwoman of Crown Estate Scotland, at the time.

One of those successful bids in the England and Wales auction came via a joint offer from BP and Energie Baden-Wuerttemberg (EnBW), who paid around £900m to secure “preferred bidder” status for two projects in the Irish Sea totalling 3GW capacity.

The pair have now extended that partnership with an application to develop a further 2.9GW of offshore wind in Scottish waters.

It also plans to make Aberdeen – the hub of the UK’s North Sea oil and gas industry – the home of its global offshore wind centre of excellence.

“Through our bid we aim to do far more than only develop offshore wind – we believe it can help fuel Scotland’s wider energy transition,” said BP executive vice president for gas and low carbon Dev Sanyal.

“The bid would build on Scotland’s deep experience in offshore oil and gas, equipping its workforce and supply chain with renewable capabilities, including creating apprenticeships, and supporting thousands of jobs.”

Another partnership renewed from the England and Wales leasing round is that of TotalEnergies and Macquarie’s Green Investment Group (GIG), which together with the Renewable Infrastructure Development Group, confirmed their ScotWind participation last month.

Shell partnered with Iberdrola subsidiary ScottishPower to submit bids to develop “large-scale floating offshore windfarms” off the north-east coast of Scotland, while Italy’s Eni teamed up with Scotland-based Red Rock Power to make a separate application.

Norway’s Equinor has made its own offer to develop floating wind in Scotland, hoping to build on the success of its Hywind project which has been producing power from floating turbines off the north-east Scottish coast since 2019.

“We see floating wind as an enabler for the Scottish government to achieve its offshore wind targets and help reach its ambitious net-zero target of 2045,” said Equinor’s senior vice president for business development in renewables, Jens Økland.

Several other global energy firms have also confirmed their interest as bidders in the ScotWind leasing auction, including Orsted, Vattenfall, RWE and Aker Offshore Wind.