In partnership with Germany's EnBW, the UK energy major is asking domestic suppliers to register interest in supporting development of two offshore wind farms in the Irish Sea 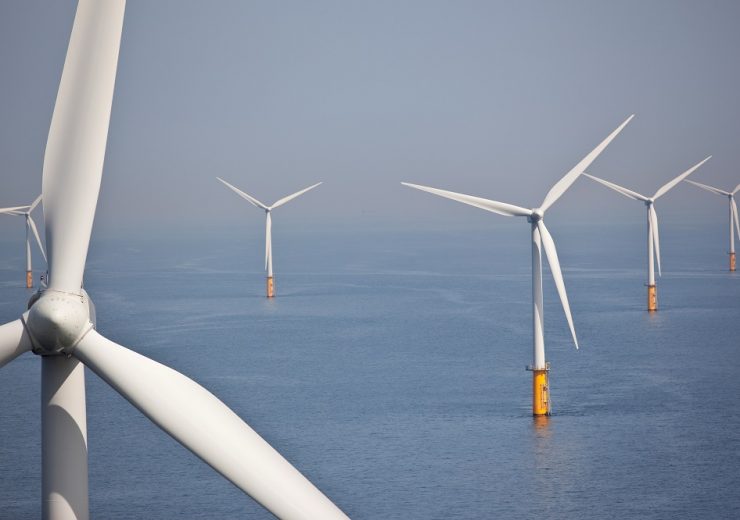 The Mona and Morgan offshore wind farms will have a combined power capacity of 3GW (Credit: Teun van den Dries/Shutterstock)

UK-based suppliers are being encouraged to register their interest in two offshore wind farms being developed by BP and Energie Baden-Württemberg AG (EnBW) in the Irish Sea.

The projects, whose names were announced today as Mona and Morgan, are being built following successful bids earlier this year by the partnership in the UK’s first offshore wind auction since 2010.

Environmental assessments and marine industry consultations are currently underway, with lease agreements expected to be finalised in Spring 2022.

The wind farms will have a combined capacity of three gigawatts (GW) and are located roughly 30km off the coast of north Wales and north-west England in water depths of around 35m.

As part of the development process, locally-based companies are being invited to show interest in supplying services to the projects, and a dedicated online platform has been launched for them do to so.

“We think it’s incredibly important the local supply chain contributes to that, so have today launched a dedicated supplier portal where local companies can pair their skills with the projects’ needs. The portal provides access for companies of all sizes to register their interest for future work.”

Mona and Morgan mark BP’s first entry into the UK offshore wind market and its second foray into the sector globally, following the $1.1bn acquisition of a 50% interest in the Empire Wind and Beacon Wind projects off the eastern US coast last year.

The UK oil major is investing in renewable energy generation as it seeks to diversify its offering as part of plans to become a net-zero business by 2050.

It aims to cut oil and gas production by 40% by the end of this decade, while spending $5bn on low-carbon assets and developing 50GW of renewable energy capacity over the same period.

The two companies plan to further extend their UK partnership by bidding in the upcoming ScotWind leasing round for rights to develop offshore wind assets off the Scottish coast.

That process closes to applications at the end of this week.

A similar invitation to local suppliers has been extended as part of the partnership’s ScotWind application, with an online portal launched that will advertise all current and future opportunities for sub-contractors and suppliers should their bids be successful.