Working in partnership, the pair have launched a regional supply chain portal ahead of the upcoming auction as they prepare bids for seabed leasing rights in the country 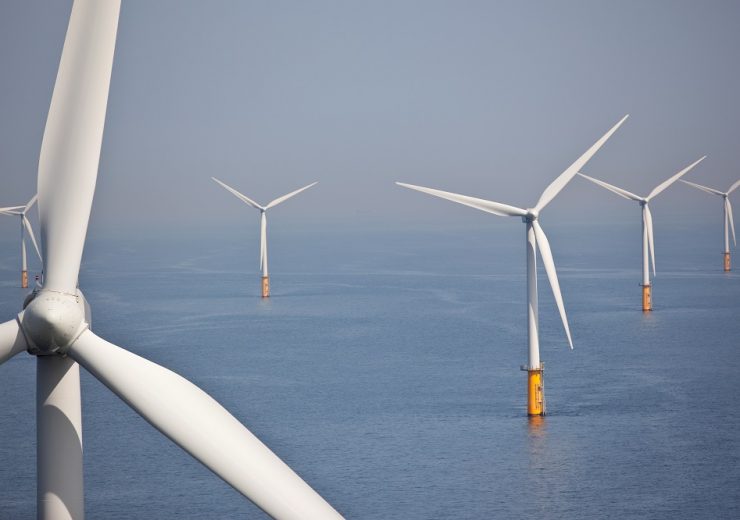 BP confirmed it plans to enter the upcoming ScotWind leasing round alongside partner EnBW as the pair seek to further develop their offshore wind portfolio in the UK.

Crown Estate Scotland, which manages sovereign land and marine assets in the country, will auction off seabed leasing rights designated for offshore wind later this year, with applications open until 16 July.

It is the first such leasing round in Scotland for more than a decade.

Ahead of the ScotWind auction, BP and Germany-based Energie Baden-Wuerttemberg (EnBW) have today launched an online supply chain portal that will advertise all current and future opportunities for sub-contractors and suppliers should their bids be successful.

The hub will prioritise companies either based, or with a significant footprint, in Scotland – or which have plans to relocate to the country.

“Scotland has a world-class supply chain with decades of experience in offshore energy – that deep skillset can be readily applied to offshore wind,” said BP executive vice president of gas and low-carbon energy Dev Sanyal.

Back in February, the partnership of BP and EnBW successfully acquired two leases to build up to three gigawatts (GW) of offshore wind in the Irish Sea in a highly-competitive auction.

Bidding for these seabed leases in England and Wales went much higher than expected, prompting Crown Estate Scotland to hastily review its own auction structure and revise the terms of the process.

At the time, chairwoman of Crown Estate Scotland Amanda Bryan said the high bidding had changed the market dynamics of offshore wind leasing “overnight”, and could have significant implications for the upcoming sale in Scotland.

As a result of the review, changes were made to the terms of ScotWind – notably an increase in the maximum fee that can be paid per square kilometre of seabed from £10,000 to £100,000, as well as raising the threshold of supply chain commitments applicants must meet from 10% to 25%.

These amendments “reflect the recent changes we have seen in the UK offshore wind market so that we could arrive at a pricing structure which properly reflects those changes,” said Bryan.

Scotland is seeking to transform its offshore energy industry as the country targets net-zero emissions by 2045, pivoting its historical focus on North Sea oil and gas production to an emphasis on low-carbon technologies like offshore wind, hydrogen and carbon capture and storage (CCS).

BP’s Sanyal said: “The Scottish supply chain has played a pioneering role in the development of the North Sea and the global energy industry, and we are confident it will be key to developing this new industry offshore Scotland.”

BP has stepped up its involvement in the offshore wind sector over the past year as it advances a low-carbon diversification agenda aimed at developing 50GW of renewable energy capacity by 2030, spending $5bn in the process.

Chief executive Bernard Looney has said offshore wind is a particular priority for BP due to the energy firm’s experience with large-scale offshore projects developed over decades of oil and gas operations.

Earlier this week, BP’s talent acquisition manager Jess Lindsay said on social media the company is actively recruiting for around 100 new roles in offshore wind across the UK and US, as part of its drive to become “one of the world’s leading offshore wind energy developers”.

The company made its first foray into the sector last year through a partnership with Norway’s Equinor, where it will develop the Empire Wind and Beacon Wind assets off the eastern US coast that have a combined generating potential of 4.4GW.

That was followed up by the UK seabed leasing round earlier this year, in which BP and EnBW secured preferred bidder status to develop two lease plots in the Irish Sea.

Through this UK joint venture, four annual payments of $231m will be paid for each lease before final investment decisions are taken, with both projects expected to be operational in seven years’ time.

EnBW has a decade of experience designing, constructing, servicing and operating wind assets, and last year started up Germany’s largest offshore wind project to-date – the Hohe See and Albatros developments in the North Sea, which have a combined output of 640 megawatts (MW).

Vattenfall to sell 49.5% of the offshore wind farm Hollandse Kust Zuid to BASF

Vattenfall to sell 49.5% of the offshore wind farm Hollandse Kust Zuid to BASF