Planning applications for the 20MW green hydrogen production facility have been submitted, with first operations expected before 2023 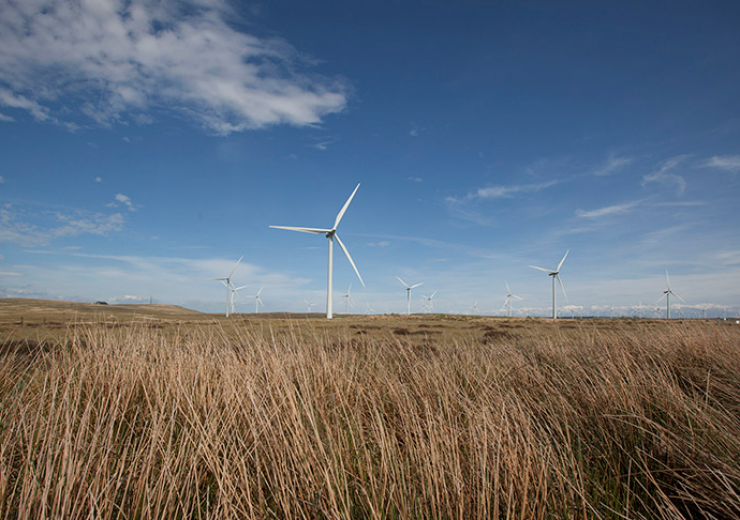 The production facility will be supplied with renewable electricity from the Whitelee wind farm (Credit: ScottishPower)

ScottishPower intends to build the UK’s largest green hydrogen plant on the outskirts of Glasgow, Scotland, capable of producing eight billion tonnes of the fuel daily.

The project will comprise a 20 megawatt (MW) electrolyser, built by Sheffield-based engineering firm ITM Power, and use renewable energy generated by the Whitelee onshore wind farm to drive the separation process of hydrogen from water.

Also proposed in ScottishPower’s planning application is the development of a combined solar and storage facility, measured at 40MW and 50MW respectively, which will provide additional electricity to the plant.

A decision on the application is expected later this year, and first commercial production is anticipated before 2023, delivering emission-free hydrogen fuel for use in transport and industrial applications in the Glasgow region.

“It’s fantastic to be making this next important step towards delivering green hydrogen for Glasgow,” said Barry Carruthers, ScottishPower’s hydrogen director, as the city prepares to host the COP26 climate summit in November.

“Green hydrogen has a vital role to play in Scotland and the wider UK’s journey to net-zero emissions, providing a sustainable energy source that can provide clean, renewable energy for industries, heavy transport and companies for decades to come.”

Hydrogen has been identified as an important aspect of the UK’s strategy to reduce carbon emissions and achieve net zero by 2050, with the government aiming to develop five gigawatts (GW) of “low-carbon” hydrogen production capacity by the end of this decade.

Whitelee is the UK’s largest onshore wind farm, and the new hydrogen facility will be built close to the site to make use of its electricity supplies, as well as from the proposed solar and storage stations.

Mark Griffin, hydrogen market development manager for clean fuels at BOC, which will operate the site, said: “The scale of this project demonstrates the growing demand for clean hydrogen, and as a member of the Green Hydrogen for Scotland partnership we’re delighted to bring our hydrogen mobility and refuelling project expertise to help deliver a ground-breaking facility in Glasgow.”

The project is the first to be developed by the Green Hydrogen for Scotland partnership, which comprises ScottishPower, BOC, and ITM Power and is exploring a number of options for developing this emerging technology in the country as it transitions its energy system away from fossil fuels.