A green hydrogen economy: How to make it happen in Europe 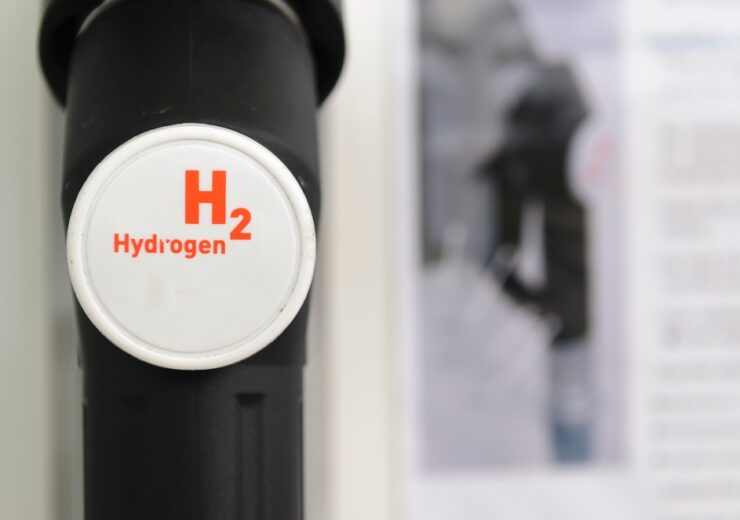 For hydrogen to fulfil its fundamental, systemic role as feedstock, energy carrier and energy commodity (rather than just an add on to the natural gas and electricity sectors), a comprehensive and coherent policy framework is needed, supporting development of a dedicated hydrogen infrastructure and transparent market. Writing in Modern Power Systems magazine, Professor Ad van Wijk of Delft University of Technology in the Netherlands discusses the developments needed to turn a green hydrogen economy into reality.

Hydrogen will play a crucial role in the climate-neutral economies of the future, as shown in many recent scenarios and roadmaps. In a system dominated by variable renewables such as solar and wind, hydrogen links electricity with industrial heat, materials such as steel, chemical products like fertilisers, space heating, and transport fuels.

Furthermore, hydrogen can be seasonally stored and transported cost-effectively over long distances by ship or pipeline. Renewable hydrogen in combination with renewable electricity has the potential to entirely replace hydrocarbons in the long run.

In the short to medium term, low-carbon hydrogen is necessary to ramp-up hydrogen production volumes in order to stimulate increased hydrogen demand, support the building of a dedicated hydrogen infrastructure and develop hydrogen markets.

The year 2020 saw the emergence of hydrogen strategies in many countries and regions around the world: Japan, South Korea, Australia, Chile, Morocco, China, Russia, Saudi Arabia, Austria, France, Germany, the Netherlands, Norway, Portugal and Spain, among others.

In Europe, most importantly, on 8 July 2020 the European Commission released the Hydrogen Strategy for a Climate-neutral Europe, as part of its European Green Deal.

The 2×40 GW refers to a report issued by Hydrogen Europe: Hydrogen for a European Green Deal, a 2×40 GW initiative. This outlines a roadmap for green hydrogen production up to 2030, whereby 40 GW of electrolyser capacity is sited in the EU countries and 40 GW in neighbouring countries, with a focus on North Africa.

It recognises the importance of producing green hydrogen at locations with good solar and wind resources. Only at these good renewable resource sites can low-cost green hydrogen be produced that can compete with present day fossil-based hydrogen, and in the long run even with natural gas.

Of course, electrolyser CAPEX and OPEX cost reductions are important, but electricity is the dominant cost factor. With a conversion efficiency of 50 kilowatt hours (kWh) per kilogram of hydrogen, every cent per kWh electricity adds 50 cents/kg hydrogen to the total hydrogen cost.

Good solar resources can be found in desert regions, especially around the tropics. Oceans and seas provide good wind resources, but good wind conditions can also be found onshore at specific locations such as the Sahara Desert, Patagonia and certain coastal areas.

It is evident that the European Union will become a net importer of low-cost hydrogen, not only because of its comparatively modest renewable energy resources, but also due to its relatively restricted area and high population density.

The Sahara Desert is the sunniest-year-round area in the world and has also very good wind resource sites. It is a large area, 9.4 million square km, more than twice the size of the European Union, while the population density is less than one person per square km, compared with 117 persons per square km in the EU.

As already noted, renewable hydrogen production costs around the world are dominated by electricity costs, and therefore mainly determined by the renewable energy resources available.

However, production costs are not the only factor – transport and storage costs have to be taken into account too. For base-load hydrogen delivered to a steel plant, the cost competition will typically be between locally-produced renewable hydrogen (from solar and wind), with local storage (eg, salt caverns) and limited pipeline transport, and imported hydrogen (via ship and pipeline or possibly by long-distance pipeline only, with storage).

Furthermore, pipeline hydrogen transport avoids electricity grid capacity constraints caused by integration of increasing renewable electricity production. As an example, in 2018, an estimated €1bn worth of offshore wind power was curtailed in Germany due to insufficient transmission grid capacity.

So instead of transporting bulk electricity, it would be more cost efficient to transport hydrogen. In addition, hydrogen, like natural gas, can be stored over seasons and can hence serve as a dispatchable source of bulk energy, a distinctive advantage over electricity.

A trans-national hydrogen gas pipeline system is therefore required, enabling transport of hydrogen from the hydrogen production locations (with good renewable resources) to the demand sites.

Large-scale hydrogen storage facilities (eg using salt caverns or possibly empty gas fields), need to be integrated into such a hydrogen transport system to enable delivery of hydrogen at the time of demand.

Converting the gas grid and connecting to North Africa

Europe has a well-developed gas grid that can be converted to accommodate hydrogen at minimal cost. Recent studies concluded that the existing gas transmission and distribution infrastructure is suitable for hydrogen with minimal or no modifications.

The European transport grid for natural gas is about 200,000km long, with a distribution grid that is several times that in length. In addition to the natural gas grid, there are around 10,000km of pipelines that carry other substances such as oil, kerosene, hydrogen, ethylene, nitrogen, etc.

In July 2020, a group of 11 European gas infrastructure companies presented their roadmap for realising a dedicated European Hydrogen Backbone. A hydrogen backbone, based on converted 36 and 48-inch gas pipelines, can transport around 8 GW and 15 GW, respectively, of hydrogen (HHV) per pipeline.

They estimate that a European Hydrogen Backbone would consist of about 75% converted gas pipelines and 25% new hydrogen pipelines, with transportation costs of about €0.13/kgH2/1,000 km.

However, using new large dedicated pipelines operating at up to 100 bar pressure could achieve transport costs even below €0.1/kgH2/1,000 km.

For Africa and Europe, it would therefore be very interesting to unlock renewable energy export potential in North Africa by converting electricity into hydrogen and transporting it via pipelines, including some converted natural gas pipelines, to Europe.

As an example, hydrogen transport cost for a new hydrogen pipeline, crossing the Mediterranean Sea, from Agadir in Morocco, and linking to the Ruhr area in Germany, a distance of about 3,000km, would cost around €0.3/kgH2, or €0.0075/kWhH2 (HHV).

However, to fully utilise the advantage of lower transport costs, at least one million tonnes of hydrogen per year needs to be produced and transported. A 1 or 2 GW wind or solar farm is of sufficient size for electricity because it matches the capacity of a high voltage direct current (HVDC) connection.

But for hydrogen production, a wind or solar park needs to be sized based on hydrogen transport pipeline capacity. A pipeline with a capacity of 10 GW operating at 4,000 full load hours per year will transport about one million tonnes of hydrogen (40 terawatt hours (HHV)) per year.

Finding the space for hydrogen infrastructure

Production of one million tonnes of hydrogen per year needs space. Space for the electricity production by solar or wind, for the electrolysers, compressors, cabling and pipelines, access roads, etc.

For solar, an area of about 500 square km is needed, more or less fully occupied with installations and equipment.

For onshore and offshore wind the physical space that an individual wind turbine needs is not much. For a wind farm, however, the turbines need to be spaced well apart from each other, due to wake and turbulence effects. A rule of thumb is a spacing of seven times the rotor diameter. Therefore, the total area that is needed to realise a wind farm, is much larger than the area occupied by the wind turbines themselves.

The table below compares space requirements for producing around one million tonnes per year of hydrogen from various different sources of renewable energy.

The development of such large-scale sites for renewable hydrogen production requires governments to designate these areas.

However, today a framework to implement and integrate hydrogen in a systemic way into energy, climate, economic and geopolitical policies is missing.

Hydrogen is not an add on to the natural gas system and not a part of the electricity sector either. It is not just about stimulating demand in individual sectors and production via subsidies, tax reliefs, tenders, quota, setting emissions caps, etc.

Hydrogen has a systemic role to play, as feedstock, energy carrier and energy commodity. Therefore, a dedicated, integrated and coherent policy framework needs to be designed and implemented.

Such a policy framework needs to stimulate demand and production in a coherent way, and a dedicated spatial planning policy is also required.

But a hydrogen policy framework needs to include also the development of a dedicated hydrogen infrastructure, including storage, together with the design and implementation of transparent hydrogen market mechanisms and last but not least an international trading, security-of-supply and strategic reserve policy.