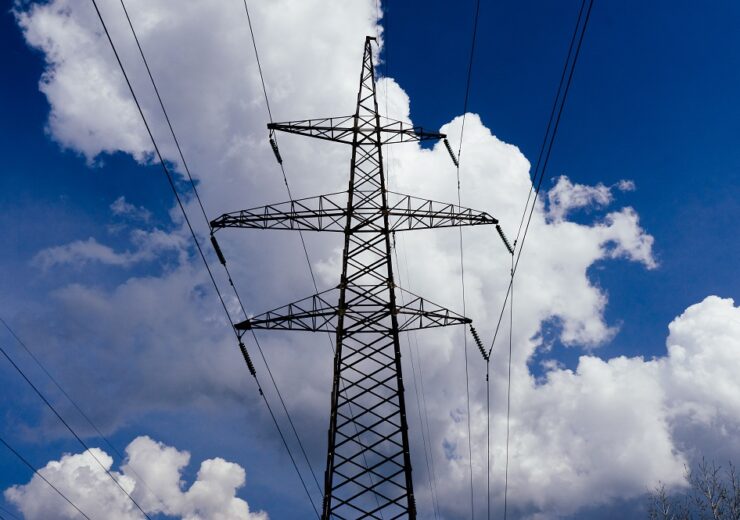 The power sector in Europe and beyond is being transformed by the growth of renewable energy and the move towards a single energy market – and HVDC (high voltage direct current) has a crucial role to play in enabling this power generation revolution. Writing in Modern Power Systems magazine, Peter Lundberg, HVDC global product manager at Hitachi ABB Power Grids, explains more.

It is well known that the increasing integration of renewable energy and an urgent drive to reduce carbon emissions is transforming the European power sector. Today, focus is shifting from conventional load generators located close to consumers to more decentralised suppliers – in particular wind farms and hydropower located at great distances from the centres of consumption.

Alongside this paradigm shift comes another: a move towards a single European energy market that will see electricity traded across national borders easily and efficiently.

The European Commission has set an interconnection target of at least 10% by 2020 and 15% by 2030. According to the Commission, this means each country should have power cables capable of transporting at least 10% of domestic electricity produced to neighbouring countries.

Meeting these targets will help the EU achieve its climate and energy goals by enabling the integration of more decentralised renewable energy sources, from offshore wind farms in deeper waters, for example.

However, without significantly upgrading the current AC grid infrastructure to make it more flexible and robust, the shift to a single energy market – which requires efficiently transmitting electricity across multiple borders and over long distances – will be impossible.

Upgrading existing AC grids with HVDC grid technology can provide the resilience and agility needed to integrate more intermittent renewables over long distances. The technology was pioneered by ABB Power Grids 65 years ago to do just this, as well as to provide greater stability and lower electrical losses.

Our catalogue of completed projects has shown that building interconnectors with HVDC cables provides 50% more power than AC alone, for cables of equivalent size.

Further technological upgrades, such as HVDC Light for underground and underwater transmission and development of our Hybrid HVDC circuit breaker, able to isolate faults and maintain continuous flow, have further strengthened the offering.

With the UK’s Dogger Bank offshore wind project, we will soon see the biggest yet.

But there is much more the EU could achieve with HVDC technology, as our recent work in China shows.

Multi-terminal systems and HVDC grids include more than two converter terminals, so the additional complexity of co-ordinating converter controls and aligning design parameters must be mastered. Supported by Hitachi ABB Power Grids, China has leapt beyond multi-terminal to the construction of an HVDC grid—an achievement previously only replicated in simulations.

The Zhangbei project, commissioned by the State Grid Corporation of China (SGCC), one of two transmission system operators in the country and the largest utility in the world, has integrated four 535 kilovolt (kV) HVDC transmission links, in total 648 km in length.

Essentially, this means we have gone from having an HVDC installation linking two points, to connecting four points, forming a meshed HVDC grid.

SGCC’s new grid infrastructure enables interoperability, allowing power to flow in two directions. This has created a flexible grid with the lowest total transmission losses in the system, up to 40% less than conventional AC, while also maintaining grid resilience.

Each link has a capacity of 3,000 megawatts (MW). It will allow the region to more efficiently integrate exponentially more hydro, wind and solar power generation, reducing its CO2 emissions by 40 million tonnes per year, cementing China’s reputation as a leader in renewable energy adoption.

Hitachi ABB Power Grids has also supplied technology for a number of ultra-high-voltage direct current (UHVDC) transmission links, which are among the world’s most powerful.

We supplied the breakthrough technologies for the world’s first 1,100kV UHVDC transmission link, the Changji-Guquan link in China, with a capacity of 12,000MW — 50% more than the 800kV UHVDC links previously in operation.

It is unequivocal that if Europe is to transition to a single energy market it needs to have an efficient and robust long-distance transmission system.

HVDC is the technology to enable this; two gigawatts can flow in an HVDC system of 800 km without encountering excessive losses. This drastically exceeds the power limit for an AC connection, which has higher losses and voltage and angular stability constraints that do not exist for a DC connection if the interconnecting grids are not limiting the power flow.

The relatively new technology of HVDC breakers can provide breakdown protection, which is important when going from point to point and multi-terminal to a DC meshed grid.

The Zhangbei project has seen China go from talking about upgrading its grid infrastructure for more reliability, efficiency and increased renewable energy adoption, to actually doing it. This shows the rest of the world that it can be done.

For Europe there are different challenges. There are legal and regulatory frameworks that need to be adopted in the EU that are not a consideration in China. For example, in China the state takes system responsibility for the installation; in Europe and in the rest of the world, it is the vendor’s responsibility.

Vendors like ourselves need to work together in the technology implementation phase to not only push the adoption of HVDC, but to build the right legal and regulatory framework.

Additionally, in Europe some are put off by the CAPEX required, but when factoring in operational expenditures – such as reduced losses, added resilience, the environmental impact of using less land and requiring fewer permits for cabling – the extra costs in many cases are easily and quickly balanced out.

Not to mention proliferation, which will create a price decline over time.

Interestingly, the first voltage source converter (VSC) multi-terminal project in Europe is now under construction, which will see implementation of an HVDC link connecting Shetland to the Caithness Moray HVDC link.

The European Commission estimates that between 240GW and 450GW of offshore wind power is needed by 2050 to keep temperature rises below 1.5°C. To distribute this amount of energy to consumers without creating bottlenecks will require a meshed offshore HVDC grid system in the Nordic sea to combine the different clusters.

This is the most economical solution, more cost-effective than building only HVDC point-to-point links.

The Dogger Bank installation will be one of those clusters. Once completed, around 2025, this wind farm in the North Sea will increase offshore wind generating capacity by 3.6GW, equivalent to around 5% of the UK’s total installed capacity. This would be extremely difficult to achieve without HVDC due to the distances involved.

As our past projects show, HVDC has already become an invaluable tool for helping energy transmission become smarter, stronger and greener.

The early uses of HVDC saw the connection of hydropower from remote areas to cities. The NordLink project, which has now connected the Norwegian and German power grids for the first time allows Germany to use hydropower from Norway as a battery for the German grid.

Scandinavia and northern Europe is the most HVDC interconnected area in the world with around 20 HVDC installations enabling trade with renewable energy and secure power supply.

For onshore windfarms, which are often a source of land planning tension, by providing more power per link, HVDC technology can minimise the over-head infrastructure required and reduce land use by up to 50% compared to HVAC, mitigating “nimbyism” and reducing permitting requirements.

HVDC is proven technology ready to support the energy transition. What we need to fully utilise the technical possibilities is for countries, and regions like the EU and North America, to take the necessary policy and investment steps to benefit from it.

North America could also gain from HVDC technology to connect its five different independent transmission systems, similar to what is being done in Europe.

China has shown that meshing AC and DC grids can be done. Europe would benefit from the same development. What is needed is a political push, an energy deal and an environmental union to also make it happen.

There are, of course, commercial challenges to consider; there is a real risk from stranded assets. But climate mitigation will continue to drive the energy transformation agenda one way or another.

By enabling grid interconnections and facilitating the transmission of electricity beyond borders, with minimal environmental impact, HVDC is shaping a stronger, smarter and greener grid and boosting the transition towards renewables. It can help Europe achieve a sustainable and reliable transmission grid, based on renewables.