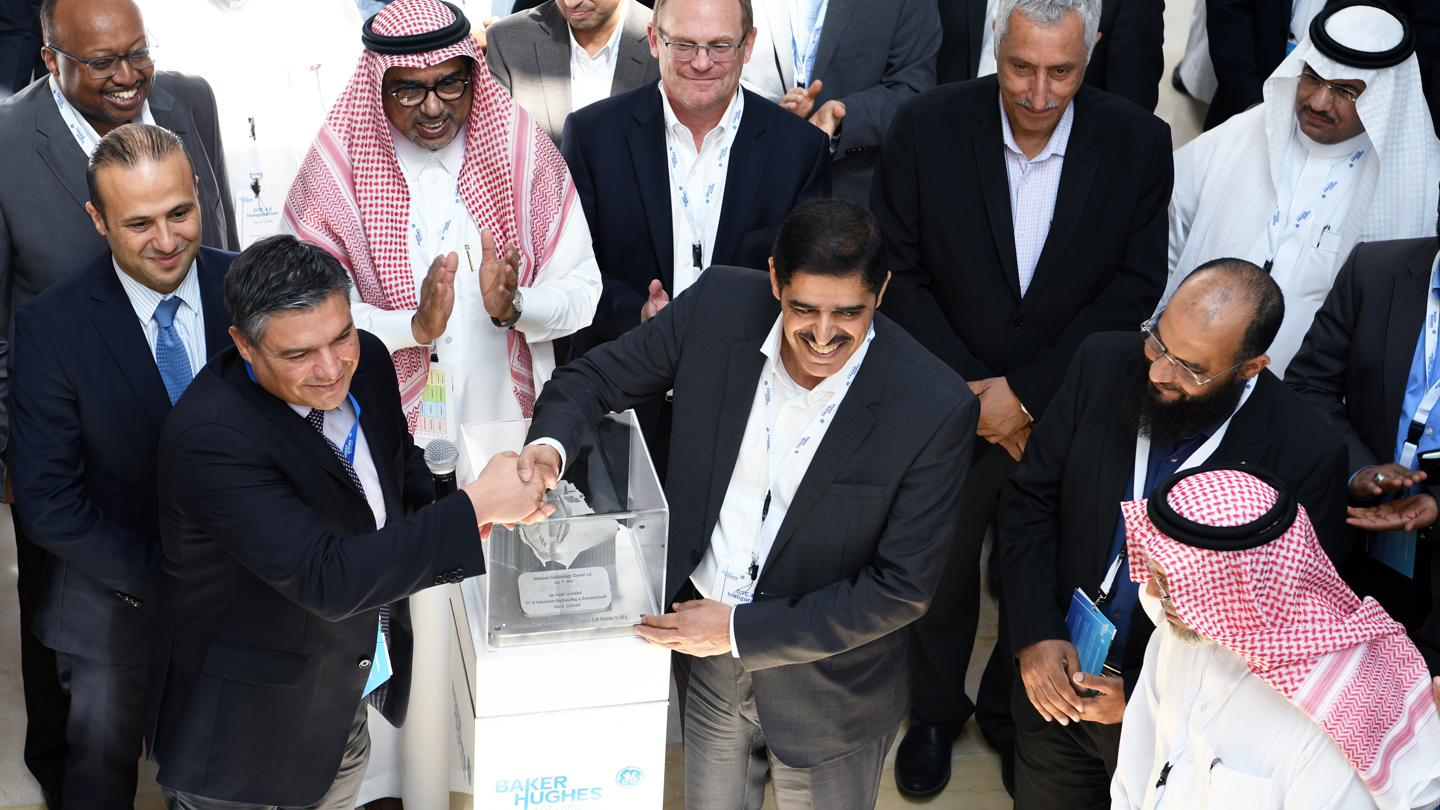 The state-of-the-art facility will house a host of groundbreaking technologies, including the first industry 3D printer for metal in Saudi Arabia and a data visualization and automation platform to help simulate and optimize well activity and construction.

“This center will be a game-changer in ways that many of us would have considered science fiction’ at the beginning of our careers,” said Saudi Aramco’s Vice President of Petroleum Engineering & Development, Mr. Nasir Al Naimi, welcoming invited guests and a BHGE management delegation led by CEO Lorenzo Simonelli to the Dhahran Techno Valley.

Saudi Aramco expects the technology and strategic impact of the new center to significantly upgrade Saudi Aramco’s capabilities to project manage, design, manufacture, and commission hardware and software (control & condition monitoring industry) with the ambition of deploying it globally.

“Saudi Aramco and BHGE have a long history of working together. We appreciate BHGE’s wholehearted commitment to the Kingdom and to supporting Saudi Aramco in its operations,” Mr. Al Naimi said. “In a way, I believe the strength of this relationship comes from a fundamental alignment of the technology roadmaps between Saudi Aramco and BHGE.”

The facility is also expected to house a Visualization Lab equipped with a digital learning, visualization and automation platform able to absorb data from multiple sources to create a digital twin of the planned well and its surrounding ecosystem. This will in turn enable well planners to run multiple predictive simulations and workflows to optimize the well construction process.

The Dhahran Techno Valley Holding Company (DTVC) – a wholly owned subsidiary of the King Fahd University of Petroleum and Minerals (KFUPM) – is a key driver of the Dhahran Techno Valley Ecosystem, which was created to promote a knowledge-based economy in Dhahran and in the Eastern Province. This ecosystem includes KFUPM, national champions such as Saudi Aramco, SABIC and SEC, technology partners and small to medium size enterprises.