The use of LNG to power the world’s ocean-going vessels is forecast to expand and B.C. is well positioned to benefit from this growth 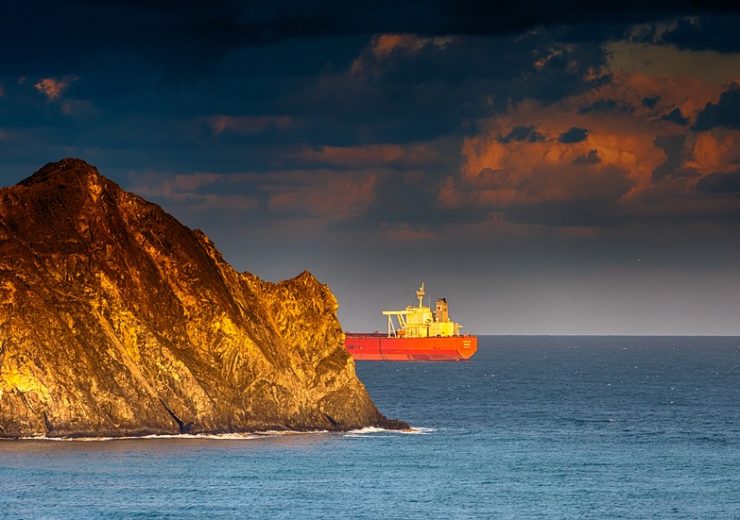 To help address the increased need for liquefied natural gas (LNG) in the maritime sector, the B.C. government is joining the Vancouver Fraser Port Authority and FortisBC to establish the first ship-to-ship LNG marine refuelling — or bunkering — service on the west coast of North America.

The use of LNG to power the world’s ocean-going vessels is forecast to expand and B.C. is well positioned to benefit from this growth.

According to industry standards, replacing diesel fuel with LNG has the potential to reduce greenhouse gas (GHG) emissions by approximately 20%. Because FortisBC’s Tilbury facility runs on clean B.C. electricity, LNG produced there could reduce GHG emissions in marine shipping by up to 26%. LNG-fuelled vessels have a significantly reduced risk of a spill compared to those that use heavy fuel oil or diesel.

“We are confident in B.C.’s ability to join the global network of ports that deliver clean-burning LNG direct to the ships of the future,” said Premier John Horgan, who visited the world’s largest LNG bunkering facility at the Dutch port of Rotterdam in July 2019. “This will allow B.C. to have a direct impact on global emissions by reducing the amount of greenhouse gas emissions from visiting vessels. Working together, we can meet the increasing global demand for energy solutions that reduce air pollution and protect our climate, while creating more jobs and opportunities for everyone in B.C.”

Initial findings from a study done by PricewaterhouseCoopers (PwC) for FortisBC show that a five-year construction period for LNG bunkering infrastructure could facilitate the creation of a cumulative 14,000 full-time equivalent person years of employment over the duration of the build and contribute a cumulative $1.8 billion to provincial gross domestic product. Once fully operational, a bunkering industry could have an annual economic impact of $930 million and facilitate about 3,170 full-time equivalent person years of employment.

B.C. is making a $25,000 contribution to the PwC study to fund environmental and social impacts analyses and a competitiveness assessment. The study is also building on work already done on risk, safety and demand.

“We are encouraged by the initial projections,” said Bruce Ralston, Minister of Jobs, Trade and Technology. “It is expected that LNG-powered ships — specifically container, car carrier and cruise vessels — could begin calling in Vancouver as early as 2020, and global demand is expected to exceed nine million tonnes (23 million cubic metres) of LNG annually by 2025. B.C. should be ready to get some of that business.”

B.C. has been in the LNG bunkering business since 2017. Five BC Ferries vessels and two Seaspan cargo ferries are fuelled with LNG from FortisBC, via truck. This proposal would expand to develop ship-to-ship bunkering so that large vessels can be fuelled from a fuelling vessel that fills up at an on-shore jetty at Tilbury Island on the Fraser River.

“The increased activity of LNG-powered ships would significantly reduce the GHG emissions produced by the international marine shipping industry, in line with our efforts to lower other transportation emissions under CleanBC,” said Michelle Mungall, Minister of Energy, Mines and Petroleum Resources. “It also provides an opportunity for us to develop this innovative, emerging industry using B.C.’s lower carbon natural gas.”

“Establishing British Columbia as an LNG bunkering hub for regional and international vessels is a rare opportunity for the Province to take meaningful climate action, while also seizing an economic opportunity provided by British Columbia’s world-class natural gas resources. Replacing common marine fuel with FortisBC’s LNG is not only advantageous cost-wise for the operator, but leads to GHG emission reductions of up to 26%, as well as a 95% reduction in air contaminants, such as nitrogen oxides and particulate matter. It is a core activity within our plans to meet our goal to reduce customers’ emissions by 30% by the year 2030.”

“We have set a vision for the Port of Vancouver to become the world’s most sustainable port, which includes being a leader among ports in energy conservation and alternative energy to minimize greenhouse gas emissions. With the number of LNG-capable vessels visiting the Port of Vancouver expected to increase following upcoming International Maritime Organization regulations on sulphur oxide and greenhouse gas emissions, we are working with government and industry to promote a transition to cleaner marine fuels and look forward to working with the Province to help make this possible.”