Gasum said that all the vessels can be used for bunkering operations, and they play an important part in Gasum’s strategy to build a low-carbon future on land and at sea 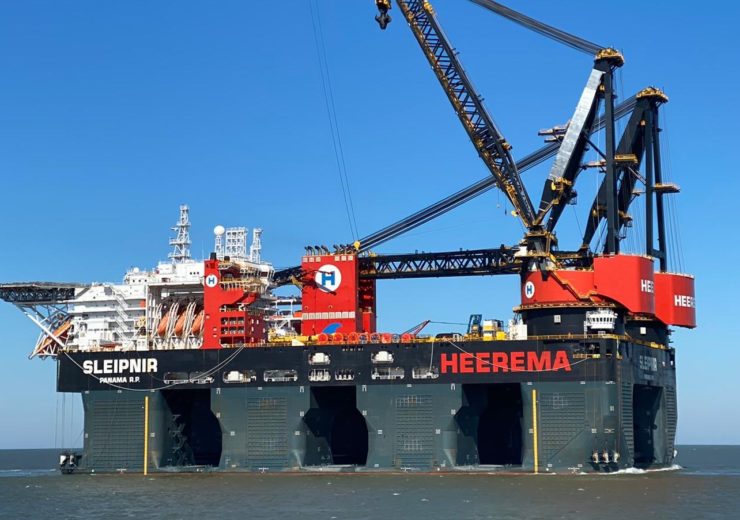 The bunkering took place in May in Åmøyfjorden, Norway. (Credit: Gasum)

Heerema is the latest maritime company to reduce their climate impact by using low-emission LNG provided by Gasum. Gasum performed an LNG bunkering at the beginning of May for Heerema’s unique crane vessel Sleipnir, which has a lifting capacity of 20,000 tonnes. Sleipnir will operate on the Norwegian Continental Shelf during the following months.

“The bunkering operation was swift and efficient, saving valuable time and allowing Sleipnir to start her work quickly. We are extremely proud of our well-equipped bunker fleet. It is now possible to offer a large degree of flexibility to our customers. The bunkering of Heerema’s Sleipnir is a good example. Our bunker vessel Kairos was the only vessel able to bunker Sleipnir in her current state. To reach the fuel tank we needed to lift the bunker hose more than 28 meters above sea level,” explains Gasum’s Jacob Granqvist, Sales Director for Maritime.

Gasum’s fleet includes five LNG supply vessels: Coralius, Kairos, Coral Energy, Coral EnergICE and Seagas. All the vessels can be used for bunkering operations, and they play an important part in Gasum’s strategy to build a low-carbon future on land and at sea.

“Maritime traffic generates 3 percent of the world’s total greenhouse gas emissions. To lower these emissions, we need to reduce the use of conventional fuels, such as heavy fuel oil, in maritime transport. LNG provides an excellent alternative, and we are happy to see that vessels such as Sleipnir use it as fuel,” Granqvist adds. Heerema’s Sleipnir performed decommissioning work at the Ekofisk platform during the same month. Naturally she ran on LNG next to the platform while performing the environmentally friendly process of removing a retired platform.

As a marine fuel, liquefied natural gas (LNG) meets all current and forthcoming IMO and EU regulations. In addition, the use of LNG removes all Sox emissions and particles and reduces Nox emissions by 85 per cent compared to heavy fuel oil. LNG also lowers CO2 emissions by at least 20 percent.