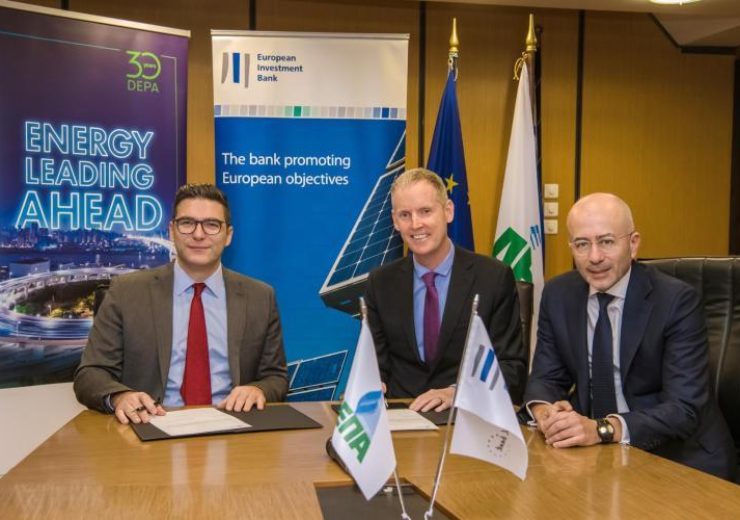 The European Investment Bank (EIB) has agreed to provide €20m ($22m) financing to Public Gas Corporation of Greece (DEPA) for the construction of a new LNG bunkering vessel in Greece.

To be located in Piraeus, Greece, the vessel will have a capacity of 3,000 cubic metres and will be used for maritime in Greece.

Claimed to be the first of its kind in Greece and the Eastern Mediterranean, the vessel will be filled with LNG at Revithoussa LNG terminal and will refuel the ships in Piraeus and other ports in Greece and the wider region.

The construction of the new vessel will support the move towards green shipping with more eco-friendly fuels, as per the new stringent international regulations.

DEPA CEO Konstantinos Xifaras said: “The new vessel will serve the supply needs not only of Piraeus but also of other Greek ports and it represents one more decisive step in DEPA’s efforts to expand the use of LNG in maritime transport in the eastern Mediterranean, thus creating an integrated and efficient LNG supply chain.

“Through targeted investments, such as this one, as well as through multilevel international collaborations, DEPA supports the transition of both big ports and ships in the region to the LNG era, contributing to the protection of the environment and improving the competitiveness of Greek shipping and the ports of our country.”

The EIB loan, which will cover 50% of the construction cost of the vessel, is guaranteed by the European Fund for Strategic Investments (EFSI / Juncker Plan).

DEPA has secured a further amount of €8.9m ($9.8m) from the European Union under the European Action entitled “BlueHUBS” for the construction of the vessel.

In October last year, EIB provided a $121m loan for the construction of a gas systems interconnection facility between Bulgaria and Greece (ICGB).

The project includes a 182km long gas pipeline comprising 151km connected to the Bulgarian gas transmission and 31km in Greece, which is linked to the Greek gas system and TAP in Komotini.