The production of the LM 107.0P blade also represents a milestone marking the first wind turbine blade to exceed 100m in length 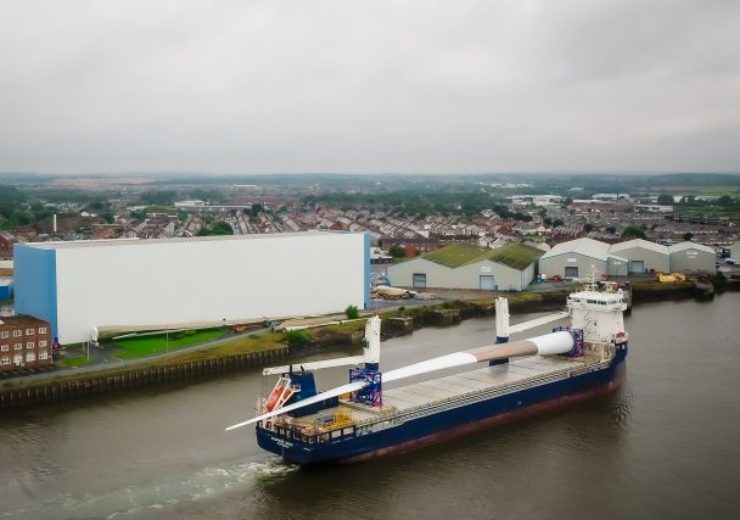 LM Wind Power has designed the 107m blade, which is set to be the largest wind turbine blade in the world, for GE Renewable Energy’s Haliade-X 12MW turbine, which also marks the biggest turbine till date.

LM Wind Power Engineering vice president Hanif Mashal said: “LM Wind Power has broken the size record once again with this 107-meter blade. We are proud to begin its global validation program in the UK, where we have a long-term strategic partnership with ORE Catapult to test new products, including our previous record-breaking blade at 88.4 meters in length.

“Through LM Wind Power’s advanced technology development hub in Southampton, we look to continue our presence and cooperation with UK-based technology and R&D entities.”

ORE Catapult said that it would employ a full range of advanced testing procedures to validate the capability to withstand peak wind conditions and simulate the readiness of the blade for years of operation at sea.

In addition, it is expecting other three 107m blades to be shipped to a prototype site in Rotterdam, Netherlands.

ORE Catapult chief executive Andrew Jamieson said: “We’re delighted to have taken delivery of the world’s longest blade at our Blyth test facility, where we’ll put it through an extremely rigorous testing programme designed to make sure it can withstand years of operation at sea.

“This 107m blade, which is larger than the total wingspan of an A380 aircraft, represents a huge milestone for our industry and will be part of the innovative Haliade-X 12 MW next-generation offshore wind turbine.”

The shipping and testing the first components of the Haliade-X 12MW indicates that GE Renewable Energy would commercialise the technology in 2021.

In addition, the production of the LM 107.0P blade also represents a milestone marking the first wind turbine blade to exceed 100m in length.