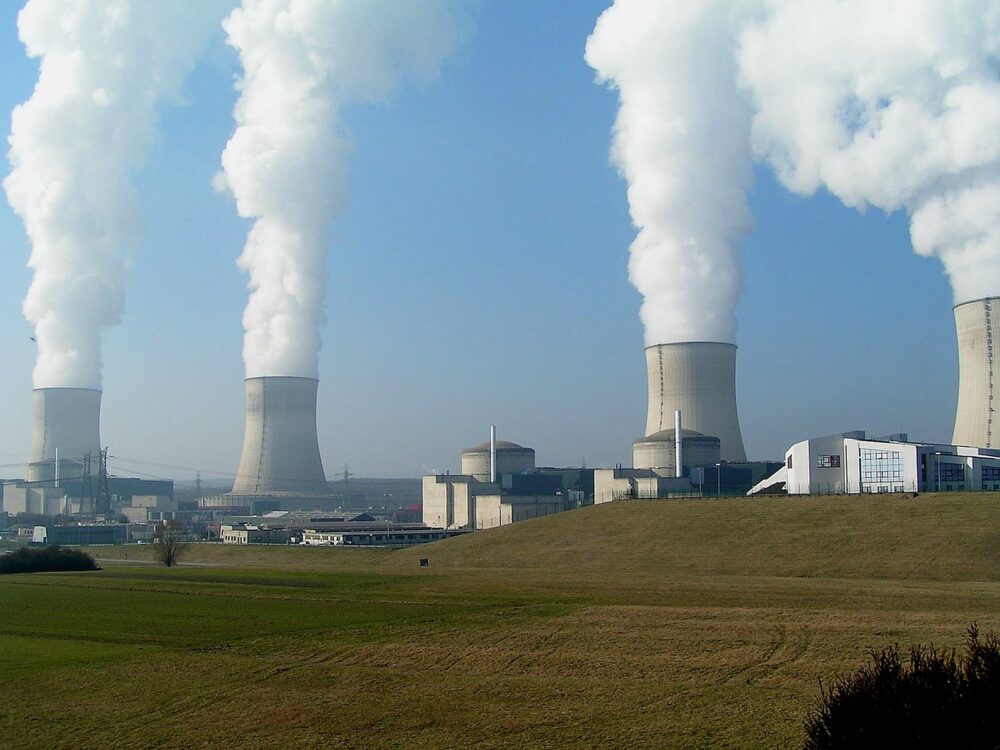 The four-year project is led by EDF, which operates a fleet of 56 power reactors in France (Credit: Wikimedia Commons/Stefan Kühn)

A four-year research project will see the French nuclear sector work collaboratively to develop digital twins for the country’s nuclear reactors. Here, Nuclear Engineering International takes a look at what the EDF-led initiative will provide for the sector.

Organisations from the French nuclear industry are pooling their research and development expertise to develop digital twins for the country’s nuclear reactors that can be used from design right through to decommissioning.

The four-year project is led by EDF, which operates a fleet of 56 power reactors in France. It also includes the French Alternative Energies and Atomic Energy Commission (CEA), engineering company Framatome, simulator specialist CORYS, the Research Center for Automatic Control at Nancy and companies with skills in simulation, advanced visualisation, real-time modelling, and related fields, including Aneo, Boost-Conseil, ESI Group and Axone.

The project is also supported by the trade association of the French nuclear industry (GIFEN) and by Nuclear Valley, a cluster of businesses working in the nuclear sector and located mainly in the Burgundy, Rhone Valley and Paris regions.

The project will be co-ordinated at EDF’s Lab Paris Saclay R&D site and is expected to involve 186 full-time equivalent (FTE) specialists over four years.

“Collaborating with accomplished and experienced industry leaders and academic partners on this project will contribute to the development of new engineering services for our customers worldwide, and it will enrich the skills of our people now and into the future,” says Stéphane Bugat, director of research and development at Framatome.

The project also contributes directly to the Strategic Contract of the Nuclear Sector (CFSN), which aims to guarantee the maintenance of skills and expertise in the industry and to bring forward innovation through digital technology.

Goals of the digital twins in France’s nuclear reactors

Two innovative products are expected from the project by 2023. These digital twins will serve as training simulators for the new generation of operators and as a simulation environment for engineering studies. They are expected to have applications across the entire plant lifecycle from design, through operations and maintenance, to decommissioning.

CORYS business developer Didier Paen, who is also project manager for one of the digital reactor work packages, says that a digital reactor devoted to operator training will be able to depict the physical phenomena during operation of the unit, and simulate various operating strategies.

“Instead of a full-scope simulator, operators will use a web interface,” explains Paen. “Rather than describing each system in detail, the model will depict the workings of the installation as a whole. It will also be a faithful reproduction of a specific unit in the French fleet – indeed, achieving this is one of the key challenges.”

Benoît Levesque is leading the project for EDF R&D. After holding various positions at the French nuclear operating company, including as manager of the maintenance and modifications team at Fessenheim and working on the design of the EPR, Levesque understands the potential of this new digital technology.

“This digital twin allows you to immerse yourself virtually in a functioning reactor and to access all kinds of information on the behaviour of its components, which is impossible to do in the real world,” Levesque says in an interview on the EDF website.

To achieve this, the partners will rely on a range of simulation software and calculation codes capable of modelling the various phenomena at work in a reactor. These already exist, but the challenge, according to Levesque, is to produce a representative of each individual plant, rather than of the generic reactor type.

The digital reactor project will need to integrate data specific to each facility, including design data, operating records and real-time measurement. The digital twins will evolve in line with design changes and modifications at each plant. Challenges will include verifying that the unit-specific data supplied is complete and coherent.

Levesque says that the project team have identified more than 20 calculation codes and applications that need to be integrated into the digital twins, all in different IT environments, some dating back more than 25 years.

These codes model everything from neutronic aspects of the reactor core to thermal-hydraulics or chemistry. Some codes focus specifically on a particular component and its operation, while others deal with system-wide phenomena.

CEA will play a key role in ensuring the interoperability of all these computer codes, which were separately or jointly developed by CEA, EDF or Framatome. Around 10 people from CEA’s nuclear energy and research departments will be involved in the project. They will be responsible for creating the advanced multiphysics simulation platform for the studies, says Xavier Raepsaet, head of simulation in CEA’s nuclear energy department.

CEA’s Cathare software for simulating flows throughout the reactor and its components will be used in both platforms, although the physics for the operating and training platform will not be as detailed.

Framatome will manage validation of the advanced simulation platform for studies and will also participate in testing of the training platform. “The digital reactor is an important tool for the continuous improvement of safety,” Framatome’s Bugat said.

Integrating and updating computer codes with others representing the latest advances in physics is expected to improve the precision of Framatome’s studies, which make extensive use of simulation to demonstrate the safety of equipment in a range of operating scenarios.

EDF also believes the digital twins will help to improve safety and quality of operations. Stéphane Feutry, who supervises production in the French nuclear fleet, says that by grouping together the various simulation tools that have so far remained partial – some for design, others for operation – the digital reactor will allow EDF to better validate its action strategies in case of an event.

The digital reactor will complement existing activities by allowing EDF to repeat operations more often through simulation, provided they are easy to use. The idea is to test prototypes that can lead to near-term gains in operating quality, Feutry notes, adding that EDF has already trialled virtual reality devices to simulate opening or closing valves in the reactor building.

Jobs, skills and training – The aim is to guarantee the skills and expertise required in a nuclear industry that is attractive, safe and competitive. It is essential to maintain and renew skills in the industry for its continuity, its ability to exploit production facilities under the best conditions (safety in particular), its ability to innovate and its future development capacity.

Digital transformation of the nuclear industry – The aim is to restructure the supply chain and innovation in the industry through use of digital technology.

The international arena – It is fundamental that the French nuclear industry adopts a global strategy, with particular focus on improving its position within the market and on establishing a portfolio that will meet the needs of the international market over the coming years.

In the R&D and the ecological transformation of the nuclear industry area, two key challenges lie at the heart of this focus area.

The first is a circular economy in the industry, particularly in the fuel cycle and recycling of very low-level radioactive metals.

While the second is defining the reactors and tools of the future, with particular emphasis on stepping up the “Usine Nucléaire du Futur” (Nuclear Plant of the Future) initiative launched by EDF, CEA and Framatome, and on developing a small modular reactor (SMR) model based on French technology.