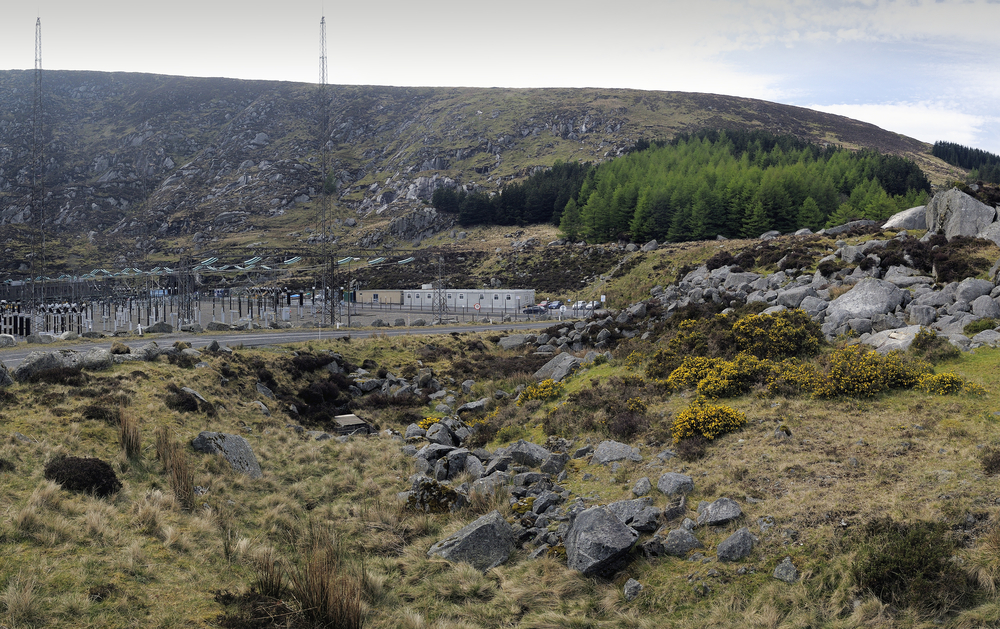 Pumped storage’s important role within the energy transition was highlighted recently during a webinar organised by Business Review Webinars. As participants discussed at the event on 2 July 2020, efforts to extend the life of Ireland’s only pumped storage station led to the development of a world first – a physics-based digital twin of a pumped storage plant.

Turlough Hill power station was built by Irish state-owned utility, the Electricity Supply Board (ESB), in 1968. As Ireland’s population began to grow and electricity demand increased, ESB recognised that pumped storage would be an environmentally-friendly solution to meeting power demands and helping to manage and stabilise the country’s electricity supply.

Located 60km south of Dublin City in the Wicklow Mountains, the 292-megawatt (MW) scheme swung into operation in 1974. At the time, the project was described as a unique and innovative civil engineering solution for Ireland.

Niall McCarthy is a senior project Eengineer at ESB and spoke about how generating technology has undergone significant changes since the construction of Turlough Hill. The introduction of other renewables such as wind power has led to changes in how Turlough Hill is called upon to operate.

Its original generating and pumping cycle was only operated once a day. However, the plant has had to take on another critical role in helping ESB integrate increased renewable generation into the grid, and now Turlough Hill operates in a far more flexible regiment than originally anticipated with several generation cycles per day.

McCarthy went on to explain that the importance of Turlough Hill in the grid will only increase, especially as the newly formed Irish government is committed to an average 7% annual reduction in overall greenhouse gas emissions from 2021 to 2030.

“This twofold increase on previous targets will further emphasise the importance of Turlough Hill,” he said. “Turlough Hill plays and will continue to play a critical role in ESB’s and Ireland’s low-carbon future.”

Having clocked up 46 years of operation, ESB started to ask questions about structural integrity and operational risk at Turlough Hill. The utility felt that it needed to improve assessment of the plant and create greater understanding about its remaining asset life and how operations could best continue over the coming years.

Stephen Scully manages the materials assessment section in ESB. He spoke about the challenges in maintaining this critical asset and how they looked at several aspects including design and design assumptions. He said it was also important to understand their limitations as the plant was designed in the 1960s – some years before a lot of today’s technology was developed.

Scully added: “One problem was that we didn’t have a clearly defined end of life for this particular asset. So, without that defined life, it was not possible to say how much theoretical service life it had consumed or how much was remaining.

“As the operating demands have changed since the plant was first designed, and will continue to change into the future, we would really like to understand the impact of these changes on plant life. We don’t have a plant closure date, but we do know it has many years of useful service left to give.”

The above points highlighted a need for better tools to understand and predict plant behaviour. Binang Gamit is a mechanical engineer and technical team leader for the digital twin at ESB. He spoke about the journey of creating the world’s first digital twin of a pumped storage station.

According to Gamit, the real backbone of the Turlough Hill project is the penstock. Buried deep in rock this creates serious challenges for asset management and access for inspections.

Conventional solutions include small scale finite element analysis, but this can be time consuming, has a limited subject size and potentially inaccurate results. Analytical fatigue calculations could also be used but problems here include lack of data, pressure extrapolation, the impact of boundary conditions and less accuracy.

Gamit said the need for a faster and smarter tool led to ESB working with engineering simulation technology company Akselos. Together they entered the world of digital twins.

Put simply, Gamit said that a digital twin is a digital replica of the original physical asset based on a FEM platform. While Akselos said that its simulation models push the boundaries of what modern engineering can achieve and allow for high fidelity simulations of large, complex assets, to optimise processes, asset integrity and sustainability throughout the asset lifecycle.

Creating a digital twin has allowed ESB to:

Furthermore, the benefits of a digital twin include extending the life of the actual asset, facilitating more accurate fatigue life assessment and condition-based asset management, and helping to guide and inform more regular and targeted inspection processes.

“We can fully appreciate the challenges that companies like ESB are facing in the energy transition,” said Andrew Young, vice-president of project delivery at Akselos.

“Akselos’ technology and software offer an unprecedented level of speed, scale, accuracy and automation that enables a step change in how we consider asset management in an operational space.”

He described ESB as a forward-looking company that has been a real enabler for this work. While Turlough Hill was a good candidate for a digital twin and a perfect example of where “this technology is unrivalled and can look holistically at a whole asset”.

Young said that his company believes utilisation of the digital twin at Turlough Hill, based on a 10-year business plan, will save ESB in the region of €3m ($3.6m) – although he adds that this is a conservative number and can probably be improved upon. In addition, ESB and Akselos are looking to extend the original design by 20% to 50% and reduce inspection costs by 10% to 20%.

ESB said that innovation is at the heart of everything it does. The utility was described as being visionary in the 1970s when it developed the low-carbon asset of Turlough Hill. And, yet again today, it is utilising Akselos’ innovative digital tool to address the challenges of extending operational life, and maintaining the pumped storage plant’s important contribution to the electricity grid.

“Creating the world’s first digital twin for a pumped storage plant has been highly challenging,” Gamit admits. “But it has also been equally exciting.”