Reactor developers are developing a wide variety of SMRs, some of which also open up new opportunities for remote deployment, co-generation, hydrogen production and other applications 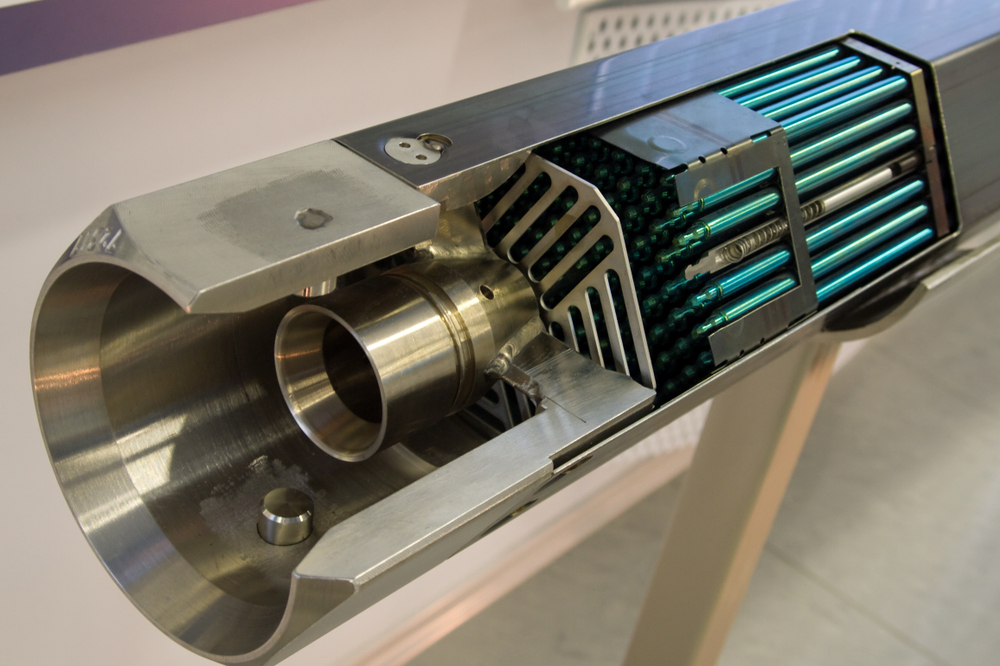 Many countries are looking at new designs of SMRs that promise to minimise challenges posed by the technology (Credit: Shutterstock/VPales)

New nuclear power plants will form a critical part of the energy mix for many countries as they dramatically reduce their greenhouse gas emissions.

With large gigawatt-scale plants presenting major challenges to investors and policymakers due to their large up-front investment, complexity of construction and the high risk of project delays and cost overruns, many countries are looking at new designs of SMRs that promise to minimise these challenges.

Reactor developers are developing a wide variety of SMRs, some of which also open up new opportunities for remote deployment, co-generation, hydrogen production and other applications.

Many use Gen III+ pressurised water reactor (PWR) technology similar to that used in current gigawatt-scale reactors, while others are based on advanced Gen IV technologies ranging from high temperature gas-cooled reactors to molten-salt reactors.

Each design will have its own requirements for C&I systems for the operation, monitoring and control of the reactor, turbine island and balance of plant. Even within the PWR category, the design principles and C&I architectures are very different and cannot be easily replicated from one design to another.

To understand the challenges, let’s look at three competing designs. There is the UK SMR being developed by a consortium of companies including Rolls-Royce, Jacobs, Assystem and Atkins with support from research institutions including the Nuclear AMRC.

Another design is the NuScale Power Module backed by Fluor Corporation with funding from the US Department of Energy.

And the third model is by Westinghouse SMR, which adapts technologies from the established AP1000 design.

The reactor protection system provides safe shutdown in response to a fault signal arbitrated by a priority logic system, based on Hardline technology. It uses mixed analogue and non-programmable digital sensors and transducers communicating on hardwired multi-channel digital electrical networks, which benefit from the diversity of the HDPS.

The reactor plant control system will deploy an industrial programmable logic controller or distributed control system. The UK SMR design team are investigating opportunities to use smart instruments and devices to modernise the platform and improve operation productivity and efficiency.

As well as a main control room encompassing displays, alarms and manual controls, the UK SMR C&I platform also features a supplementary control room with basic station control, HDPS, safety controls, and post-accident and severe-accident management systems as back-up for operating the plant in the aftermath of an incident.

Non safety-related C&I systems include distributed control, networked communications and sensors, transducers and instruments up to the automation system.

The UK SMR is at a relatively early stage, with C&I design development to date focusing on reactor and safety-related systems. Rolls-Royce’s modular Spinline technology is likely to be used as a basis for the safety C&I system.

A NuScale Power Module features two internal helical coil steam generators, housed within a high pressure containment vessel which is submerged underground in a stainless steel lined, water-filled concrete pool. It operates using the principles of buoyancy-driven natural circulation, even during transient or even accident conditions.

NuScale is the most advanced SMR developer in terms of securing licensing for its design. The company submitted its design certification application to the US Nuclear Regulatory Commission (NRC) in late 2016, and received design approval in August 2020.

The module protection system uses the highly-integrated protection system (HIPS) platform which is already approved by the NRC. The FPGA-based HIPS platform consists of multiple programmable modules that can be interconnected to implement multiple configurations to support the various types of reactor safety system.

NuScale’s design team have produced a coherent and consistent screen-based design for the operators, who will monitor and control the multi-reactor power plant from a single control room.

In Westinghouse’s SMR design, both the reactor vessel and the passive core cooling system are located below ground within a compact, high-pressure steel containment vessel.

The C&I system uses the proven Ovation digital control system platform, which is approved by the NRC and currently being deployed in the AP1000 plants.

The protection and monitoring system provides appropriate safety-related functions to maintain the plant in a safe shutdown condition, and also controls non-safety-related components that are operated from the main control room or from a remote shutdown workstation.

Other systems are not safety-related. The diverse actuation system provides an alternate means of initiating a reactor trip and actuating selected engineered safety features.

Since these SMR designs are based on proven PWR technology, most sensors and instruments are commercial off-the-shelf products that are already certified for the nuclear industry. It should be relatively straightforward to qualify these for SMR deployment.

Other SMR designs based on Gen IV technologies are likely to require new kinds of advanced sensors, some of which are now in development.

Prototype technologies have been reported using techniques including Johnson noise thermometry, fibre optics and ultrasonic sensors to measure the higher temperatures, pressures and flow rates of different types of coolant. However, none of these will be commercialised and certified for SMR deployment within the next few years.

Digitalisation provides tremendous advantages in automation and reliability over analogue systems that are manually controlled by human operators.

Digital smart devices are increasingly used in the upgrade of operating plants as well as new builds – for example, it was recently reported that the number of operational personnel at Russia’s Novovoronezh NPP-2 has been reduced by 30% to 40% thanks to digitalisation and automation.

However, embracing the latest digital components and C&I technologies will bring new challenges to SMR designers, licensees and regulators to approve the new entrants, particularly for smart devices that will require qualification.

The issue of cyber security will be critical for the certification of digital C&I systems. According to the Industrial Control Systems Cyber Emergency Response Team, part of the US Department of Homeland Security, cyber-attacks and security infringement targeting control systems have increased significantly in recent years.

With more digital smart devices used in nuclear power plants of any size, it must be a priority to protect the vulnerability of smart devices and digital C&I systems from cyber attack and malicious sniffing from hostile individuals or organisations.

In the UK, the C&I Nuclear Industry Forum has developed an innovative assessment tool for smart instruments and devices intended for use in nuclear safety-critical applications.

The Emphasis (Evaluation of Mission Imperative High-integrity Applications of Smart Instruments for Safety) tool uses established good practice to certify smart sensors or instruments before they can be deployed in a power plant.

It is compliant with the IEC61508 and ISO9001 standards, has been accepted by the UK regulator Office for Nuclear Regulation (ONR), and is now being put into practice by vendors and licensees.

Although the commercial concept of SMRs has existed for decades, no country yet has a licensing or certification process for C&I systems, structure and components exercised by a dedicated SMR-related standard.

Existing standards can be relatively easily adapted for the PWR type of SMRs, because the industry and regulators have sufficient experience and knowledge on codes and standards for large-scale PWRs. But in most cases, new codes and standards will need to be developed for advanced reactors.

The development of new codes and standards is a very lengthy process. It will take massive resources and time to publish a new standard for the nuclear industry, and we might not see one ready before new SMR developers file their design certification application.

In the US, the NCR is currently approaching the completion of NuScale’s design certification application, and has approved an early site permit from the Tennessee Valley Authority for potential construction of an unspecified SMR design at its Clinch River site.

In the UK, the ONR has established a dedicated Advanced Nuclear Technologies team to oversee guidance and processes for the regulation of SMR and advanced modular reactor technologies. The UK SMR project team is aiming to complete the ONR’s Generic Design Assessment process in time to start building the first of a kind power plant in 2025.

Many SMR designs, including the three considered above, have the potential to be used for co-generation of process heat, district heating or desalination of seawater. This will introduce additional complexity for regulators to approve the power plant C&I design if the co-generation processes are located at the same site for economic reasons.

This brings new challenges because extra safety measures will need to be considered. For example, additional safety features of the control system and evacuation plan must be approved by an adequate jurisdictional authority for the orderly shutdown of both the nuclear plant and industrial processes in the event of an accident.