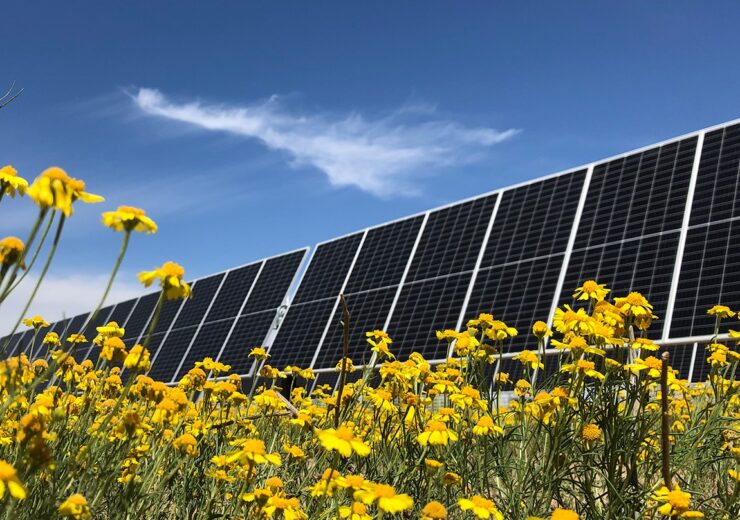 The Taygete I solar project is located in Pecos County, Texas (Credit: Nestlé.)

7X Energy has partnered with Nestlé to be the sole tax equity investor for its 250MW Taygete I energy project in the US.

Nestlé will purchase 100% of the renewable electricity attributes generated by the project’s energy production, which is estimate to be 750,000MWh per year for 15 years.

The project is currently in final energisation phase, with construction activity is complete. It is expected to begin full operations early next year.

7X Energy president and CEO Clay Butler said: “Taygete I is an exciting achievement for 7X in which it is now an independent power producer.

“Our expansion into ownership and asset management is the clear evolution for 7X as we are committed to the highest design and construction standards while also aggressively managing end to end costs to provide greater access to more competitive clean energy.”

A portion of the power generated from the project will be sold to J. Aron & Company, a subsidiary of Goldman Sachs.

The solar project is powered by more than 856,000 of JinkoSolar modules, Power Electronic Freesun HEM inverters and uses NextTracker components.

7X Energy had selected Swinerton Renewable Energy for the construction of the Taygete I solar project under an engineering, procurement, and construction (EPC) contract.

During the construction phase, more than 300 jobs were created. During the life time of the facility, it is expected to generate tens of millions of dollars in property tax revenue to the county.

7X said that it has now originated 1,350 MW of solar projects, which are either in operation or under construction in Texas.

According to the company, the projects combined represent an investment of over $1.5bn.