Kalium Lakes has announced the completion of the Front-End Engineering and Design (FEED) works for the 100% owned Beyondie Sulphate Of Potash Project (Beyondie SOP Project or BSOPP) in Western Australia. 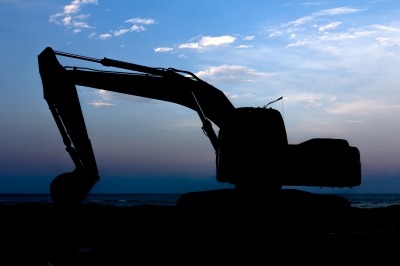 Image: The FEED optimisation works have been completed by German experts K-UTEC in conjunction with a number of equipment suppliers in Germany. Photo courtesy of Stoonn/FreeDigitalPhotos.net.

The FEED optimisation works have been completed by German experts K-UTEC in conjunction with a number of equipment suppliers in Germany which has continued to build on the previous work completed in the Bankable Feasibility Study (BFS).

Key FEED works and outcomes include:

Increased Production Rate: As a result of the recovery improvement, production rates have increased by 10% to a 90ktpa SOP Stage 1 facility ramping up to 180ktpa SOP Full Scale Facility.

Initial Mine Life in excess of 30 years (up to 50 years): Mine plans have been updated to reflect the recovery improvement.

Less Brine Extraction: Improved recoveries also mean that less brine is required to be extracted from the borefields and trenches, reducing brine extraction and pumping infrastructure.

NAIF Infrastructure Funding: As a result of the recently announced A$74 million NAIF loan package (refer to the ASX Announcement dated 20 February 2019), the base case project now includes installing key infrastructure at the commencement of the project including a gas pipeline and gas fired power station.  These items were included in the BFS as an alternative outcome with capital and operating costs highlighted

Kalium Lakes to become the 2nd or 3rd lowest cost producer in the world.

Pre-production Capital Cost of ~A$216M:  Capital costs are reduced through less brine extraction infrastructure and condensed pond size.  Capital costs increase as a result of the nett additional NAIF-funded infrastructure ($39M), a slightly augmented back end of the process plant to boost production rate and a larger 15.6% contingency (now $29M, previously $15M) to enhance certainty of delivering to budget.

Independent Technical Reviews: Independent technical reviews initiated by the banks have been completed confirming both the BFS and FEED outcomes.

No change to Ore Reserves or Mineral Resources.

Managing Director, Brett Hazelden, commented: “The completion of FEED works continues to confirm and improve on our Bankable Feasibility Study released in September last year.  The works incorporate feedback from independent reviewers, financial institutions, our technical team as well as our material construction and operation contractors.

“The significant reduction in operating costs means that Kalium Lakes is likely to  become one of the lowest cost producers   in the world.  Ensuring we can operate profitably, throughout the normal commodity pricing cycles, continues to be a key focus for the Company.

“The opportunity to install and own the power station and gas pipeline infrastructure, not only provides for significantly lower operating costs but also provides essential infrastructure for SOP production expansion and future magnesium by-product delivery,” Mr Hazelden said.

Volkswagen to support sustainable artisanal cobalt mining in the Congo