The Liza Phase 1 project is estimated to have a peak production capacity of 120,000 barrels of oil per day 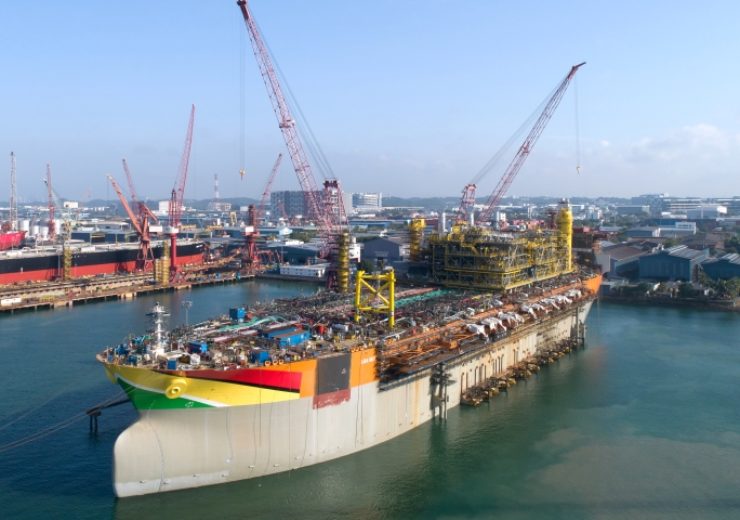 The Liza field is planned to be developed in phases. Credit: Hess Corporation.

ExxonMobil has commenced production from the $4.4bn phase one of the Liza field offshore Guyana, ahead of schedule.

Located in the Stabroek Block, approximately 190km offshore Guyana, in water depths of 1,500m-1,900m, the Liza phase one development is estimated to have a peak production capacity of 120,000 barrels of oil per day (boed).

ExxonMobil expects to sell first cargo from the initial phase of the Liza field, which is planned to be developed in phases, within several weeks.

“We are proud of our work with the Guyanese people and government to realize our shared long-term vision of responsible resource development that maximizes benefits for all.”

ExxonMobil’s Guyana affiliate president Rod Henson said: “Through our continued workforce development and community investments, we are making a positive impact in Guyana.

“We are committed to the use of technology and continued innovation to achieve the highest standards for safety and environmental performance.”

ExxonMobil said that a second FPSO, named Liza Unity, is under construction to support the Liza Phase 2 development. The FPSO will have capacity to produce up to 220,000 barrels of oil per day.

Additionally, front-end engineering design is underway for a potential third FPSO to support the development of the Payara field, subject to securing government and regulatory approvals.

According to estimates, the Stabroek Block has discovered recoverable resource of more than 6 billion oil equivalent barrels.

Esso Exploration and Production Guyana is the operator of the Stabroek Block with a 45% stake while the other partners include Hess Guyana Exploration with 30% interest and CNOOC Nexen Petroleum Guyana holding the remaining 25% interest.

ExxonMobil plans to operate at least five FPSOs, producing more than 750,000 barrels per day from the Stabroek Block by 2025.