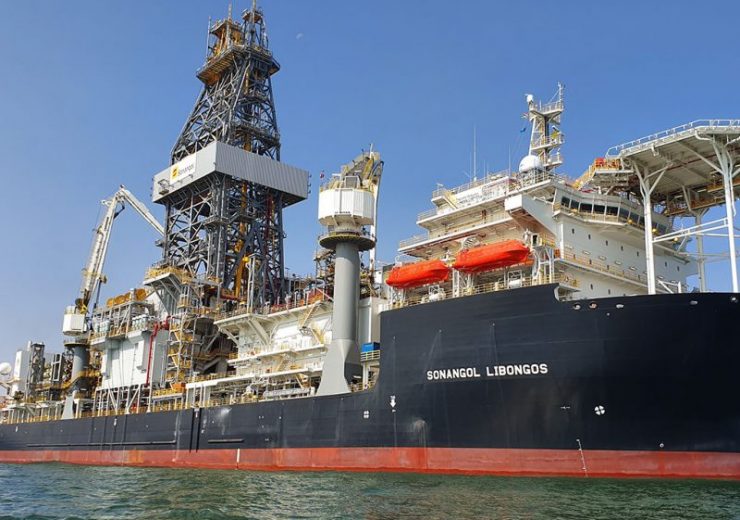 The Libongos drillship, managed by Seadrill, was used for making the light oil discovery at Cuica prospect. (Credit: Seadrill Limited)

Eni announced that the drilling of the Cuica-1 NFW well on the Cuica exploration prospect in Block 15/06, offshore Angola, has resulted in a new light oil discovery.

The Cuica prospect is located inside the Cabaça Development Area and near the Armada Olombendo floating production, storage, and offloading (FPSO) at Eni’s East Hub Development Project.

The Italian energy company said that the oil discovery is estimated to have a size of between 200 and 250 million barrels of oil.

The Cuica-1 NFW well was drilled by the Seadrill-managed Libongos drillship as a deviated well in 500m of water depth. The well had reached a total vertical depth of 4,100m where it had intersected an 80m total column of reservoir of light oil (38°API).

According to the company, the Cuica-1 NFW well will be sidetracked updip for placing it in an optimal position as a producer well. Production from the well will commence within six months from now, said the company.

Eni said that the expected production capacity from the well will be nearly 10,000 barrels of oil per day, going by the intensive data collection done by the company.

The company stated: “Cuica is the second significant oil discovery inside the existing Cabaça Development Area and confirms the Block 15/06 Joint Venture’s commitment to leverage the favourable legal framework on additional exploration activities within existing Development Areas, as promoted through the Presidential Legislative Decree No. 5/18 of 18 May 2018.”

Eni revealed that as the well-head location was placed near the subsea network of the East Hub project, it will facilitate an expedited tie-in of the Cuica-1 well and its production. This will help create value while extending the production plateau of Armada Olombendo FPSO, said the company.

Eni stated: “The discovery confirms the exploration potential of the block and Eni’s strong commitment to further unlock the value of the area through effective proprietary technologies and its capability to quickly turn resources into production.”

In December last year, the company discovered new oil in the Meleiha Concession, located in the Western Desert of Egypt.