The $15bn Corpus Christi liquefaction project (Corpus Christi LNG Project) in Texas, US, owned by Cheniere Energy, has been approved by the US Department of Energy (DOE) to carry out short-term liquefied natural gas (LNG) exports. 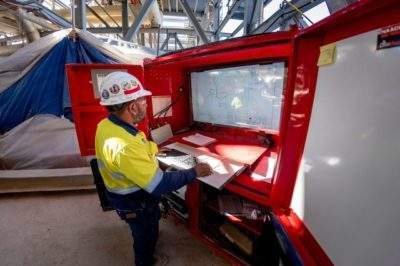 Image: In June 2018, Bechtel was issued full notice to move ahead with the construction of LNG Train 3 of the Corpus Christi LNG Project. Photo: courtesy of PRNewsfoto/Bechtel Corporation.

Under the approval, the Corpus Christi LNG Project will be allowed to export LNG to non-free trade agreement countries for a period of two years.

The DOE issued its order to Cheniere Marketing and Corpus Christi Liquefaction which authorizes initial commissioning volumes and other exports in accordance to short-term contracts with the LNG project in a volume of 2.1 billion cubic feet per day (Bcf/d) of natural gas.

In September, the department issued a similar order to permit the Corpus Christi LNG Project to execute short-term exports with the free trade agreement countries.

US Secretary of Energy Rick Perry said: “For the first time in 60 years, the United States is now the world’s largest producer of oil and natural gas, and we are now exporting natural gas to 30 nations on five continents.

“Approving short-term LNG exports from projects like Corpus Christi is just one example of how the Administration is pursuing energy dominance and boosting our economy.”

According to the DOE, the two-year export term will come into effect on either 31 December 2018, or the date of the first export from the LNG project, depending on whichever occurs first.

The Corpus Christi LNG Project has been designed to feature five LNG trains with expected aggregate production capacity of up to 22.5 million tonnes per annum (mtpa) of LNG.

The LNG export terminal is being built on the La Quinta Channel on the Corpus Christi Bay in San Patricio County with each of the five trains to have a production capacity of nearly 4.5mtpa of LNG.

The Corpus Christi LNG Project, which is being constructed in phases, will source resources from the Eagle Ford Shale, which is about 60km away.