The world's largest turbine manufacturer plans to integrate Modvion's wood-based designs into its own towers, saying the steel alternative can help it reduce emissions and build taller units 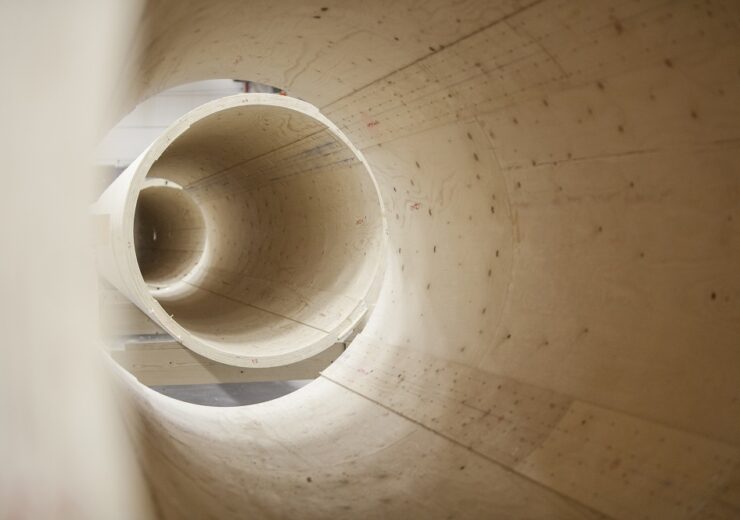 Modvion's turbine towers are built from Scandinavian spruce and designed for a modular assembly (Credit: Modvion)

In what is the first purchase made by Vestas’ newly-established venture capital arm, the Danish manufacturer takes a minority stake in the company for an undisclosed fee.

Modvion specialises in tower designs using laminated veneer lumber (LVL), offering a lower-carbon, more flexible alternative to typically-used steel in the construction of wind turbines. Its designs also address the issue of recycling decommissioned units at the end of their lifecycle.

In April 2020, the company erected a pilot tower in Sweden, and plans to build its first commercial project in 2022.

The interest of Vestas – the world’s biggest turbine manufacturer – in this design process points to a potential new innovative direction for turbine towers as their installations increase rapidly around the world.

Vestas says it has a “long-term goal” of integrating LVL towers into its own designs and product lines.

Currently, steel is the most commonly-used material for these large structures, but it is a metal that has a high carbon intensity during production, and decarbonising the industry has so far proved difficult to achieve.

Modvion’s designs could potentially reduce the carbon emissions associated with a wind tower by 80% compared to traditional processes, according to Vestas, through a combination of reduced steel use and lower transport intensity due a “stackable” modular assembly process and lighter weight.

The Swedish start-up says that, by weight, its wooden towers are in fact stronger than those made of steel, and can over time become less expensive options, particularly as cost efficiencies grow with taller turbines.

“The reduced weight of Modvion’s towers, in combination with their ability to align with Vestas’ modular product architecture, could allow for increased ease of transportation in logistically-challenged markets,” said Bo Svoldgaard, senior vice president and head of innovation and concepts at Vestas.

“The tower design could allow us to increase turbine hub heights, contributing to a reduction in cost of energy. Overall, there is potential to become less reliant on steel prices, which would support Vestas’ ongoing growth journey.”

Otto Lundman, Modvion chief executive, added: “We are excited to have Vestas onboard and for the chance to support the world’s leading wind turbine manufacturer in reaching its ambitious sustainability targets.

“To tackle the climate crisis, we need more renewable energy and increased use of sustainable, wooden constructions, and Modvion’s technology enables both.”

The Swedish firm currently uses Scandinavian spruce, sourced through certified reforestation programmes that will allow sustainable harvesting. The towers will be built to serve typical 25 to 30-year turbine lifecycle, and after decommissioning can be re-used in other applications including building construction.

Vestas has installed more than 77,000 wind turbines in 83 countries around the world, representing more than 132 gigawatts (GW) of power capacity.

It aims to be carbon-neutral by 2030 without using any offsets, and to reduce CO2 emissions from its supply chain by 45% per megawatt hour (MWh) over the same period. It has set a further target of offering zero-waste turbines to customers by 2040.