Essar Oil UK and Progressive Energy will lead the project to produce low-carbon hydrogen at the facility near Liverpool, using carbon capture technology that will store associated emissions under the sea floor 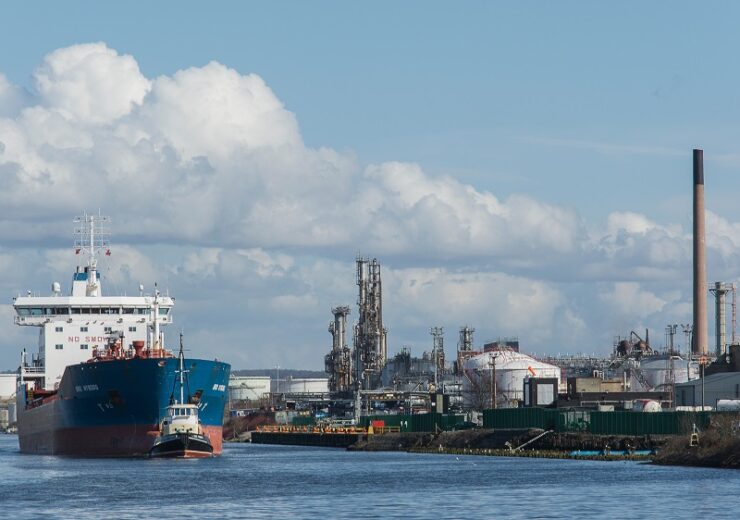 A partnership has been agreed to develop the UK’s largest low-carbon hydrogen operation, based at the Stanlow Refinery in the north-west of England.

Essar Oil UK, which owns and operates the refinery and is a subsidiary of India-based Essar, will work alongside UK-based Progressive Energy to develop the project, producing hydrogen fuels to supply the HyNet industrial cluster.

The £750m venture, comprising two production facilities, will initially be capable of producing three terawatt hours (TWh) of low-carbon hydrogen annually by 2025, with this output to be “quickly” scaled up to produce nine TWh each year.

Located at Ellesmere Port in Cheshire, the project will make hydrogen fuel from natural gas and other fuel gases at the refinery, with carbon emissions captured on site and transported for undersea storage in the reservoirs of Liverpool Bay.

Stanlow – where 16% of the UK’s road transport fuels are produced – will become the UK’s first zero-emission refinery, eradicating more than two million tonnes of carbon dioxide emissions each year, equivalent to removing almost one million cars from UK roads.

Industrial decarbonisation is key the UK’s efforts to reach net zero by 2050, with emissions from the country’s six main industrial zones accounting for roughly one third of the domestic carbon footprint.

“HyNet offers a once-in-a-generation opportunity to create real change in energy production and consumption, creating a cleaner world for future generations. It will unlock the low-carbon hydrogen economy in the North West, reducing emissions and creating and safeguarding jobs.”

Progressive Energy leads development of the HyNet project, which aims to become the world’s first net-zero carbon industrial cluster by 2040 and was awarded £7.5m in government funding last year to advance the delivery of hydrogen production integrated with carbon capture and storage (CCS).

HyNet is one of several zones of heavy industry around the UK aiming for a low-carbon makeover during the coming years.

The government wants at least one low-carbon cluster by the end of this decade, and one zero-carbon cluster by 2040. Around £1bn has been set aside to invest in CCS projects across four industrial zones over the next ten years.

He set a goal of developing five gigawatts (GW) of low-carbon hydrogen production capacity by 2030, and Essar says this new venture will be able to account for 80% of that target once fully scaled up.

“Hydrogen has a central role to play in our low-carbon energy solution,” said Essar Oil UK chief executive Stein Ivar Bye. “We are demonstrating that the industry is committed to play its part of the UK’s transformational hydrogen strategy.”