With its IPO expected to given the green light imminently, banks are eyeing up a bumper payday from fees associated with facilitating the Saudi Aramco public listing 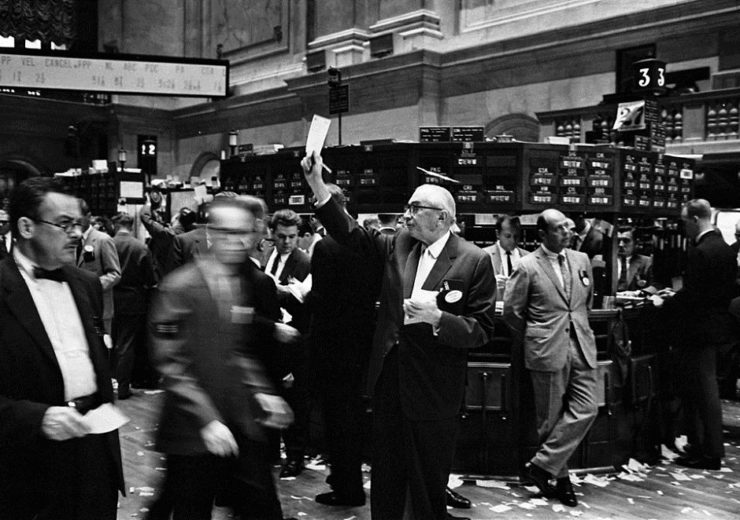 Saudi Aramco has listed 1.5% of the company on the Tadawul stock exchange (Credit: Wikimedia Commons/Library of Congress/Thomas J O'Halloran)

The much-anticipated Saudi Aramco initial public offering (IPO) is expected to generate up to $450m in fees for banks facilitating the share sale.

According to reports by Bloomberg, a group of around 20 banks is expected to help engineer the public listing, which could generate around $40bn for the Saudi state-owned oil giant when it green-lights the deal — something it’s expected to do imminently.

US banks JP Morgan Chase and Morgan Stanley are reported to be the main beneficiaries of this fee pool — which at roughly 1% of the figure to be commanded by Saudi Aramco is a comparatively small slice when compared with listings in other markets.

The oil producer aims to achieve a market valuation of around $2tn as a result of the IPO, despite suffering a setback last month when two of its key oil facilities in the east of the country where targeted by drone attacks.

Despite the incident — blame for which has been directed at Iran — causing significant disruption to oil supply, Saudi Aramco is pushing ahead with its plans for the IPO.

It has moved quickly to dispel investor concerns after the drone attacks, and has since confirmed that production levels have returned to normal levels of around 9.9 million barrels a day (m b/d), exceeding the 9.8m b/d prior to the attack.

In the immediate aftermath of the drone strikes, the firm was forced to suspend 5.7 million barrels of crude oil per day.

Earlier this month, it revealed plans to issue a $75bn dividend to investors in 2020, which is considered an effort to solicit investor interest ahead of the IPO in the wake of the disruption.

The company also confirmed that a “progressive growing dividend” would be issued “on a sustainable basis at board discretion” after 2020 moving forwards.

Saudi Aramco IPO will not affect relationship with Opec

But the planned share sale will not affect the oil giant’s relationship with Opec — the influential nation state organisation that reportedly accounts for almost half of the world’s entire oil production, and works to stabilise and regulate global oil supplies.

In an interview with Bloomberg, Opec secretary general Mohammed Barkindo said: “Saudi Aramco has worked very hard over the past couple of years to prepare itself for this one-of-a-kind IPO.

“I think for it to make this decision it must have evaluated the entire environment and decided that this is the best time.

“The company won’t change how it works with Opec at all — Saudi Arabia remains committed to Opec as a founding member and we have heard from the highest levels of government that the IPO won’t in any way affect its membership.”