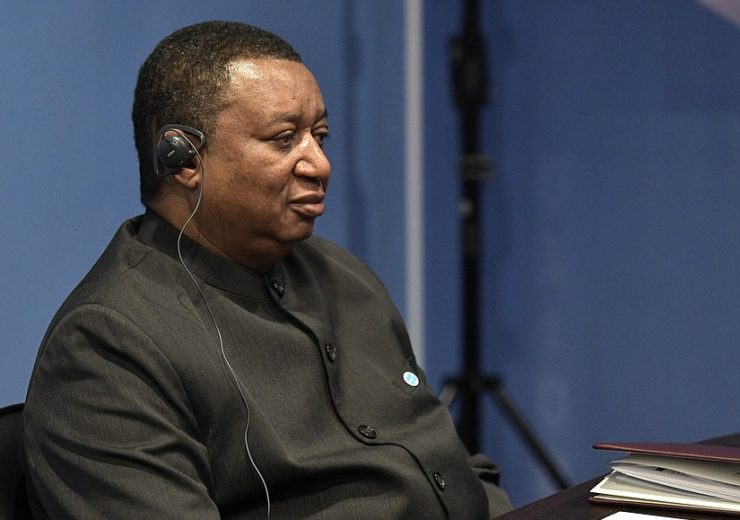 Opec's Secretary General Mohammed Barkindo says nothing will change between Opec and Saudi Aramco following the launch of the latter's IPO (Credit: Kremlin.ru)

Saudi Aramco will remain committed to Opec following the imminent approval and ultimate launch of its IPO, according to the oil cartel’s Secretary General.

In an interview with Bloomberg, Mohammed Barkindo said the Saudi state-owned oil giant had worked hard to prepare its public listing, but has no plans to change its interaction with Opec going forward.

Saudi Aramco is expected to sign off on its long-awaited IPO sometime this week following a delay caused by the drone attacks on its Abqaiq and Khurais oil facilities last month that hamstrung 5% of global supply.

Barkindo said: “Saudi Aramco has worked very hard over the past couple of years to prepare itself for this one-of-a-kind IPO.

“I think for them to make this decision they must have evaluated the entire environment and decided that this is the best time.

“The company won’t change how it works with Opec at all — Saudi Arabia remains committed to Opec as a founding member and we have heard from the highest levels of government that the IPO won’t in any way affect their membership.”

Saudi Aramco’s chairman Yasir al-Rumayyan said on 15 October that his company’s IPO will “take place sooner you think”, despite a delay having been caused by last month’s drone attacks.

The company has also revealed plans to pay a $75bn dividend to investors in 2020, as it forges ahead with preparations for its public listing.

The dividend announcement is considered an effort to boost investor interest ahead of a public offering, with the company still hoping to secure a market valuation as high as $2tn.

A corporate overview on the Saudi Aramco website outlines plans for the $75bn shareholder dividend in 2020, as well as a “progressive growing dividend on a sustainable basis at board discretion”.

Saudi Aramco added in the statement: “For the years 2020 to 2024, if annual dividends declared would have been less than $75bn, dividends to non-government shareholders are intended to be prioritised so that they receive their pro-rata share of a $75bn equivalent dividend.

“In such case, the government will receive the remaining amount of dividend.”

Aside from the dividend, Saudi Aramco also announced a change to its royalty payments scheme on Brent crude oil – with the marginal rate amended to 15% for prices up to $70 per barrel, 45% between $70 and $100, and 80% if the price rises above $100.