The Oyu Tolgoi copper mine in Mongolia has been hit by delays and rising costs, prompting a row between project partners over how to plug the funding gap 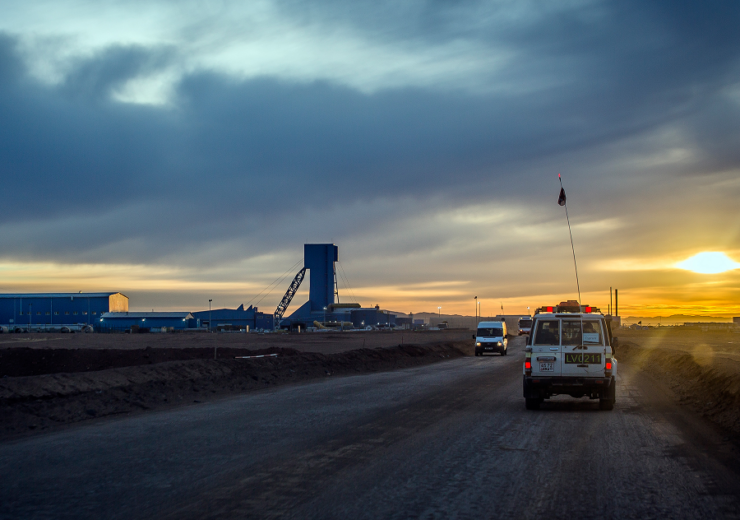 Oyu Tolgoi will be the world's fourth-largest copper mine once fully operational (Credit: Rio Tinto)

Rio Tinto has set the cost of developing the first stage of the vast Oyu Tolgoi copper and gold mine in Mongolia at $6.75bn, aiming for first production to begin in October 2022.

That overshoots original estimates for the project, which had been intended to be operational by early 2021 at a cost of $5.3bn.

The mine was already running behind schedule and over budget prior to the coronavirus outbreak, but Rio said earlier this year the pandemic had caused additional delays due to restrictions put in place to control the spread of the virus.

The venture, located in the south Gobi Desert, is expected to become world’s fourth-largest copper mine once it achieves peak production, estimated to be around 480,000 tonnes of the metal annually between 2028 and 2036.

In recent weeks, a public dispute has unfolded between the Australian miner and its partners at Oyu Tolgoi – the Mongolian government and Canadian-listed Turquoise Hill Resources – over management of the project and the expansion of the mine will be financed.

Rio’s stake in the project is held via its majority ownership of Turquoise Hill, which in turn holds 66% of the mine alongside Mongolia’s 34% interest.

Turquoise Hill launched arbitration proceedings against its parent company in November, seeking clarity on how the funding arrangement will be structured.

Rio Tinto says this issue, along with regulatory approvals and a decision on a power source for the mine needs to be resolved between the partners in order for caving operations to begin in 2021.

“We now have a pathway to bring the underground project into production, which will unlock the most valuable part of Oyu Tolgoi,” said Rio Tinto’s chief executive of copper and diamonds Arnaud Soirat.

“We will continue to work together with the government of Mongolia and Turquoise Hill to progress the project, including finalising all necessary approvals and agreeing a solution on power and funding.”

The dispute between Rio and its partners concerns how to raise the additional funds needed to support the expansion of the underground section of the mine, reported to be around $3bn.

The Australian miner favours a stock offering by Turquoise Hill, while its subsidiary prefers a method that involves debt financing “to minimise the size, and defer the timing, of an equity rights offering (if any)”.

The arbitration process will seek to resolve these differences, although Rio has said in a statement that “progress has been limited” so far, and it remains of the view that “all shareholders should contribute proportionately and share equitably in the benefit”.

Investors in Turquoise Hill have voiced concern about an equity-financing model. Last month, Pentwater Capital Management, a US hedge fund with a significant minority stake in the firm, warned of legal action against Rio unless it allowed additional debt raising.

In a stinging letter to Rio Tinto’s board of directors, Pentwater CEO Matthew Halbower demanded a “course correction” to “enter into a financially-appropriate, non-equity financing agreement to fund the cost overruns at Oyu Tolgoi necessitated by your own management”.

Days earlier, the Mongolian government had set in motion plans for an independent review to investigate the delays and rising costs of the venture, a process that is likely to take several months.