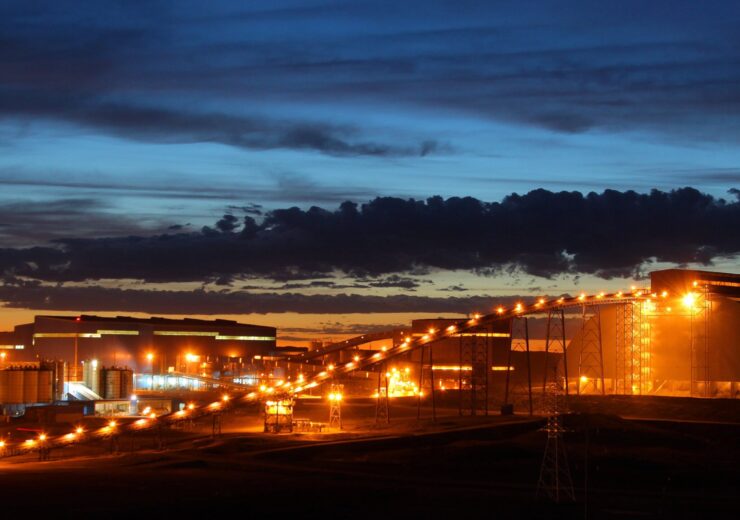 The Oyu Tolgoi gold and copper mine is situated in the south Gobi region of Mongolia. (Credit: © Rio Tinto.)

Anglo-Australian mining firm Rio Tinto has signed a memorandum of understanding (MoU) with resources company Turquoise Hill to progress the financing required for the completion of the Oyu Tolgoi underground mine in Mongolia.

Under the terms of the MoU, the two parties have agreed to pursue re-profiling of principal debt repayments with lenders under the existing project finance arrangements, and raise $500m in additional lending for the project.

Turquoise Hill Resources owns 66% stake in the Oyu Tolgoi gold and copper mine while the remaining 34% interest in the mine is held by the Government of Mongolia. Rio Tinto owns stake in Turquoise Hill.

Located in the South Gobi desert of Mongolia, the Oyu Tolgoi mine produced 146,346 tonnes of copper and 241,840 ounces of gold milling a total of approximately 40.8 million tonnes of ore last year.

Claimed to be one of the biggest gold and copper mines in the world, the mine is expected to produce more than 500,000 tonnes per annum (tpa) following further development at the site.

“We will continue working with TRQ and the Government of Mongolia to progress the underground project, which has the potential to unlock the most valuable part of the mine for the benefit of all stakeholders.”

In July, Rio Tinto has cut the estimated reserves it plans to mine at the Oyu Tolgoi mine, following the completion of an updated feasibility study.