Australia’s IGO to buy minority stake in Greenbushes lithium mine

The $1.4bn purchase will give IGO a 49% ownership of Tianqi Lithium Australia, which operates the huge Greenbushes project alongside US-based Albermarle 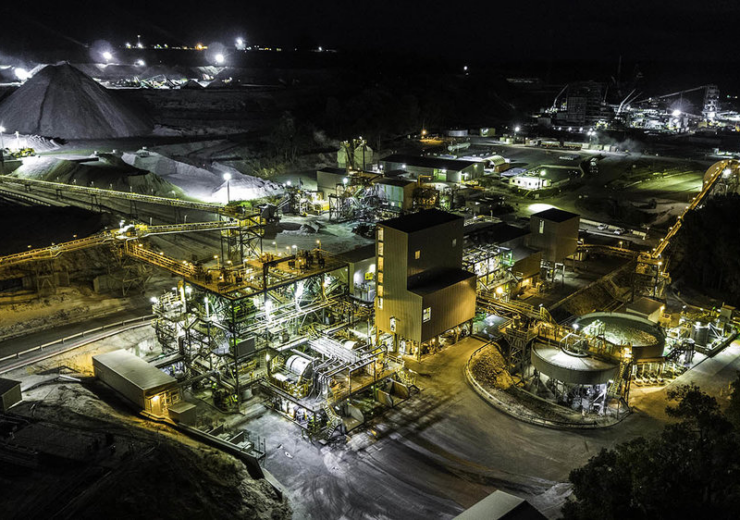 The Greenbushes mine near Perth in Western Australia is the world's biggest hard-rock lithium-mining operation (Credit: Talison Lithium)

Australian miner IGO will pay $1.4bn to acquire a minority interest in the Greenbushes lithium mine in Western Australia – the world’s largest hard-rock lithium operation.

The deal will give the independent gold and nickel producer a 49% stake in Tianqi Lithium Australia, a subsidiary of China’s Tianqi Lithium Corp, which owns 51% of the Greenbushes venture.

It means IGO will take a 24.9% overall ownership in the lithium mine, as well as a 49% interest in the nearby Kwinana lithium processing plant, which has been suspended for most of the year.

There has been speculation throughout the year that Tianqi was looking to offload a portion of its stake in the venture as it struggles under heavy debt and a fast-approaching repayment deadline.

The Chinese firm has until 28 December to address a $1.9bn loan linked to its 2018 acquisition of a stake in Chilean lithium producer SQM, and has said the cash raised through the IGO transaction will be used primarily to service the principal payments on this debt.

Since Tianqi paid around $4bn for the 24% stake in SQM, lithium prices have tumbled due to a global oversupply that has outstripped demand for the metal.

US-based minerals firm Albermarle owns a 49% interest in the Greenbushes mine, which is operated as a joint venture known as Talison Lithium.

The company has previously expressed interest in taking full control of the project should Tianqi seek a sale, but has said in a statement to Reuters that the IGO transaction “appears to be structured in a way that would not trigger Albemarle’s right of first refusal”.

The deal remains subject to regulatory approvals, and is expected to close during the second quarter of 2021.

IGO chief executive Peter Bradford said: “Both Greenbushes and Kwinana are world-class assets with attractive growth profiles that together provide the platform for building a global lithium business.”

In comments carried by the Australian Financial Review, he added: “We have transacted at what we believe is the bottom of the lithium price cycle and on the eve of the explosion of the electricification of transport and disruptive demand for lithium.

“We do not believe we were the top bidder, but we were prepared to consider a transaction structure that worked for Tianqi and which provided IGO the once-in-a-lifetime opportunity to invest in what is truly a world-class integrated lithium business.”

Greenbushes is the world’s largest hard-rock lithium-mining operation, consisting of open pit recovery of spodumene, an ore that contains high quantities of the sought-after metal.

Global interest in lithium is growing as a key manufacturing ingredient of technologies that will be used in the energy transition – particularly in the batteries used in electric vehicles and energy storage equipment.

Despite the price slump, demand is expected to rebound as countries around the world accelerate their low-carbon ambitions and scale up development green technologies.

Australia is by far the world’s top producer of the metal, more than doubling the output of its closest rival Chile in 2019.

Chinese companies, like Tianqi, have established a dominant position over the global lithium supply chain, a cause of particular concern in the US where President Donald Trump has taken a series of steps attempting to lessen his country’s dependence on China for imports of lithium and other critical minerals.