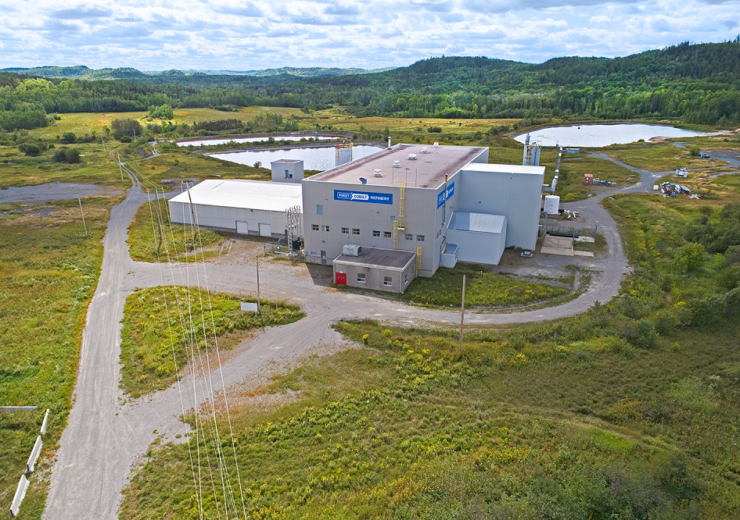 The facility, to be developed in partnership with Swiss miner Glencore north of Toronto, will produce the continent’s first battery-grade cobalt sulfate, a critical component of the batteries used in electric vehicle manufacturing.

It comes at a time when Canada and the US are seeking to reduce their dependence on imports of industrial minerals, with cobalt in particular dominated by Chinese producers that have often sourced the metal from mines in the Democratic Republic of Congo (DRC).

The announcement follows the successful completion of a feasibility study for the project that is earmarked to produce up to 25,000 tonnes of the commodity annually — representing 5% of the total global refined cobalt market and 100% of North American cobalt sulfate supply.

First Cobalt’s president and CEO Trent Mell said: “This is an important milestone in our efforts to disrupt the existing cobalt supply chain.

“The outlook for electric vehicles and the push by automakers to develop shorter supply chains creates an excellent opportunity. With most of the world’s cobalt refining capacity located in China, there is strong demand for a North American alternative.”

Growth in transport electrification will drive demand for cobalt

The scope of the project is to redevelop a mothballed refinery near Toronto that has been used intermittently to produce cobalt carbonate, nickel carbonate and silver precipitate since it was first commissioned in 1996.

The 120-acre facility has stood unused since 2015, and will now be repurposed and expanded by First Cobalt and Glencore at an initial capital estimate of $56m.

Currently expected to be the sole producer of North American cobalt, a number of electric vehicle manufacturers are said to have expressed interest in establishing purchase agreements with the venture.

Glencore’s head of copper and cobalt marketing Nico Paraskevas said: “As the world transitions to a low-carbon economy, cobalt will play an essential role in the growth of mobility electrification.

“We look forward to working with First Cobalt to bring a sustainable source of cobalt to the North American market.”

At present, China accounts for around 80% of global refined cobalt sulfate production, having established a relative monopoly over the mineral’s extraction in the DRC, where around 60% of the world’s supply is removed from the earth.

The distinctive silver metal has become an essential ingredient of modern technology infrastructure, due to its usefulness in lithium batteries and various other consumer electronics.

Human rights issues have blighted the Congolese supply chain though, with multiple reports surfacing of dangerous working conditions and child labour being prevalent modes of operation – particularly in the highly-deregulated artisanal mining industry that has flourished in the war-torn country.

With demand for cobalt expected to grow alongside the switch to wider electrification in transport, and many household-name technology firms heavily-reliant on these supply chains that reach deep into the DRC and China, growing investor concerns around environmental, sustainability and governance (ESG) issues will likely drive interest in a North American supply of the mineral.

A report from Benchmark Mineral Intelligence, cited by First Cobalt in the project announcement, notes that most automotive companies outside of China are interested in sourcing cobalt sulfate closer to their manufacturing facilities or from suppliers located outside of China.

Earlier this year, Canada and the US reached an agreement to deepen their ties on “mutual interests” related to the sourcing of critical minerals like cobalt amid the concerns about over-reliance on imports from places like China and Russia.