The diversified miner began the year facing serious disruption amid the pandemic, particularly to its diamonds business, but a late-year metals rally boosted earnings 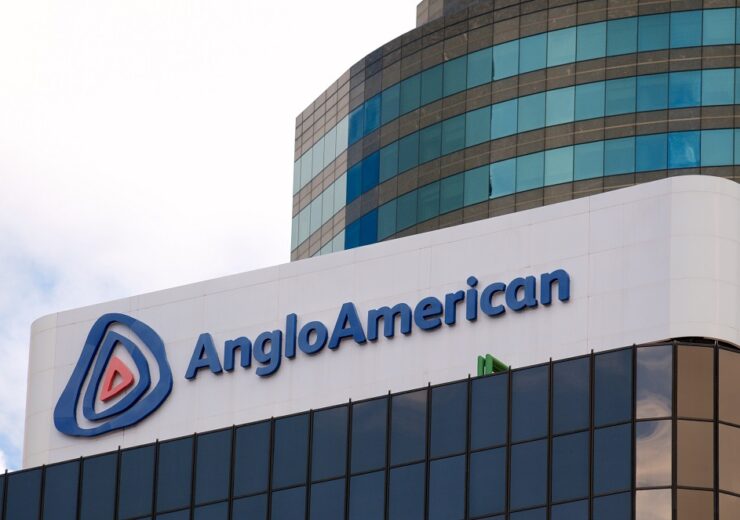 It was a year of two halves for the London-listed miner (Credit: Marlon Trottmann/Shutterstock)

Anglo American reported a 2% drop in underlying earnings in 2020, after a strong second half performance balanced against a difficult start to the year amid coronavirus disruption.

Underlying earnings before interest tax depreciation and amortisation (Ebitda) – the profit measure tracked by analysts – totalled $9.8bn for the year, down from $10bn in 2019. Increased returns from iron ore, copper and platinum group metals (PGMs) offset declines in its coal and diamonds business segments.

After the first six months of 2020, Anglo American had posted underlying earnings of just $3.4bn.

Metal prices rallied towards the end of 2020 bringing relief to mining firms, driven by demand from China as it emerged from lockdowns that had slowed economic and industrial activity earlier in the year.

The London-listed miner’s revenues grew 3% year-on-year to $30.9bn, while net debt increased from $4.6bn to $5.6bn over the period as a result of repairs associated with PGM refining and the impact of Covid-19 on diamond demand.

“Our balanced investment programme is driving material business improvement, while also delivering margin-enhancing and sector-leading volume growth of 20-25% over the next three to five years, that includes first copper production from Quellaveco in 2022.”

Anglo American spent $1.4bn on growth investments during 2020, primarily for the development of the Quellaveco copper project in Peru and the acquisition of UK-based Sirius Minerals as part of its interest in the Woodsmith polyhalite project in northern England.

“Looking further out, we benefit from a sequence of high-returning growth options, mainly in copper, PGMs, and now also crop nutrients,” added Cutifani. “Our business is increasingly positioned to supply those products that are fundamental to enabling a low-carbon economy and catering to global consumer demand trends.”

Last week, Rio Tinto and BHP announced bumper dividends after cashing in on the late-year price rally, while Glencore restarted its dividend after pausing the scheme due to coronavirus uncertainty.

Coal and diamonds earnings were down for Anglo American in 2020

Production and sales declined across Anglo’s De Beers diamond business in 2020, as global lockdowns had a “profound impact on global diamond supply and demand”, particularly during the first half.

“Improved trading conditions and an increase in demand” in the final six months of the year boosted performance, although underlying Ebitda from the business fell 25% to $417m over the full year.

Coal also proved a challenging sector for the miner, with full-year underlying earnings from the metallurgical business down 97% year-on-year to $50m. “Volume and cost performances were principally impacted by two underground operational incidents at Moranbah North and Grosvenor, as well as a longwall move at Grosvenor,” Anglo said in its results statement.

Late in 2020, the company completed the sale of a 12% interest in the Grosvenor coal mine in Queensland, Australia, netting $200m from the deal. The mine has been offline since May after an underground gas ignition incident, and is expected to recommence operations in the second half of 2021.

Iron ore was the strongest-performing segment for the Anglo American, with underlying Ebitda up 34% year-on-year to $4.6bn – almost half the company-wide total. Copper was up 15% year-on-year to $1.9bn, while PGMs grew 28% to $2.6bn.