Rio Tinto, BHP and Glencore have each confirmed big dividends this week, as mining companies benefited from a price surge for major commodities in 2020 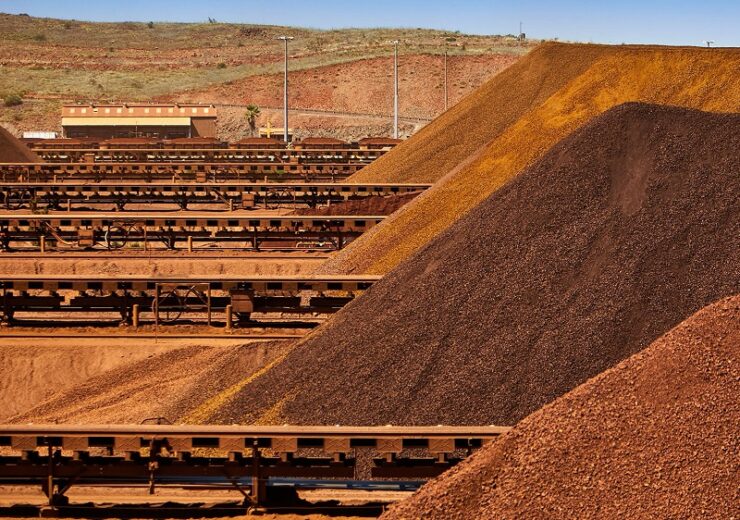 Rio Tinto has confirmed its largest-ever annual payout to shareholders, in a week when rivals BHP and Glencore also upped their own dividends in response to solid returns across the mining industry in 2020.

In total, the Anglo-Australian miner issued payments of $9bn for the full year, equivalent to 557 cents per share and 72% of its underlying earnings for the 12-month period. It includes a $5bn final ordinary dividend and a $1.5bn special dividend announced today (17 February).

Rio benefited from a surge in prices for iron ore – its biggest commodity focus – during the year, buoyed by strong demand for the steelmaking ingredient in China as the country emerged first from the depths of the coronavirus downturn.

Its underlying earnings from iron ore increased by 18% year-on-year to $11.4bn – accounting for more than 90% of total earnings from all product segments.

Yesterday, rival BHP issued a $5.1bn dividend alongside its half-year results on the back of strong earnings driven by the price surge for iron ore and copper. Analysts suggest an even bigger windfall could be on the cards later in the year when the firm posts its full-year update, assuming commodity markets maintain strong performance.

“These factors, combined with population growth and rising living standards, are expected to drive continuing growth in demand for energy, metals and fertilisers.”

Glencore resumed its dividend with a $1.6bn payment, having paused shareholder returns in August amid uncertainty surrounding the pandemic.

For the Swiss mining giant, 2020 was the last of its dividends to be paid out under the tenure of long-standing chief executive Ivan Glasenberg as he prepares to leave his role at the head of Glencore. The South African industry veteran retains a roughly 9% ownership interest in the company, however.

While the impact of the pandemic caused huge disruption to global industry and commodity markets last year, diversified mining companies have been boosted by growing demand for some of their core products, like iron ore and copper, as major economies prepare to build their way out of the economic downturn with large infrastructure projects.

Some analysts and financial planners, including at JP Morgan Chase, have suggested a new commodity “supercycle” may getting underway, with crude oil also enjoying a price resurgence after a dire 12 months amid record demand loss for petroleum fuels.

“Lower interest rates and high levels of government spending should both stimulate economic activity and increase demand for commodities,” noted analysts at Hargreaves Lansdowne. “Meanwhile years of financial restraint post 2015/16 mean miners haven’t necessarily spent as much as they might have on new mines.

“That combination of increased demand and lower investment in new supply could be explosive for commodity prices, and excellent news for miner’s profits.

“Ultimately, it’s difficult if not impossible to say with any degree of certainty which direction commodities will take. However, we certainly see an argument for miners being on track for better times ahead.”

A difficult year for Rio Tinto, despite financial gains

Yet despite the strong financial performance, it was also a damaging year for the company, which suffered a big reputational blow when it destroyed the Juukan Gorge aboriginal heritage site in Pilbara, Western Australia during a mine expansion in May.

The incident prompted a parliamentary inquiry and ultimately cost former chief executive Jean-Sébastien Jacques his job, along with two other senior executives.

Newly-appointed Rio Tinto CEO Jakob Stausholm said: “It has been an extraordinary year – our successful response to the Covid-19 pandemic and strong safety performance were overshadowed by the tragic events at the Juukan Gorge, which should never have happened.”

The mining company recently reshuffled its executive structure under the new boss, with a primary aim of rebuilding trust with project stakeholders following the episode.

Scope 3 emissions on the agenda

In today’s update, Rio outlined new targets for addressing its Scope 3 emissions – those caused by the end use of the products it sells, and the hardest to abate.

It said it plans to achieve net-zero emissions from the shipping of its goods by 2050, and align with the International Maritime Organisation (IMO) goal of a 40% reduction in shipping intensity by 2030.

Rio also plans to work with partners in the steelmaking sector on pathways to decarbonise the manufacturing process and invest in technologies that can advance this process.

Glencore recently set its own targets for tackling Scope 3 emissions, as part of a broader push to eliminate the entirety of its carbon footprint by 2050. It confirmed in its financial update yesterday that this climate strategy will be put to shareholders for an advisory vote at its forthcoming annual general meeting in April.

Carlota Garcia-Manas, senior responsible investment analyst at Royal London Asset Management (RLAM), welcomed this move, saying it “constitutes another big step in the transformation of this company and reinforces the value of shareholder engagements”. She added: “Glencore is one of a few companies leading the way” on climate action.