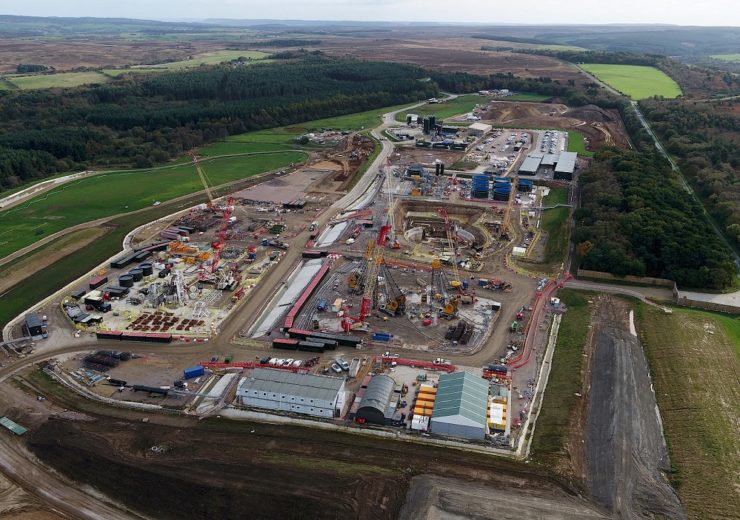 Anglo American has agreed to pay £405m ($527m) in a takeover deal for Sirius Minerals – presenting a lifeline to the firm operating the UK’s largest mining project.

The deal, which has yet to be ratified by shareholders, would rescue the UK miner from the financial difficulties that have raised question marks over the future of its flagship polyhalite project – Woodsmith Mine – in the north of England.

It would also announce Anglo American’s return to the fertiliser mineral market, having offloaded its previous assets in the sector in back in 2016.

The offer of acquisition values Sirius at 5.5 pence per share – representing a premium of 34.1% to the share price at the close of play on 7 January, when the two parties made the initial agreement.

He added: “We intend to bring Anglo American’s financial, technical and product marketing resources and capabilities to the development of the project, which of course would be expected to unlock a significant and sustained associated employment and economic stimulus for the local area.

“The addition of the project supports our ongoing transition towards supplying those essential metals and minerals that will meet the world’s evolving needs – in terms of the undoubted need for cleaner energy and transport, and providing infrastructure and food for the world’s fast-growing and urbanising population.”

The Woodsmith project is considered to be the world’s largest-known deposit of high-grade polyhalite – a mineral used in fertiliser, although currently lacking the same investor appeal as the more commercially-viable potash.

Plans for two 1.5km shafts at the operation and extensive underground tunnel shafts would make it the first deep pit mine to be built in the UK for a number of decades, and one of the biggest.

But difficulties in attracting the right level of financing have plunged the future of the project – and Sirius – into doubt, with share prices haven fallen from as high as 44 pence in 2016.

Last year, the company ordered a review to find a new strategic partner and investor in the project, having failed in plans to raise funds via a bond issue.

Sirius Minerals chairman Russell Scrimshaw admitted the review had failed to identify a suitable investor, and that the only “viable proposal” had come from Anglo American’s takeover bid.

“We acknowledge that to many shareholders our decision as a board to recommend this offer will have come as a shock”, he added.

“We regret that we could not deliver the complete stage two financing in 2019 despite a very broad and thorough process. Going into the review the board’s strong preference was a solution that allowed current shareholders to participate as fully as possible in the future development of the project.

“Following the strategic review process it is clear that no such options are currently available to us, and in that context Anglo American’s offer is the only feasible option.”

With shareholders now set to vote on the takeover proposal, Scrimshaw warned the alternative was to risk a “high probability” of the company falling into administration or liquidation within a matter of weeks.