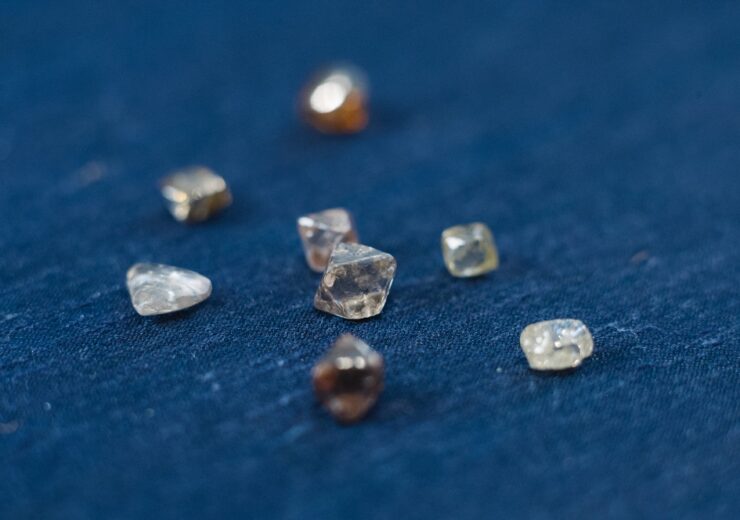 De Beers is one of the world's biggest diamond producers (Credit: Flickr/Anglo American)

Anglo American has announced a sharp decline in underlying earnings for the first half of the year as coronavirus disrupted operations, particularly in its De Beers diamond subsidiary.

The London-headquartered mining firm said the pandemic had delivered a “material impact” to group production activities, with overall output down by 11% year-on-year.

De Beers’ diamond sales volumes fell by 45% to 8.5 million carats amid the lockdowns, although despite the expectation of “significant challenges” continuing over the short term, the miner says its outlook for the diamond sector remains positive.

Group-wide earnings before interest, taxes, depreciation, and amortisation (EBITDA) stood at $3.4bn, compared to $5.5bn in the first six months of 2019, while revenue was down 16% over the same period to $12.5bn.

“We are continuing to invest and grow, with our products increasingly geared towards a fast-growing population and a cleaner, greener, more sustainable world.”

At De Beers, one of the world’s biggest diamond producers, underlying EBITDA fell to just $2m from $518m a year ago, due to “considerably lower sales volumes” and lower prices squeezing margins.

Anglo said in a statement: “Rough diamond sales have been materially affected by lockdowns and travel restrictions, delaying shipping into cutting and trading centres and preventing buyers from attending sales events.

“China has seen strong diamond jewellery sales post-lockdown, with sales for May and June above those for the comparable periods last year. Recovery in the US will be dependent on the re-opening of its economy.”

As well as a drop-off in sales, which more than halved in value over the period to $1bn, the company said most of its cutting and polishing centres in India and southern Africa had been forced to close due to the pandemic.

“A gradual opening of diamond cutting and polishing centres started at the end of May, however Covid-19 restrictions have remained in place, particularly in India, limiting capacity,” it added.

Elsewhere, the miner said strong production performance at its Minas-Rio iron ore operation in Brazil, where output grew 17% year-on-year to 12.6 million tonnes, as well as a 27% increase at the Collahuasi copper operation in Chile, helped offset lower volumes in other areas of the business.

Platinum and palladium production fell by 25% to 748,3000 ounces and by 21% to 531.600 ounces respectively, which Anglo attributed to lockdowns in southern Africa having reduced operating capacity for most of the second quarter.