Sirius Minerals operates the Woodsmith Mine, which is the largest mining project in the UK and has deep deposits of polyhalite 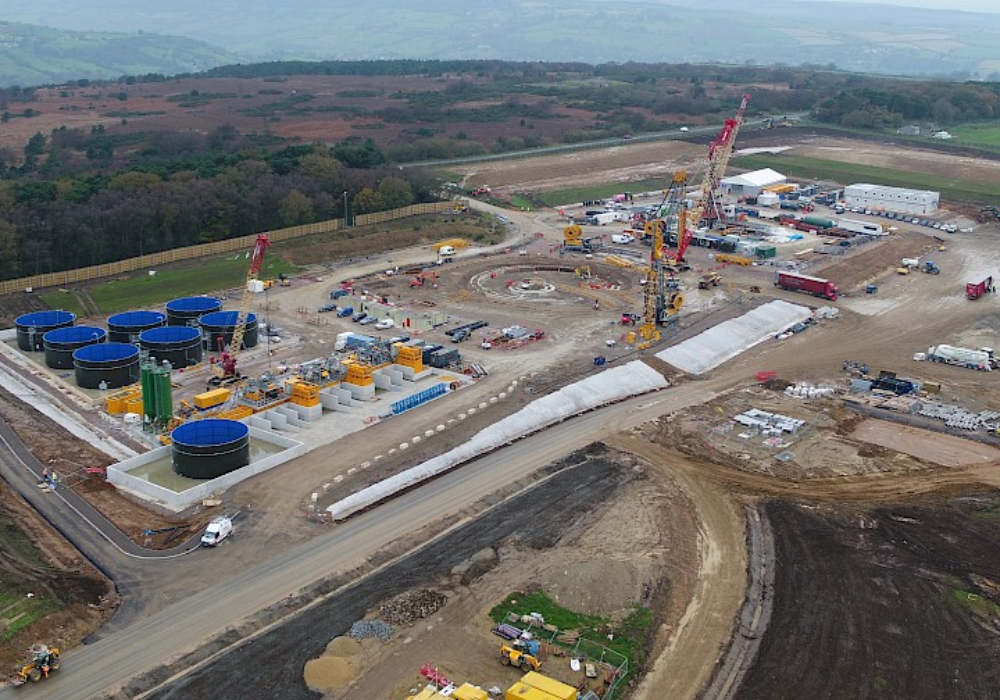 Anglo American has agreed a £405m ($527m) deal to take over Sirius Minerals — in a move that looks set to launch the UK’s first deep mine in 40 years.

Sirius Minerals operates the Woodsmith Mine, which is the largest mining project in Britain and has deep deposits of polyhalite — primarily used as a fertiliser.

But the project near Whitby in North Yorkshire, England, has thrown the miner into financial problems after it struggled to raise the necessary funds to complete the mine.

Anglo’s deal will rescue the company from potential administration and ensure Sirius’ shareholders recoup at least some of their investment — while creating 1,000 jobs when the mine opens.

Some shareholders previously aired concerns the proposal undervalued the company, but the deal will now go ahead after gaining approval on 3 March.

What is the Woodsmith Mine project Anglo American is looking to purchase from Sirius Minerals?

The Woodsmith project is considered to be the world’s largest-known deposit of high-grade polyhalite — a mineral used in fertiliser, although it currently lacks the same investor appeal as the more commercially-viable potash.

Plans for two 1.5km shafts and extensive underground tunnel shafts would make it the first deep pit mine to be built in the UK for several decades, and one of the biggest.

Under previous guidelines, Sirius anticipated the mine would reach a production capacity of 13 million tonnes (Mt) a year by 2026 and 20Mt by 2029 — creating 4500 direct and indirect jobs.

It has proven and probable ore reserves of 280Mt, with estimated resources of 2.66 billion tonnes.

Sirius has already pumped more than $1bn into the Woodsmith Mine, but Anglo believes a further $3bn to $4bn will be required to bring it forward to the operations stage.

The firm was forced to bring forward a review last September after failing to complete a bond issue required to unlock a $2.5bn lifeline package from American investment bank JPMorgan Chase — which meant Sirius had to accept Anglo’s offer.

The deal will mark Anglo’s return to the fertiliser mineral market, having offloaded its previous assets in the sector in 2016.

The acquisition offer values Sirius at 5.5 pence ($0.07) per share – representing a premium of 34.1% to the share price at the close of play on 7 January, when the two parties made the initial agreement.

He added: “We intend to bring Anglo American’s financial, technical and product marketing resources and capabilities to the development of the project, which of course would be expected to unlock a significant and sustained associated employment and economic stimulus for the local area.

“The addition of the project supports our ongoing transition towards supplying those essential metals and minerals that will meet the world’s evolving needs — in terms of the undoubted need for cleaner energy and transport, and providing infrastructure and food for the world’s fast-growing and urbanising population.”

Odey Asset Management, a London-based hedge fund, which owns a 1.29% economic in Sirius, said the 5.5 pence per share offer was not satisfactory and seems “to make a mockery of both internal and external audits at Sirius”.

In an open letter on 18 February, Odey claimed Anglo could afford to pay more without damaging its investment case and added it would only vote in favour of a bid at 7 pence per share or more.

But Sirius, which is set to run out of money by the end of March, has said the deal is the best option available to its investors.

The deal needed to receive the go-ahead from 75% of Sirius’ shareholders — some of whom are local investors that have put their life savings into the project — at a special meeting on 3 March for Anglo to complete the takeover.

Despite the unrest, investors representing 80% of the shares in the company voted in favour of the deal.

But most of the shareholders, some of which bought in when Sirius was worth 25 pence ($0.32) per share, are set to take huge losses.

Yashmin Ismail, who led a co-ordinated shareholder attempt to block the deal, described Anglo’s offer as “opportunism at its ugliest” and believes Sirius should have approached investors for more money, the Financial Times reported.

But Sirius’ chairman Russell Scrimshaw said the “positive outcome” from the meeting secures a “return for shareholders”.

He added that it “provides greater certainty in terms of safeguarding the project”,  protects the jobs of its employees, and allows the “community, region and the UK to continue to benefit from the project”.