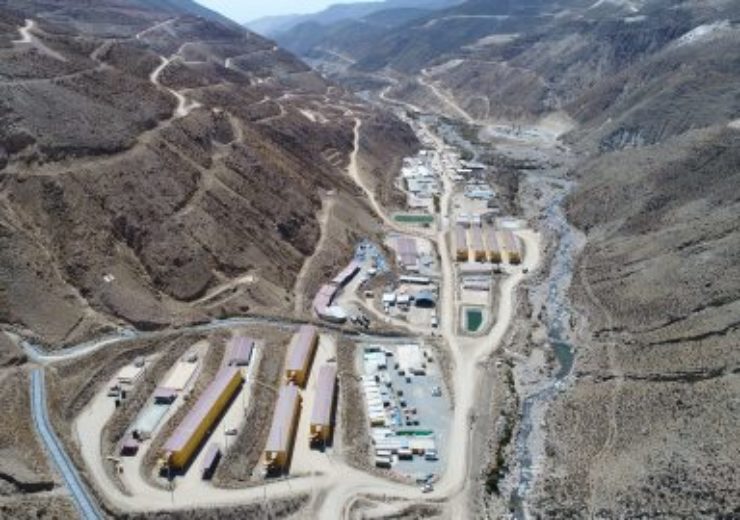 South African firm Anglo American has announced that construction work is being slowed down at the $5bn Quellaveco copper project in Peru, due to the COVID-19 quarantine measures implemented by the Peruvian Government.

The Quellaveco open-pit mine is being developed 34km east of Moquegua in southern Peru. It is owned by Anglo American Quellaveco, a joint venture between Anglo American (60%) and Mitsubishi Corporation (40%).

The latest move comes as the Peruvian government had announced a 15-day national quarantine to prevent the spread of the coronavirus outbreak.

Majority of employees and contractors at the mine temporarily withdrawn

Anglo American said that only critical areas of the project are continuing as normal, resulting in temporary withdrawal of the majority of employees and contractors.

Anglo American CEO Mark Cutifani said: “The safety and health of everyone must come first, ever more so at times such as these. We are in the process of safely demobilising most of the 10,000 strong construction workforce at our Quellaveco copper project, in support of the Government of Peru’s measures to control the spread of COVID-19.

“Our development of this world-class project has progressed ahead of schedule and within our budget and we would expect to be able to accommodate this slowdown within our market guidance on both timing and costs at this stage.”

The copper project, which is estimated to cost $5bn to $5.3bn, is planned to commence production in 2022.

According to the company, Quellaveco is expected to produce around 300,000 tonnes per annum (tpa) priced at $1.05 per pound of copper during the first ten years of production.

As per Mitsubishi estimates, the Quellaveco holds approximately 7.5 million tons (content metal basis) of copper in Ore Reserves and is highly cost-competitive.