Anglo American to move ahead with $5.3bn Quellaveco copper mine in Peru

Anglo American has made final investment decision to move ahead with the development of the $5.3bn Quellaveco copper mine in Peru. 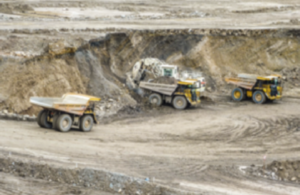 Image: The Quellaveco mine in Peru. Photo: © Crown copyright.

The investment decision comes as Anglo American reported a sharp increase in its profits in the first half of the year.

The mining giant’s profits increased 11% to $4.58bn in the first six months of this year.

The development phase of the project, however, will commence following completion of the proposed deal whereby Mitsubishi will increase its stake in AAQSA to 40%.

AAQSA plans to commence production from the project in 2022 and reach full production capacity in 2023.

Anglo American CEO Mark Cutifani said: “Quellaveco is one of the world’s largest and most attractive undeveloped copper orebodies.

“We expect Quellaveco to generate a real, post tax IRR of greater than 15%, with a four-year payback and an EBITDA margin of more than 50% due to its highly competitive first quartile cash cost position.

“We see significant potential to expand Quellaveco beyond its current 30-year reserve life as well as to increase throughput above the initial capacity of 127,500 tonnes per day.”

The Quellaveco project is expected to produce approximately 300,000 tons annually during the first ten years of full production, and at a cash cost of $1.05 per pound of copper.

According to Mitsubishi, the Quellaveco is estimated to contain approximately 7.5 million tons (content metal basis) of copper in Ore Reserves and is highly cost competitive.

The project is planned to be funded on an attributable basis with 60% by Anglo American and 40% by Mitsubishi.

Cutifani added: “The approval of Quellaveco is an important step in delivering the full potential of our world class asset portfolio, with an expected project ROCE in excess of 20%, and we look forward to working responsibly with all our stakeholders to make it a reality.”